Rebuilding the bullpen could prove more difficult than the starting rotation! 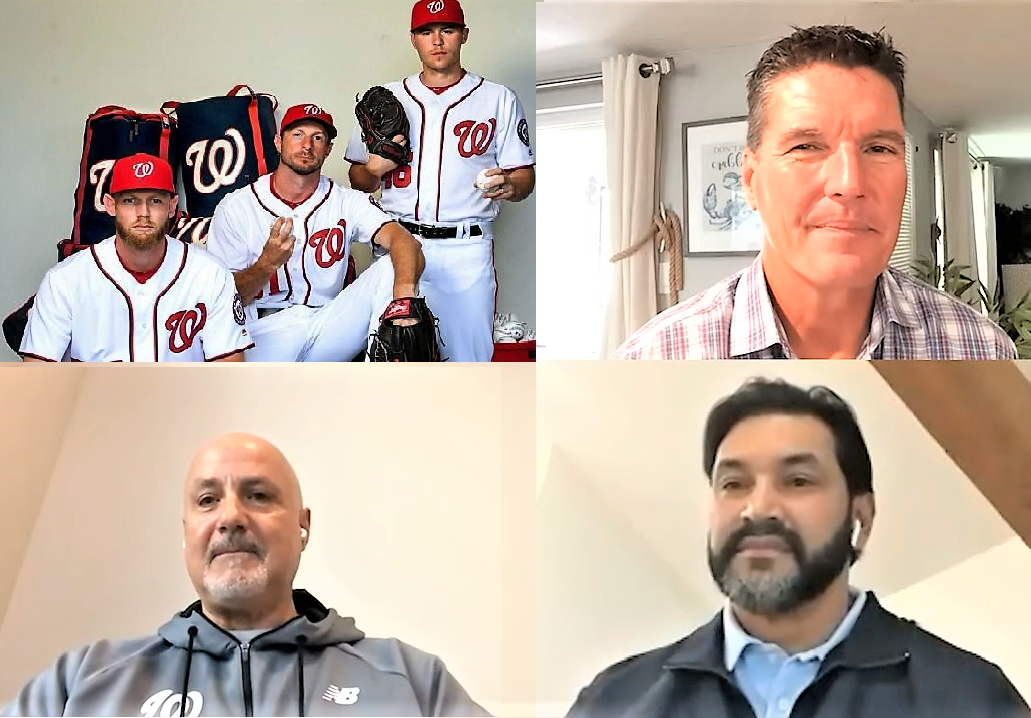 One thing we can all agree on from general manager Mike Rizzo’s presser over the weekend is that this Washington Nationals’ success in the future should be built around the starting rotation which was the formula in the past. But easier said than done. You need great starting pitchers in order to have that success — and the Nats are far from that now. Rebuilding that five-man rotation could prove easier than constructing a new bullpen in 2022.

What might surprise you is that the Nats went from one of the best bullpens to one of the worst. The issue with building a bullpen has a lot to do with use and usage and of course the players themselves, but also how they are managed. Under Nats’ manager Dave Martinez, the Nats’ bullpen ERA and blown saves were:

For comparison, in 2016, the Nats bullpen was the 2nd best in the NL at a 3.37 ERA and just 0.02 from being the best bullpen in terms of ERA, and they had 15 blown saves which was the best in the NL. Even though you would never know it based on Dusty Baker‘s use and usage of that best bullpen when it came time for the postseason, the record stands on the regular season and not the small sample sizes of the postseason that year. The statistics tell a good story for that regular season in 2016.  They went from one of the best to the worst under Martinez, but you can see that Martinez had one of the best bullpens when he took over in 2018. So what happened?

Part of it is the issue with all bullpens now is dealing with the new rules on the bullpens where relievers must face a minimum of three batters in an inning, but all teams play with the same rules. The Nats have changed pitching coaches four times since 2016. It also cannot be just about the quality of the pitchers in the bullpen, but it usually starts with that.

Go back to when Blake Treinen was a stud reliever in 2016, then all of a sudden he wasn’t in 2017 — of course that was until he was traded mid-season and he was the best again. I always pointed to the change in catchers in what I saw changed him in 2017, when he jumped from a 2.28 ERA in 2016 with the Nats and Wilson Ramos as his primary catcher to 5.73 in 2017 with Matt Wieters, then was traded to the A’s and was back to a 2.13. While Wieters might have been an issue for Treinen in 2017, he was fine with other pitchers. Kurt Suzuki and Yan Gomes were near the bottom of defensive rankings in their time with the Nats, but they never appeared to be the problem in DC with any particular pitcher.

With Martinez at the helm, we used to joke that it was “everyday” Sammy Solis until he was burned out. Then we would say the same for Wander Suero until he was burned out. Then it was the same for Sam Clay. They did not necessarily have to pitch every day, it was that they were up and throwing daily. Use and usage isn’t just about pitching in games, the up and down in the bullpen in what relievers call “dry humping” is much more than pitches per game that shows up in the stats. Martinez seems to latch on to a reliever who is having success and has overused them to where they become useless. But that still cannot be the entire problem, just part of it.

On this one, it is tough to blame general manager Mike Rizzo from the perspective that he built a good looking bullpen for the 2021 season. Brad Hand had no blown saves in 2020, and they added him to a bullpen with Daniel Hudson, and Will Harris to form the Triple-H. The only problem is Hand was ineffective, Harris was hurt and out for the season, and Hudson was basically the only reliever who was getting the job done. But the innings were piling up and Huddy was showing his age. The rest of who they had,  Martinez used 23 other pitchers in relief in the 2021 season.

“I’d love to run a guy out there in the ninth inning where you know that when he comes in, the game is over. I think that’s the goal of every team,” Rizzo said. “But I think that the bullpen as a whole is more important than one specific person to pitch one specific inning. … It’s always part of the puzzle that you have to put together, and often-times it’s the most difficult.”

It seemed every time Rizzo called up a new reliever that they failed over and over. Some started off really well like Andres Machado but after a while relievers were either figured out by the opposition or they could not handle the way they were used. The team even traded for Mason Thompson in the Hudson deal and called him up. He gave up four home runs in just 21 2/3 innings. Sam Clay was supposed to be an extreme sinkerballer who rarely gave up a home run — he gave up four in his 45 innings of work.

If you can pinpoint the bullpen problems, let us know. In the meantime, Rizzo will need to shore up the 2022 bullpen with a new closer, and hopefully two new set-up men. For minor league depth, the team has two promising arms being developed in Holden Powell and lefty Matt Cronin who was the ace closer at the University of Arkansas. The hope is they can develop into the future back of the Nats bullpen.

The Nationals will almost certainly look to add a front of the rotation starter for 2022 if they can get a deal done. The few top starters who will be available via free agency will be in demand by many teams.

Is there any chance the Nationals decide that Max Scherzer should be the starter they pursue? Given age and cost, you would think that Marcus Stroman makes more sense, but time will tell on this. Many want Scherzer back as he is set to be a free agent in a month.

OK, how about the colors change back again for next year!!!

If you saw the Dodgers’ wild card game last night, Scherzer was pulled at 4 1/3 innings as he ran into trouble. His bullpen rescued him and his two inherited runners did not score. Scherzer never pitched less than 5.0 full innings in a postseason start for the Nationals. Whether Dodgers’ manager Dave Roberts was using his own observations or the analytics, it worked out when he hooked Max. While Scherzer might have been upset at the time, his team won, and he seemed happy at the end.

Given that it was an elimination game last night, Roberts probably had a quicker hook than normal. But given the great Dodgers rotation of 2021, even with the suspension of Trevor Bauer, their starting rotation only averaged 5.21 innings per game. There were five teams that went deeper with their starters than the Dodgers. Here was a 2021 list of Nats starters and their average innings per start.

We will not rehash what we have written before about starting pitching use and usage, but you can certainly look at that chart then look at those pitchers issues third time through the batting order. The one way to solve the need wanting pitchers to go deep into games is to pay up for starters who regularly go deep and are effective third time through an opposing batting order.

“I think it’s a reasonable expectation that Strasburg and Patrick and Ross have to pitch more effectively and more often for us to quicken this reboot,” Rizzo said. “But this thing is built on starting pitching, starting pitching depth, and that’s what we’re trying to obtain via free agency, the Draft, trades and that type of thing, like we have in the past.”

The Nats will need to spend money to fix this problem, but part of the solution could come in-house from the team’s top prospect, Cade Cavalli, who could be available for a call-up during the 2022 season. The team expects to have Stephen Strasburg back, and all of the starting pitchers are under team control that finished the season with the team. Some will not make the team, and some others could be DFA’d. We will see on this as we get deeper into free agency to see what Rizzo does. Suffice it to say they are penciling in Strasburg, Patrick Corbin and Josiah Gray for three of the five slots in the 2022 starting rotation.