Game #160 Final series of the season and Boston has 3 must-win games! Nats in spoiler role! 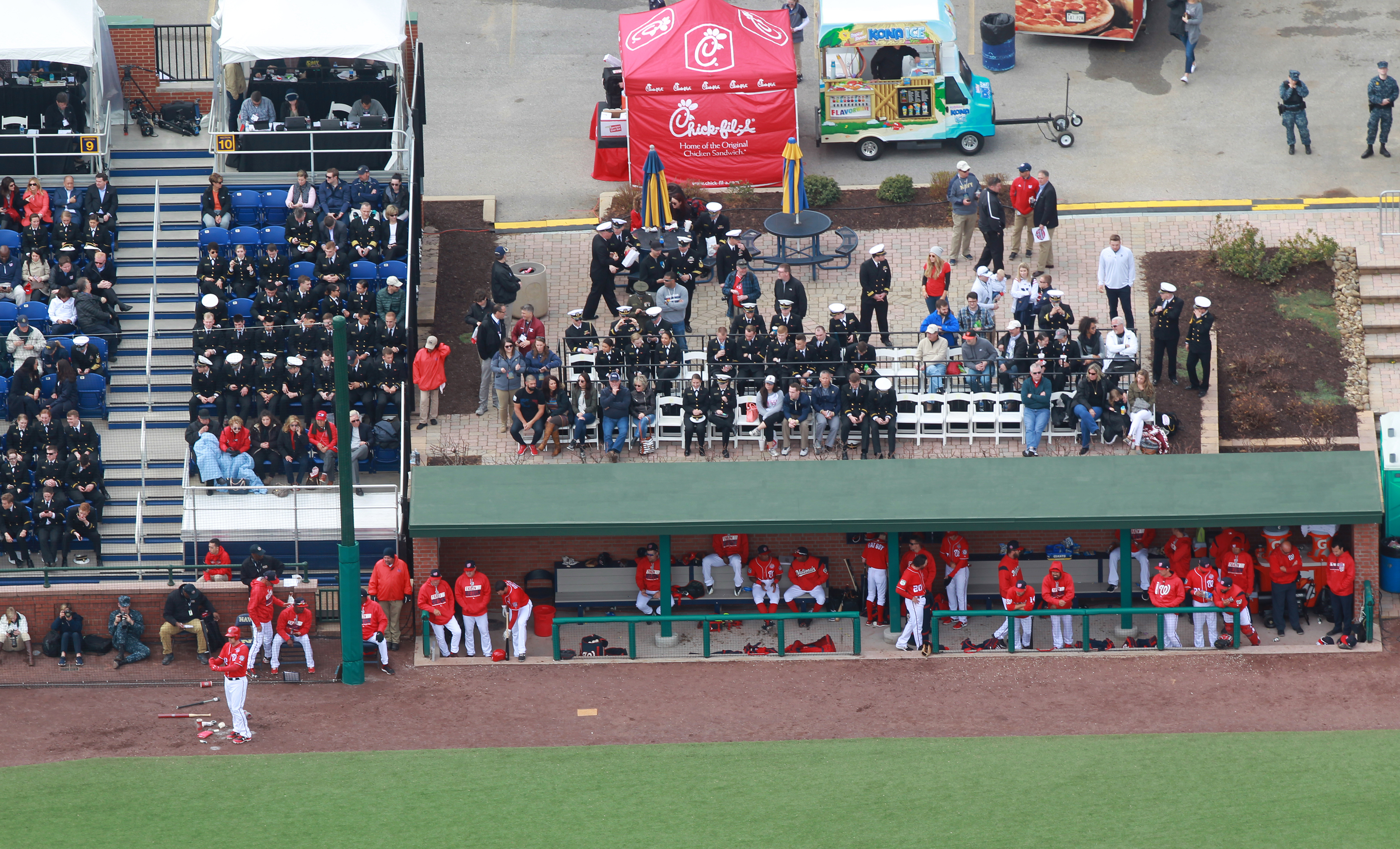 The last time the Red Sox played the Washington Nationals in the D.C. area in front of fans was at the Naval Academy. That was supposed to be an annual pre-season game for the Nationals in their relationship with the Navy — but Peter Angelos, the owner of the Orioles, put a kibosh on that claiming the Naval Academy in Annapolis was in his geographical territory, and that ended that. A philanthropic gesture by the Nats to benefit the Navy is now a distant memory. The Red Sox are very popular in the D.C. area given all of the transplants in the area so any meeting between these two teams is a huge draw.

Expect big crowds this weekend and cooler New England weather at night. The Red Sox are playing for their postseason lives right now after they just dropped two-of-three games against the Orioles who have lost 107 games this season. The Nats aren’t much better than the Orioles comparatively, but the O’s winning those two games probably cost them the first draft pick which looks to be going to the Diamondbacks. The Nats have clinched, worst case, the sixth pick in next year’s draft and if they lose all of their remaining games could move to the fifth pick ahead of the Marlins. The last time the Nats picked sixth was in 2011 when the selected Anthony Rendon.

Speaking of draft picks and prospects, the Nats graduated both Keibert Ruiz and Josiah Gray from top-prospect status so that put the team right back to where they were before the trade deadline with just Cade Cavalli and Brady House in the Top-100. House was just rated the second best player overall in the Florida Complex League by Baseball America.

Back to tonight’s game, the Nats will have the lefty Josh Rogers on the mound, and the Red Sox without a designated hitter, will bat their pitcher, Eduardo Rodriguez. Oddly, the Nats are not starting Ryan Zimmerman tonight against the lefty pitcher. Also, Luis Garcia is getting the night off in favor of Jordy Mercer.

Today is also the two-year anniversary of the single-heard-round-the-world when Juan Soto shocked the Brewers and cleared the bases loaded to win the Wild Card game in 2019 en route to the team’s first World Series win. What a moment. 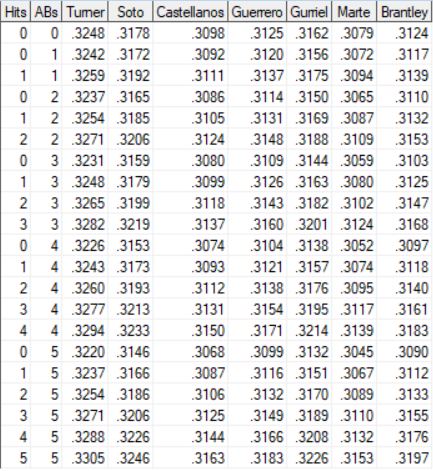 Juan Soto has been cold; Trea Turner has continued to hit. That pattern will have to reverse itself for Juan to pass Trea for the NL/MLB Batting average lead.

However, for those of us who enjoyed how Bryce Harper tanked during the critical series with the Braves, the good news is that he is so far behind Juan for second place that there is no way to him to catch up in up to 5 ABs. Let’s hope that continues thru the next 3 games. Nick Castellanos is the only NL player who could catch/pass Juan in up to 5 ABs. If Juan goes 0-3 or 0-4, Castellanos would have to go 5-5; if Juan goes 0-5, a 4-5 would also also Castellanos to catch Juan.

This table lists the only possibilities for Juan to pass Trea. For example, he would have to get at least 4 hits; and even if he did, Trea would have to have a 0-fer in 3 or more ABs. Three good games from Juan combined with three bad games from Turner might do the trick. Not likely, but possible.