Nats win one with no home runs in Colorado. 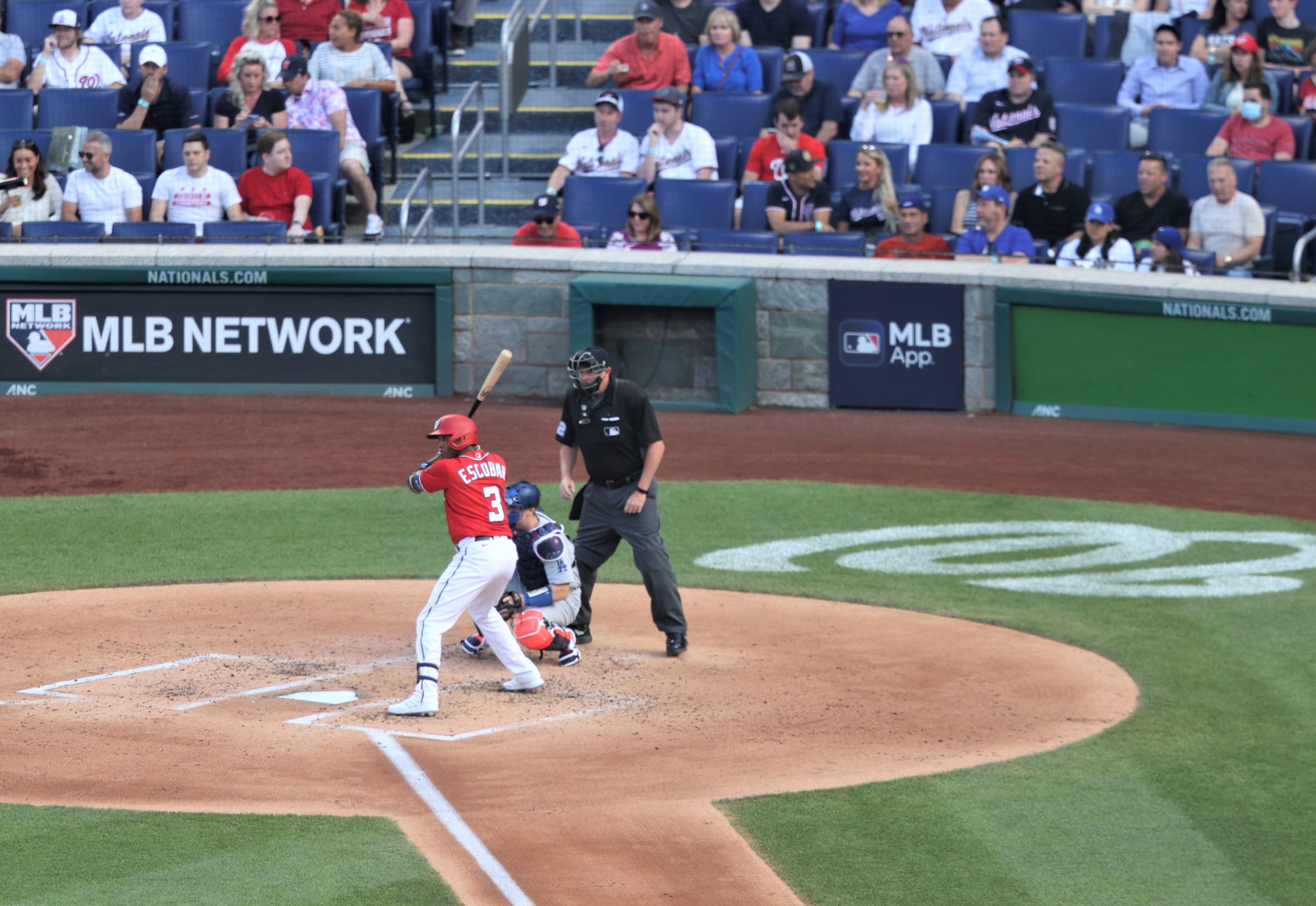 It was Alcides Escobar as the difference maker in this one on defense and offense to contribute to a 5-4 win. There were no home runs in this game in Coors Field, and runs were scored by walks, singles and doubles. Maybe the biggest blow in the game was by Luis Garcia, but it was Escobar who added-on for the Nats in the top of the 9th inning for the difference in the game.

Starter Josiah Gray had an impressive five shutout innings to start his night, and had his best slider of the season going. His start was shaky in the first inning after he hit Brendan Rodgers in the batting helmet in a scary moment.. Fortunately Rogers seemed to escape without serious injury.  Gray only threw a few curveballs, 14 percent of his total pitch count and got just two swing and misses on the curve. On closer inspection, the break on the curveball movement was as low as 2,271 rpm compared to his year’s average 2,427 — and while you could chalk that up to mile high air, his slider rpm’s was higher at an average last night of 2,105 rpm compared to his year’s average of 2,092.

When Gray got into the sixth inning, he couldn’t locate his pitches and loaded the bases and escaped with giving up only three runs before he was relieved with one out in the inning and the tying run at second base.

“Obviously the sixth was rocky with the single and the back-to-back walks … I’m happy with the way the first five innings went,” Gray said. “Still a work-in-progress, have to clean up the sixth.”

“I think he just got tired at the end,” manager Dave Martinez said of Gray. “Especially here [in Colorado] — the air. I’m tired now just coming up the steps. He’s pitched a lot since he’s been here. We’ll keep a good eye on him.”

Fortunately, Austin Voth stranded that runner that Gray left behind to earn a well-deserved “hold” in a fireman’s role. The bullpen had a shutout going until two outs in the ninth inning when the Rockies tried to make a late charge and pushed a run across to make it interesting off of Tanner Rainey who entered tonight as the closer. Rainey bent but didn’t break and retired the last out for the save.

The Nats squandered many opportunities and it wasn’t the best night for Juan Soto who stranded five runners and Josh Bell stranded six. In the ninth inning with a chance to blow the game wide open, the Nats had bases loaded and no outs and Soto popped up and Bell grounded into the inning-ending doubleplay.

All is well, because the team has 28-players and other guys showed up like Andrew Stevenson who had a bunt single in the ninth inning after Carter Kieboom began the inning with a single. The the Nats had four consecutive singles to being the ninth inning and scored that one run that was the difference. Once again, you saw the tangible results of what one run is worth. In this case, a victory.

For the offense, Garcia and Lane Thomas had two hits each, and Escobar had three in the hit column, and on this night, the bullpen was solid. Take out Gray’s sixth inning, and this would have been an easy one. But is anything ever easy with these 2021 Nats? You know that answer with 92 reasons to say no to that.