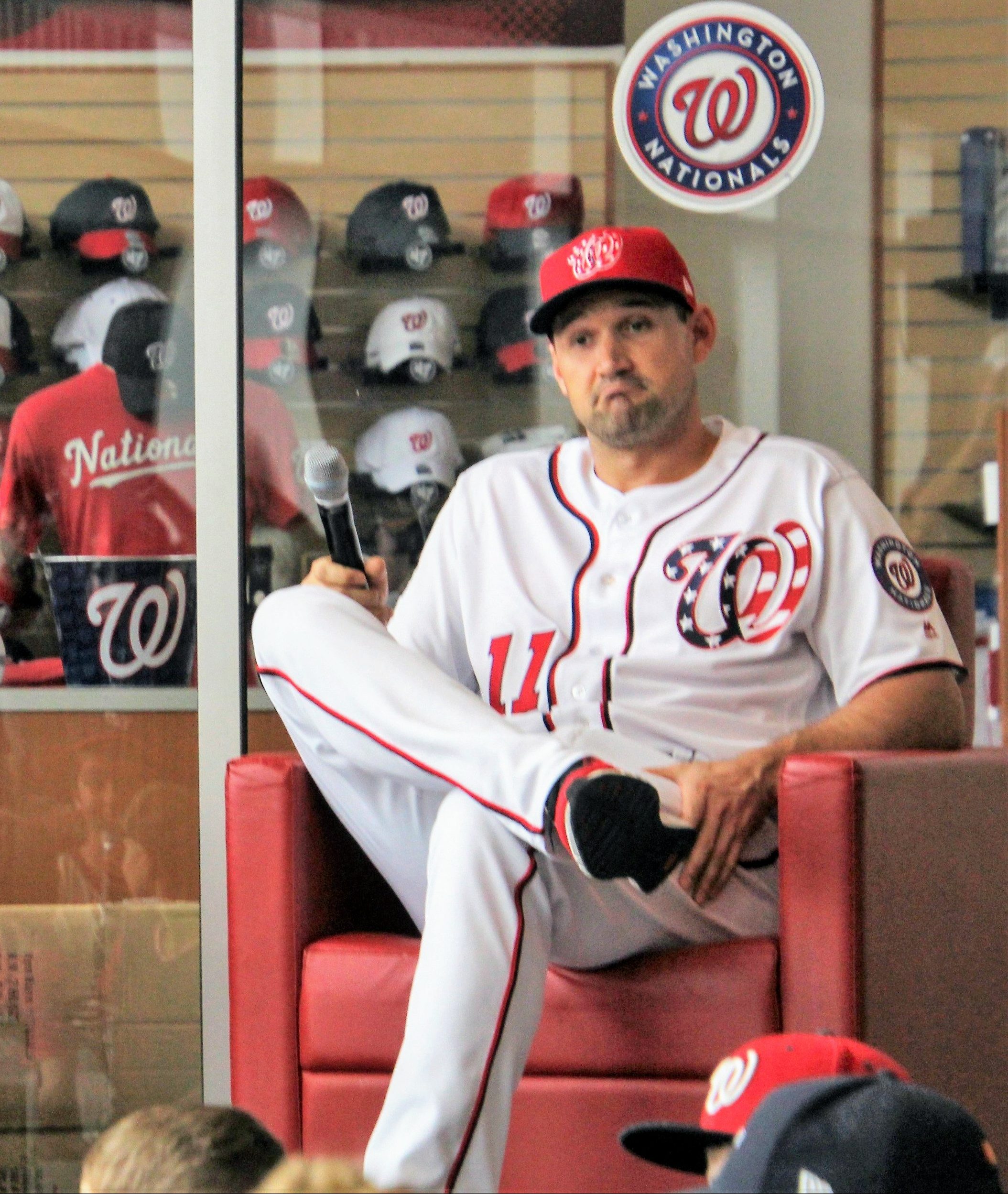 A happy birthday to the greatest Washington Nationals’ player of all-time. Employee #11 will be the last player to don the #11 jersey in Washington baseball history as they will retire his number officially at some point — but we have no idea if the Face of the Franchise is ready to hang it up soon.  Ryan Zimmerman is 16 homer runs from 300 in his career, and two walk-off home runs from the MLB record to tie Jim Thome. The original first draft pick of the Nats’ franchise will not reveal his intentions for the 2022 season until the weather is real cold outside his D.C. area home. So enjoy this start tonight, and hopefully he gets at least one more start this weekend J.I.C.

With Zim in the lineup, it will be Josh Bell with the day-off. He had a really poor game last night with the bat. But the good news is that Alcides Escobar, Lane Thomas, Luis Garcia, and others picked up the slack. That is what team sports is all about. Everyone rowing in the same direction and for one goal. This offense has scored an average of 4.85 runs per game since the trade deadline and almost a ½ run more per game than they scored before the deadline.

Amazingly last night in Coors Field the Nats did not homer as they have been averaging 1.14 homers per game since the trade deadline, and generally you figure you can add to those totals in Colorado. Nope, the Nats did it with walks, singles and doubles. That is just fine, but they still haven’t crushed too many opponents lately. They have a tough pitcher tonight in lefty Kyle Freeland who they just faced last week. The Nats counter with their own lefty, Patrick Corbin.

Can Corbin replicate what he just did to the Reds? He went 6 2/3 innings of shutout baseball. The Rockies had his number on the start before that so here is to hoping he can build on his last start and not the one before that.

Both the MLB and NL Batting Average race is boiling down to Soto vs. Turner, with Turner in the lead. There are others in the mix, but unless both Soto and Turner have a number of bad games and these other guys are on fire, the likely won’t take the lead.

Because of how far ahead both Turner and Soto are of everyone else, we’ve split the what-if tables into two.