The Nats have a winning streak going on Corbin’s arm and Soto’s bat! 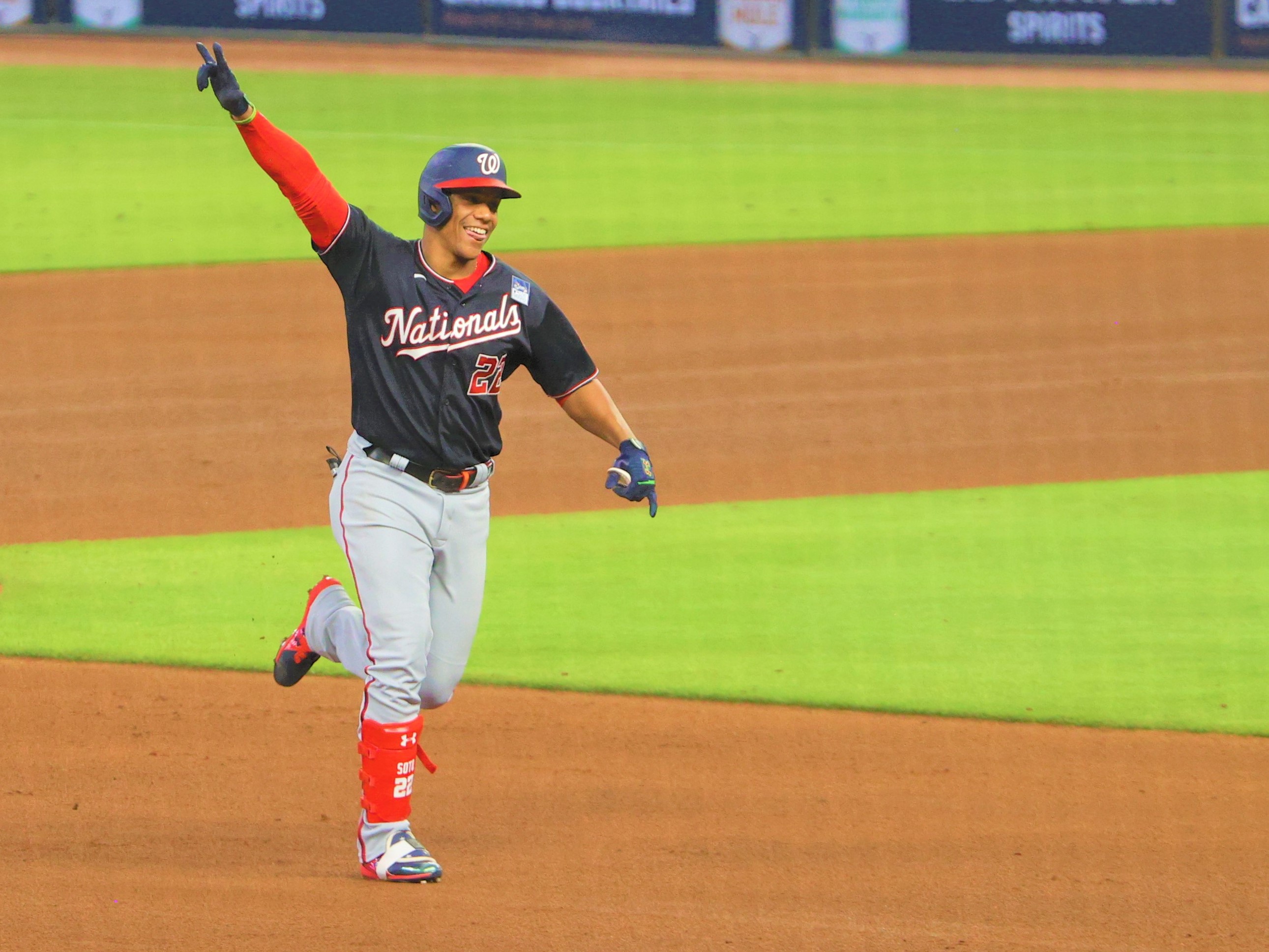 This felt like a 2019 win with Patrick Corbin pitching a gem, Juan Soto providing clutch offense, and the bullpen melting down. In the end, the Nats’ three runs held up, and they won this by a final score of 3-2.

With this win, the Nats have now won three games in a row, and four of their last five games. Corbin put up 6 2/3 frames of zeroes, and Juan Soto clubbed two opposite field home runs. Josh Bell continues to get on-base with two hits and a walk.

Soto’s accomplishments are piling up, and he has now reached base safely in 10 consecutive plate appearances, matching a Nationals record set by Nick Johnson who reached in 10 straight plate appearance on June 18-20, 2009.

“I’ve been learning this since I was in rookie ball: Never give up any at-bat, any time,” Soto said. “No matter what’s happening, just keep grinding, keep playing baseball. ‘Cause you never know. Maybe one at-bat can get you out of the .300 mark. I just want to be locked in, keep grinding every time. It doesn’t matter what is happening.”

While Kyle Finnegan was credited with his 11th save of the season, he took a 3-0 lead and gave up two quick runs before retiring the final three batters to make this a narrow one-run winner. Tanner Rainey got a nice hold in the 8th inning, and it was Mason Thompson who got Corbin off the hook in the 7th inning to retire the one batter he faced.

The team didn’t get into their hotel rooms until about 3:30 am in the morning so it was good to see the high energy in this game.