Nats win! Nats win! One of the best wins of the season! 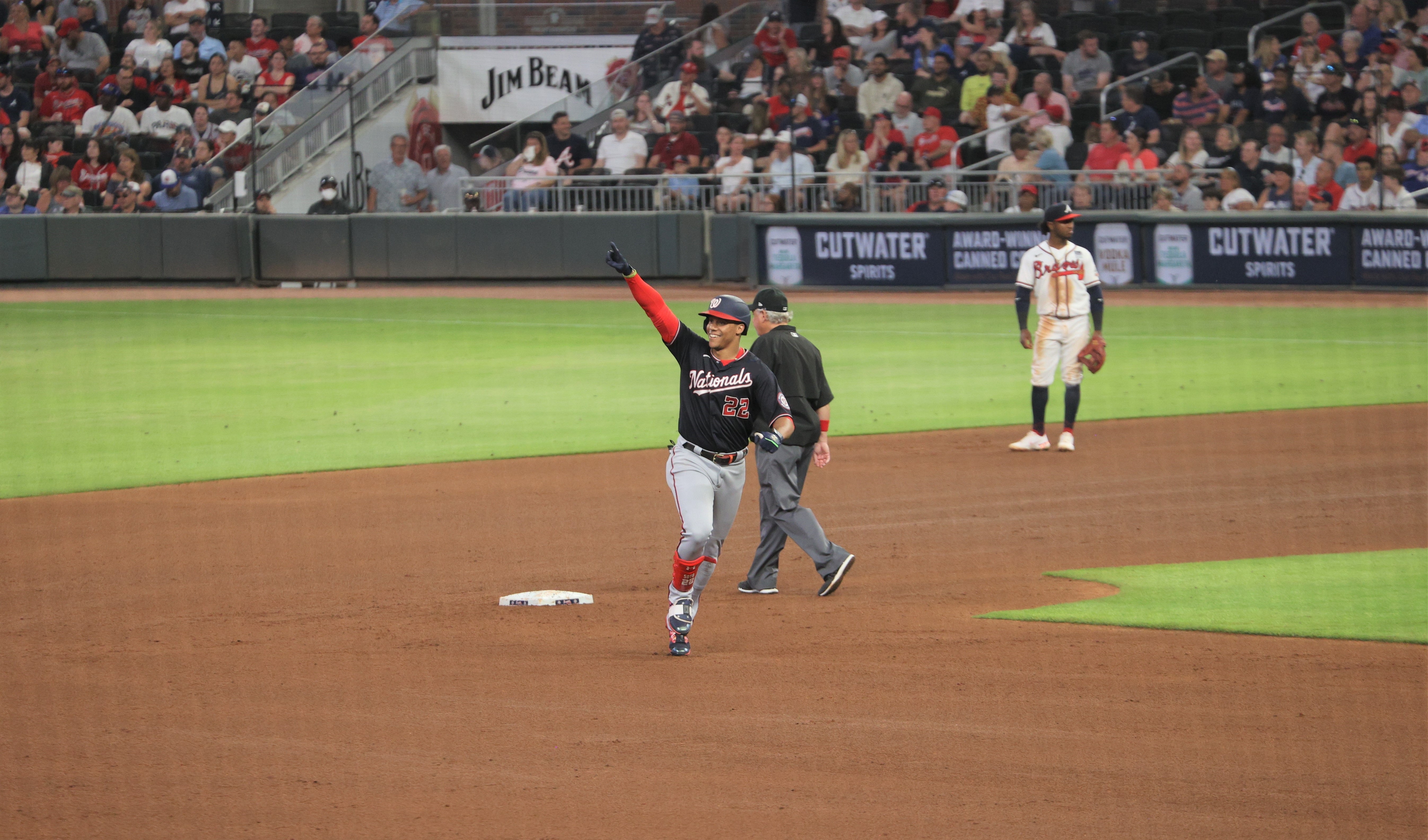 What a win for the Washington Nationals. After Sean Nolin was ejected for throwing at Freddie Freeman, he was sent to the showers after just three batters and one out in the first inning. The bullpen had to get 26 outs to complete this 4-2 win over the first place Braves. Some would say the Braves woke up a sleeping dog a day after reliever Will Smith plunked Nats’ star Juan Soto in his back — a pitch that looked intentional. Smith and Soto have a history going back to Soto homering off of him last year on August 17.

After the game, Nolin gave an interview, and looked into the cameras and said he didn’t intentionally hit Freeman.

“It’s super humid out there compared to places we’ve been playing,” Nolin said. “It just happens. Balls just slip out of your hand. Rosin for me doesn’t do much.”

That is Nolin’s story but the umpires huddled and threw the lefty out of the game. The bullpen was incredible. Wander Suero pitching the best he has all season and Patrick Murphy pitched 2 2/3 innings as the first reliever to come in after Nolin. Only Andres Machado and Austin Voth were tagged with a run each, but in Voth’s case, he threw a pitch near Eddie Rosario‘s ankles and he golfed it out. Sometimes credit goes to the batter.

Maybe the greatest revenge is saying little and carrying a big stick like Soto who crushed a 432 foot home run to really put an exclamation point on the game as that proved to be the game winning RBI. Josh Bell has a home run and 2 RBIs and the young Luis Garcia had an RBI double for the final run of the game.

In a show of good sportsmanship, after the first inning, Freeman put his arm around Soto and then went over to talk to manager Dave Martinez. It seemed to de-escalate the tension and no other players were thrown at the rest of the game.