Game #109 the Nats close-out a series that didn’t go according to their plan! 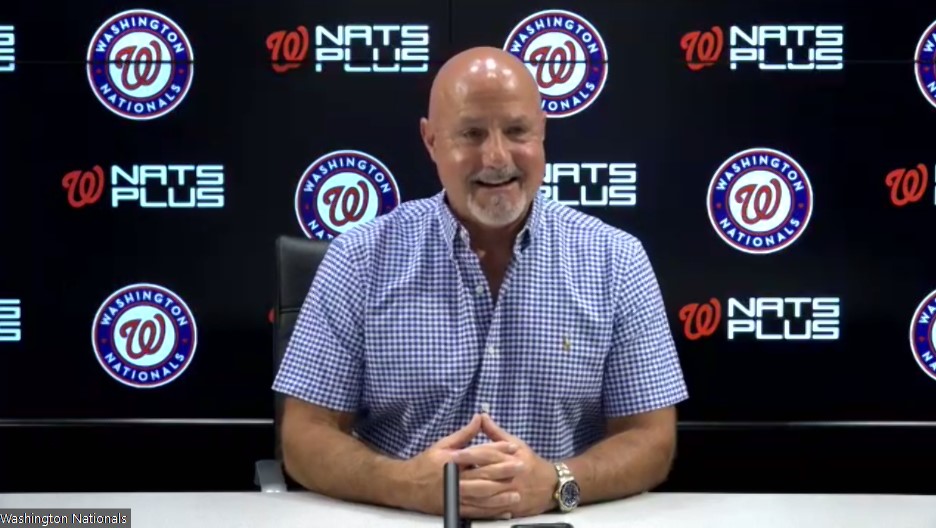 With the Washington Nationals in punt formation on the 2021 season, General Manager Mike Rizzo took to ZOOM to brief season ticket holders on the “State of the Nationals” and what started with apologies ended with optimism for a plan and a blueprint for the future. He assured season ticket holders that the plan the team had in place in 2009-2011 that other teams have now tried to copy would be the same plan that he is re-executing again saying that, “The worst possible thing is to sustain mediocrity.” He is right that even sliding into an NL East crown in a weak division is not ideal to act like you are something you are not.

The Nats are going with essentially yesterday’s lineup against righty Aaron Nola, but with Tres Barrera at catcher. Joe Ross tries to stop this 3-game losing streak.

"We felt no shame in taking a step back to take 2 steps forward in the near future to build this thing back up the right way," Rizzo said. pic.twitter.com/jxE3xQ8qdP

The Nats have seen some great signs of their future with Carter Kieboom and Luis Garcia cranking two home runs each, and neither are over-swinging. They both look relaxed at the plate and trying to show why they were top prospects in the Nats’ system going into the 2020 season.