A glimpse into the future was seen last night in the Nats top performers! 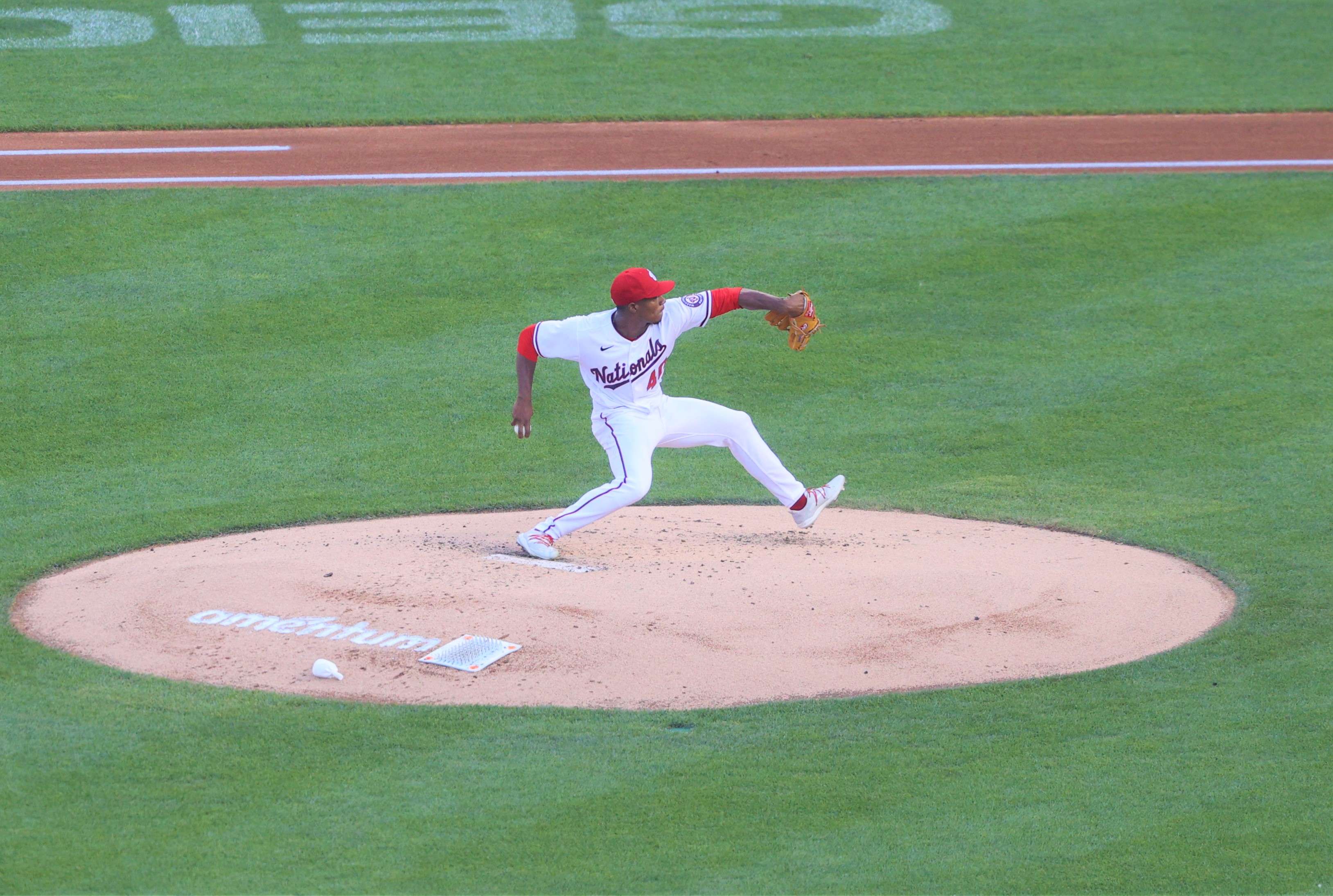 We saw a glimpse of the future last night for the Washington Nationals, and it was encouraging to see one of the team’s top prospects, Josiah Gray, turn in a very good outing over his 5.0 innings last night. Add to that Mason Thompson‘s debut with the Nats and the first inning of work from Gabe Klobosits, and even former top prospect Carter Kieboom who turned the best singular game of his short MLB career last night.

“I felt pretty comfortable throughout the whole outing. Just from pitch one to my last pitch,” Gray said. “Nerves didn’t really get to me. Obviously, they’re still there a little bit, but I felt comfortable.”

There was not a raucous crowd like there was on June 8 of 2010 for Stephen Strasburg‘s debut. This, however, was much livelier than Jordan Zimmermann‘s debut that was delayed during bad weather in front of a crowd that was probably totaled in the hundreds by the time JZim finished.

Gray only racked up two strikeouts and the 13 other outs were on a few loud outs on balls put into play — most in the air. He gave up one run on a long home run on a meatball in a 3-2 count. The top prospect worked the zone with his mid-90’s fastball and worked in two breaking pitches, slider and curveball, and a few changeups. As we wrote in the pre-game, the curveball and changeup need some work. And this is why we have to accept with these prospects, that this is a work-in-progress.

We got to see Thompson who the Nats received in the Daniel Hudson trade with the Padres. He got two quick outs, one by a strikeout, and then got himself in trouble with two singles and then worked out of trouble to cash-in a zero on his inning of work in the 6th.

For Klobosits, he only needed 4 pitches to record 3 outs in a quick 8th inning. Maybe he should not have returned for the 9th inning as he quickly gave up 2 hits, both which found seams in the defense. His statline looks awful after he exited because both of his inherited runners scored and he was charged with the loss.

But even in losses you could see how some of the youngsters stepped up. The oft-criticized infielder, Kieboom, had easily his best game of his career and most productive game since April 28 of 2019. With a home run and a single in last night’s game with 2 RBIs and some good defense, we have to hope that Kieboom can build on this.

The Nats payroll for next year has five players on multi-million deals and they are Stephen Strsasburg ($35 million), Patrick Corbin ($23.33 million), Juan Soto (Arb 2), Josh Bell (Arb 3), and Will Harris ($8 million). The Nats have just over $125 million committed and to possibly have some minimum contract players contributing would be a real plus for this team as they will have to decide how to compete for next year or do they just tank and figure it out on the fly?

On one hand, the Nats will open the off-season nearly $85 million under the 2021 CBT cap in a year that will be challenging with an expiring CBA. But more than that is the team has nearly $70 million wrapped up in Strasburg, Corbin, and Harris and nobody knows if those three can produce positive WAR. Two due to thoracic outlet surgeries, and one who just been pitching like a player at a crossroads.

With all the promise towards the future, we might have to look at 2022 as a season to figure it all out with the eyes on 2023. That could be the reality until we see differently.