A Yadiel Hernandez walk-off HR turns this one into a winner! 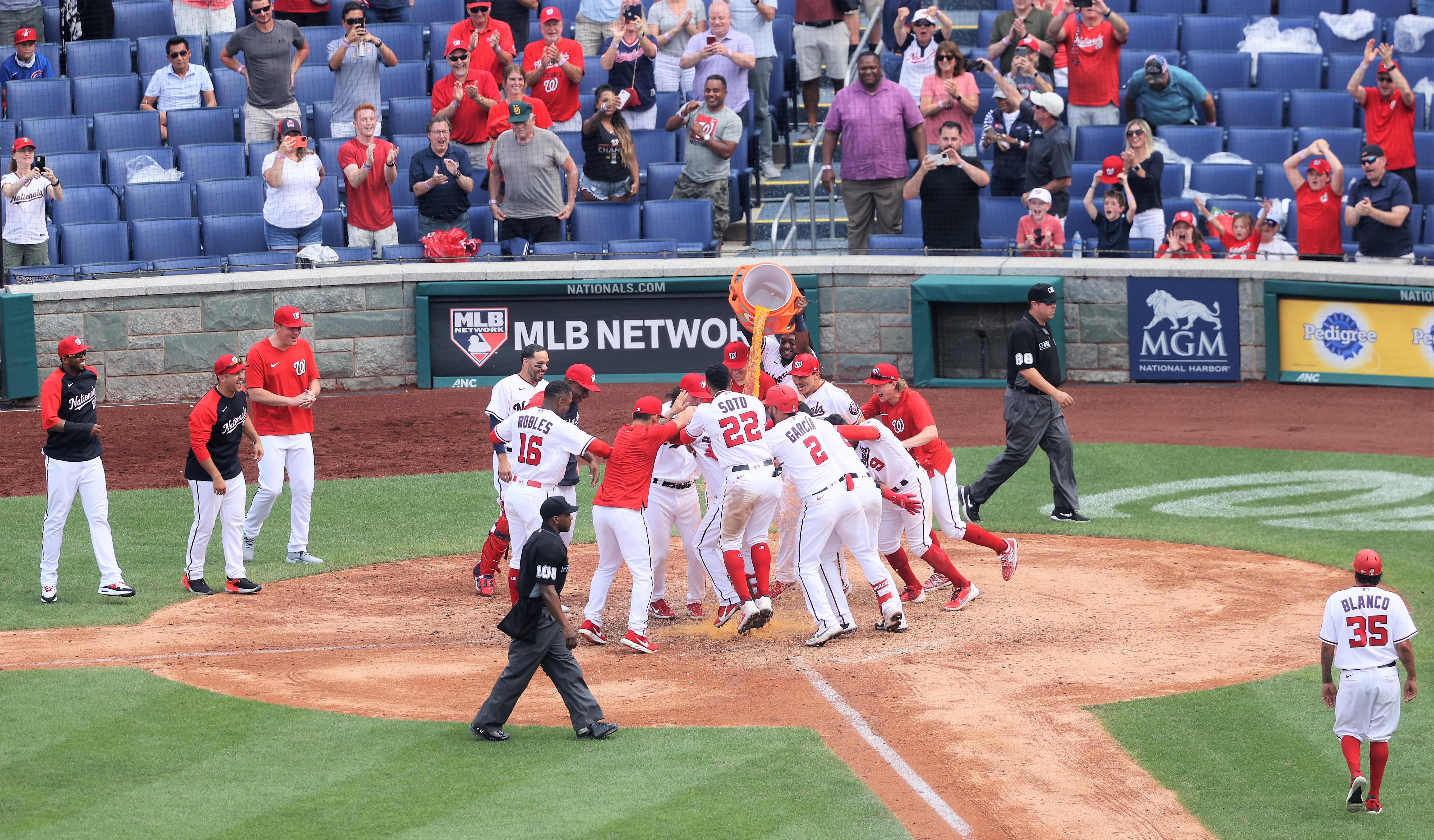 After Wander Suero blew the save in the eighth inning, the 5-5 tie game rolled over to the bottom of the ninth inning adding to the intrigue if Yadiel Hernandez could hit another home run in this game. He did just that and the game ended quickly in the final inning to give the Nats a series win with this 6-5 winner against the Cubs.

The game had its moments, good and bad, and Erick Fedde exited after 6 innings with the 4-3 lead to hand it over to the “new guy” Gabe Klobosits who threw 9 pitches and got 3 quick outs in maximum efficiency. Unfortunately Suero could not replicate what Klobo did, but Kyle Finnegan closed out the ninth inning to keep the game tied at 5-5.

“We played good baseball except for the few home runs we gave up,” manager Dave Martinez said. “We played well.”

The Nats had 18 baserunners and stranded 10 runners with two costly doubleplays, but Yadiel Hernandez’s two home runs today were the difference. While many wanted to talk about Rafael Ortega‘s three home runs in the game, Hernandez will be the guy who should be remembered as the star of the game. As they say it isn’t how you start but how you finish.

In all, Hernandez had four hits on the day to go with being the hero in this one. Josh Bell would be the other offensive star with his two hits and two RBIs. Juan Soto had a great baserunning play scoring from first base on one of Bell’s singles when he saw that the catcher was not covering home on what was ruled a fielder’s choice. Soto walked three times in this one.

Tomorrow the Nats will have Josiah Gray on the mound for his Nats’ debut as the team starts a four game series tomorrow against the rival Phillies. 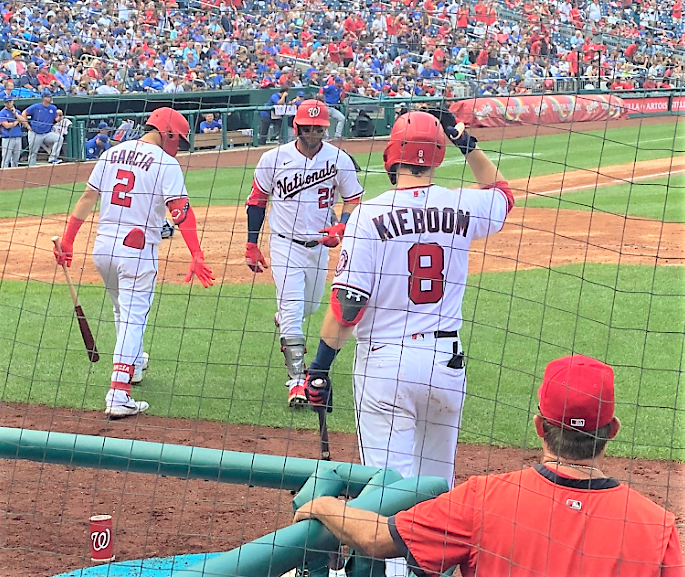