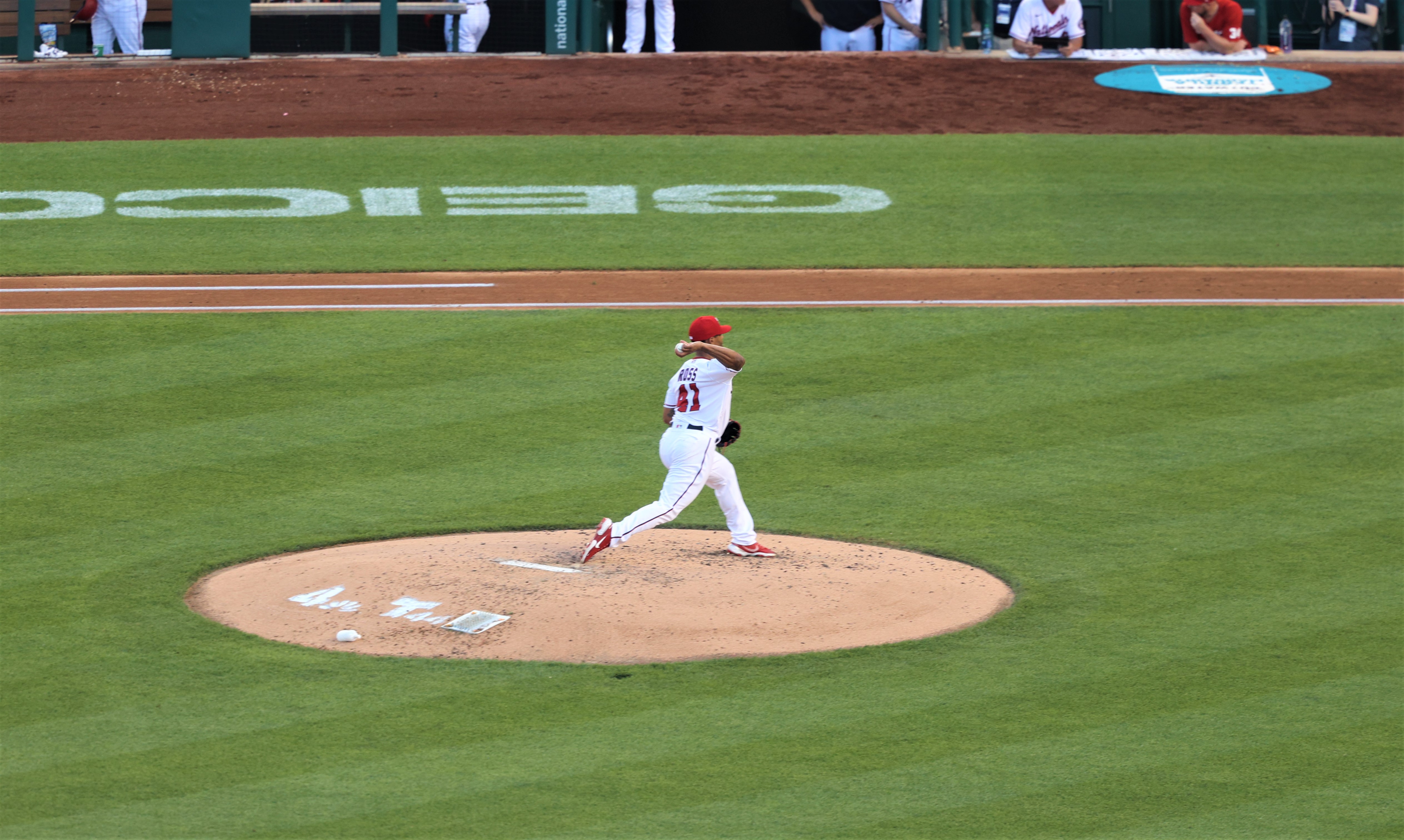 The Washington Nationals have announced that Joe Ross will start tonight with Erick Fedde going tomorrow to wrap up the series with the Cubs. The thinking could have been a soft landing for the newly acquired Josiah Gray to face a depleted Cubs team, but now it looks like Gray would start Monday against the Phillies.

These games feel more like tryouts and developing young players than trying to win the division, but it is incredulous that the Nats are only 6.5 games from 1st place with a losing record.

The Cubs have righty Kyle Hendricks going tonight and he would have been traded if he was having a good year. Not that his year is awful at a 3.85 ERA but he is pitching more to contact and as a righty, the demand just wasn’t there after the Cubs had a fire sale.

Expect another good crowd as the fans on both sides will enjoy some low stress baseball and see some more callups on both sides. The Nats did officially add Mason Thompson to the roster and we will get to see him out of the bullpen that is shaping up nicely.

We finally got word about Victor Robles who was injured a few days ago and has not been seen. The plan was to replace him with Yadiel Hernandez if the injury was serious, and the Nats deemed it was a day-to-day issue. He might play today.