Game #101 is cancelled due to COVID 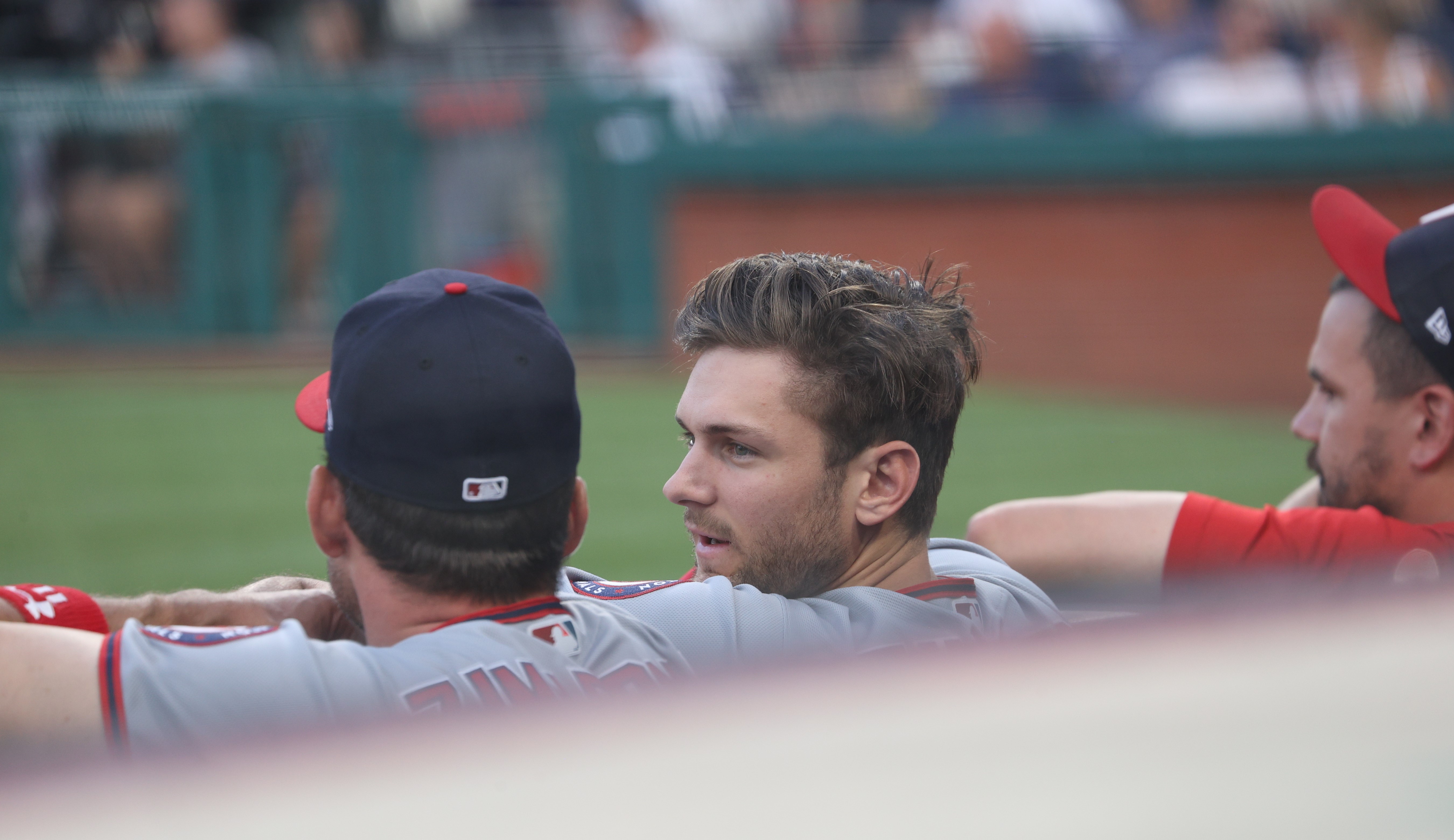 Dugouts are small spaces. Trea Turner was put on the COVID list yesterday officially by the Washington Nationals. Good luck with contact tracing. Tonight’s game has been postponed against the Phillies. Worse than that is the contact tracing to see how far this contagious virus spread. According to reports, many others have contracted COVID.

All of this is happening on top of the numerous injuries that has claimed several starters like Stephen Strasburg who is out of the season, and short-term injuries to Kyle Schwarber, Yan Gomes, and last night Victor Robles injured his oblique.

The team was already set to take the field with just two projected starters from the start of the season with only Juan Soto and Josh Bell available.

Manager Dave Martinez told reporters last night in his postgame that there were no other players identified to be in close contact with Turner. Today three more players (unidentified) have test positive for COVID as well as 8 staff members. Martinez believes that only one of the 12 infected individuals is unvaccinated.  The Nationals will now conduct additional testing and contact tracing.

“I am very concerned,” Martinez said this afternoon. “We all took rapid tests today. We’ll follow-up, we’ll get additional results [Thursday]. Hopefully, no one else will test positive.”

“But yes, there is some concern here right now. As soon as the game got canceled, I got everybody out of here and on a bus and back to the hotel. I want to do the same thing myself.”

Of course everyone remembers that the Nationals season opened under COVID protocols as 9 players were put on the COVID IL and the entire Opening Day and series was postponed.

Friday marks the end of the trade deadline and several Nats players could be on the move.

This will probably affect not only tonight’s game but also tomorrow’s and the weekend series against the Cubs. https://t.co/zllVGb4WcB

For now, MLB announced that the Nationals and Phillies will play a straight double-header tomorrow beginning at 12 pm ET. This of course could change based on additional COVID protocols and positive tests.