Game #100 Nats were hoping to be playing the role of spoilers! 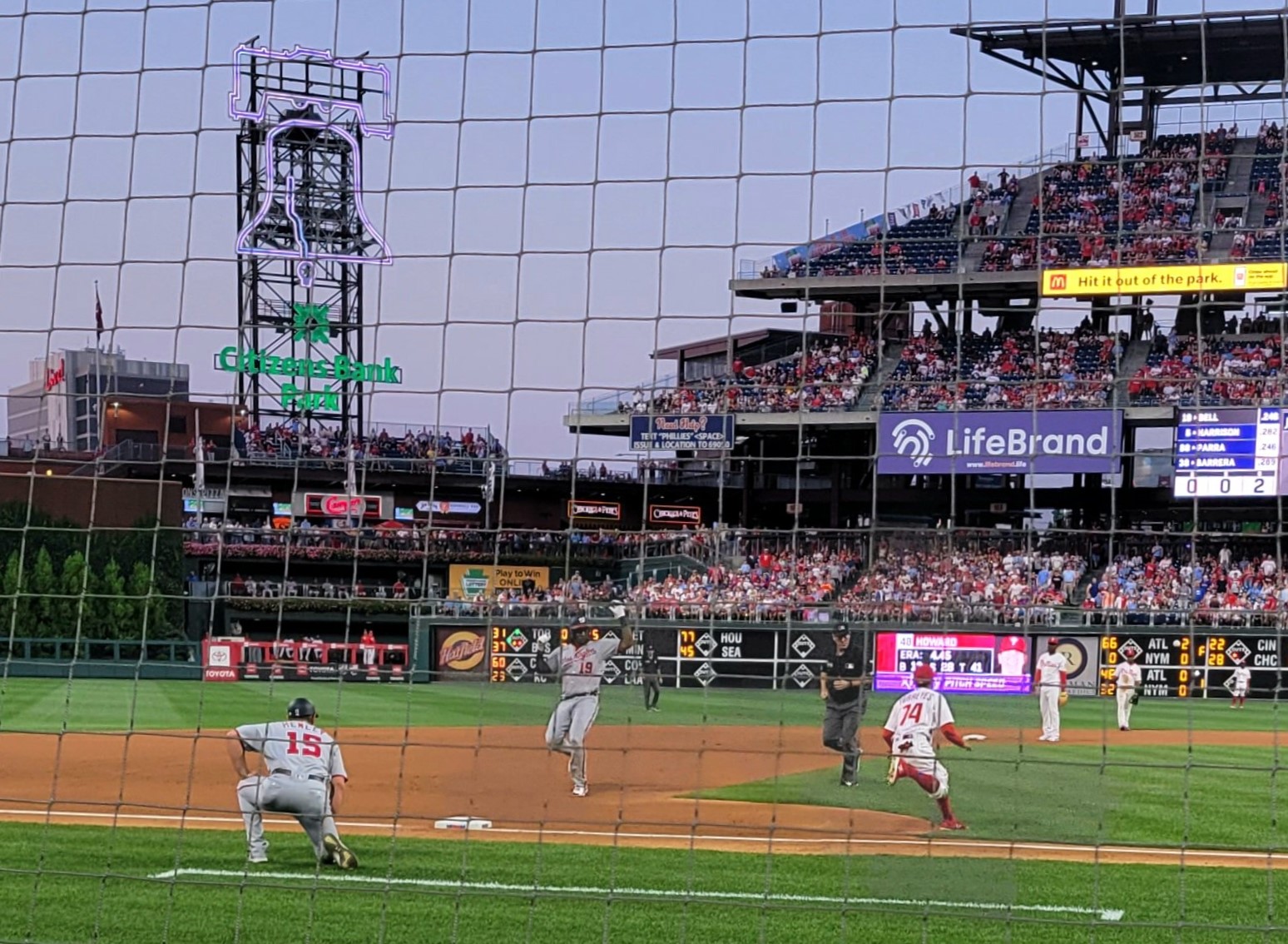 After another gut-punch loss last night, the Washington Nationals are now 8.5 games out of first place and in the shadows of a team being in full fire-sale mode. Do I agree that there should be a fire-sale? No, I believe you make smart choices on who you trade. This team could bounceback next year if they make some smart moves this week.

The team will start re-tooling with an eye on the future.  For the rest of the games against contenders, they will play the role of “spoiler” as they have the ability to do in this 4-game series against their division rival Philadelphia Phillies who are in second place and hoping to make the playoffs.

Of course, the Nats also find themselves in “sell mode” and we will see who the team is willing to part with over the next 3 days leading into the trade deadline. Almost certainly gone are Max Scherzer, Daniel Hudson and Brad Hand. If the team is blown away on other players, they might trade Kyle Schwarber and Yan Gomes too, and the inconceivable would be to trade next year’s starting shortstop — Trea Turner.

For years, the Nats were on the other end of the trade deadline as buyers. When you are a buyer at this time of the year, you are the team unloading top prospects for “win now” players, and most of that was to shore up the bullpen.

These questions will be answered shortly, and the next chapter will be written about Rizzo and the Nationals. GM’s records are about wins and losses, trades, free agent acquisitions, player development, and the status of the farm system.

During the pre-game, we received the bad news that the neck injury that has sidelined Stephen Strasburg has now been attributed to an injury requiring neurogenic thoracic outlet surgery. Whether or not the hand pain was really part of this issue is unknown. Strasburg has missed now most of 2020 and 2021 with these injuries. Nats’ manager Dave Martinez says that the team expects him to be ready for Spring Training in February of 2022. Strasburg is being paid $35 million a year for another 5 seasons.

“Hopefully he comes back and is ready to go next season,” Martinez said.

On the mound tonight is Erick Fedde, and he has to play the role of stopper as the Nats are mired now in a five game losing streak.