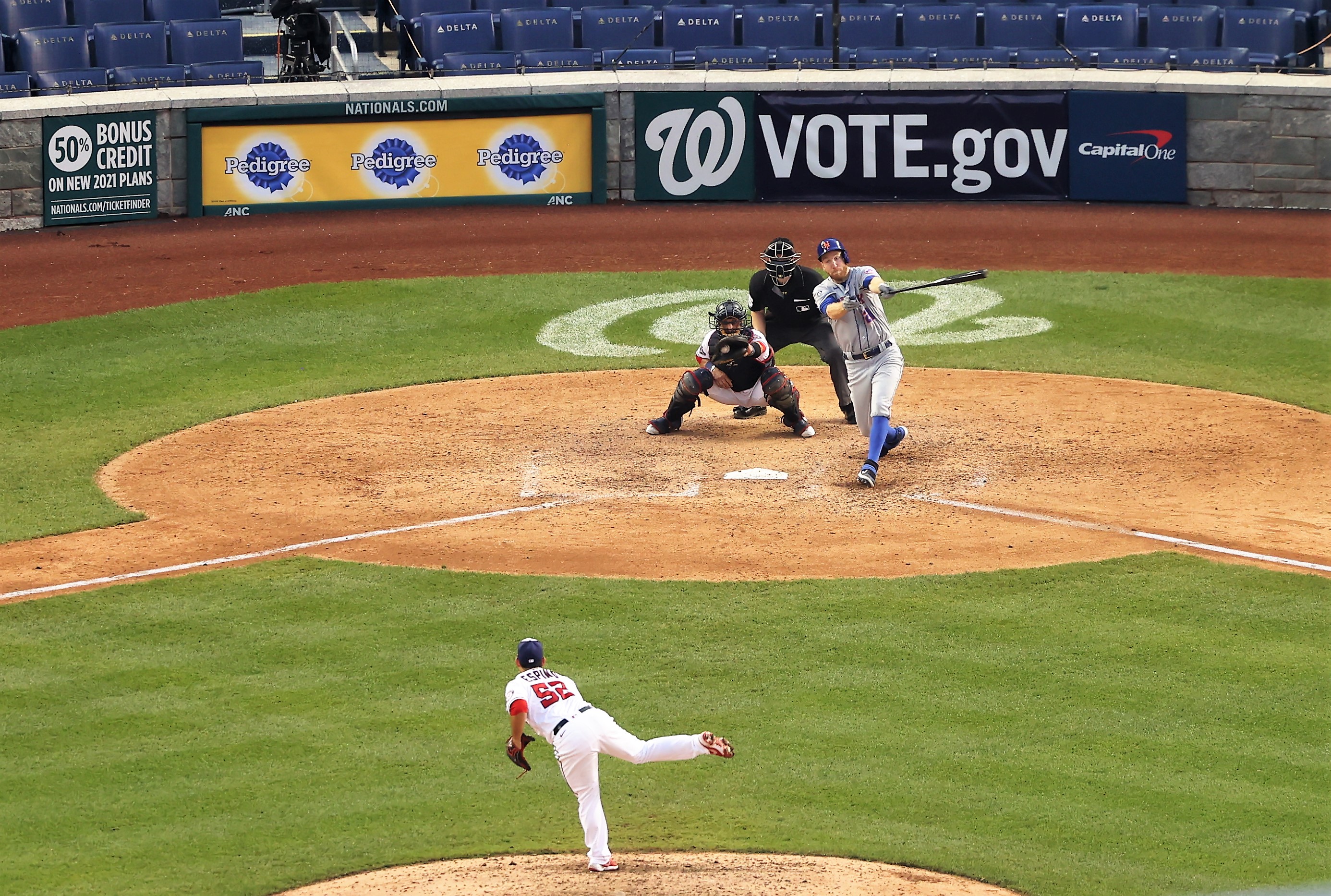 Baseball is a game that often defies logic. Last night was the easiest win of the season for the Washington Nationals in a blowout game. Te final margin of victory eclipsed the 15-run win earlier this season against the Diamondbacks. In the previous 11 games, the Nats have scored 80 runs — but are 4-7 in those games leading to the logic of how could that be when an average of 7.25 runs per game should win you most. But it is how and when you score the runs that matter.

The Nats are undefeated when they score 9 or more runs. So there’s the ticket to success. Seriously though, the team is 29-9 when they score at least 5-runs in a game. That is a .763 winning percentage. That percentage the team needs to achieve to win 90 games this season. General Manager Mike Rizzo thinks his team are buyers now but wouldn’t rule out the team from having to sell at the deadline if things fell apart. One thing that did fall apart is the team’s relationship with infielder Starlin Castro and the team looks like they would not be bringing him back. That creates another void to go with missing key players like Kyle Schwarber, Yan Gomes, Joe Ross, and Stephen Strasburg.

Nobody seems to know when any of those injured players would be ready to rejoin the team. Most of the issues in the last 15 games which included the 4-game sweep at the hands of the Dodgers where the team has been 4-11 is that the starting pitching overall has not been good with a team 7.46 ERA.  The worst of the pitchers in this period: Max Scherzer with a 9.28 ERA.

So while the Nats biggest issue the last two weeks has been pitching, it isn’t Rizzo’s M.O. to make acquisitions mid-season to add to the starting rotation. If the team decides to be buyers, it might be looking at strategic trades that would help the team beyond this 2021 season. That would mean that Rizzo would look at players with team control beyond 2021.

Tonight, the Nats have Paolo Espino on the mound going up against the lefty rookie, Trevor Rogers for the Marlins. He was one of the surprise All-Stars and is a top candidate for Rookie-of-the-Year. The Nats beat him on May 2nd after scoring 3-runs off him in a 3-1 win with Scherzer pitching a complete game.