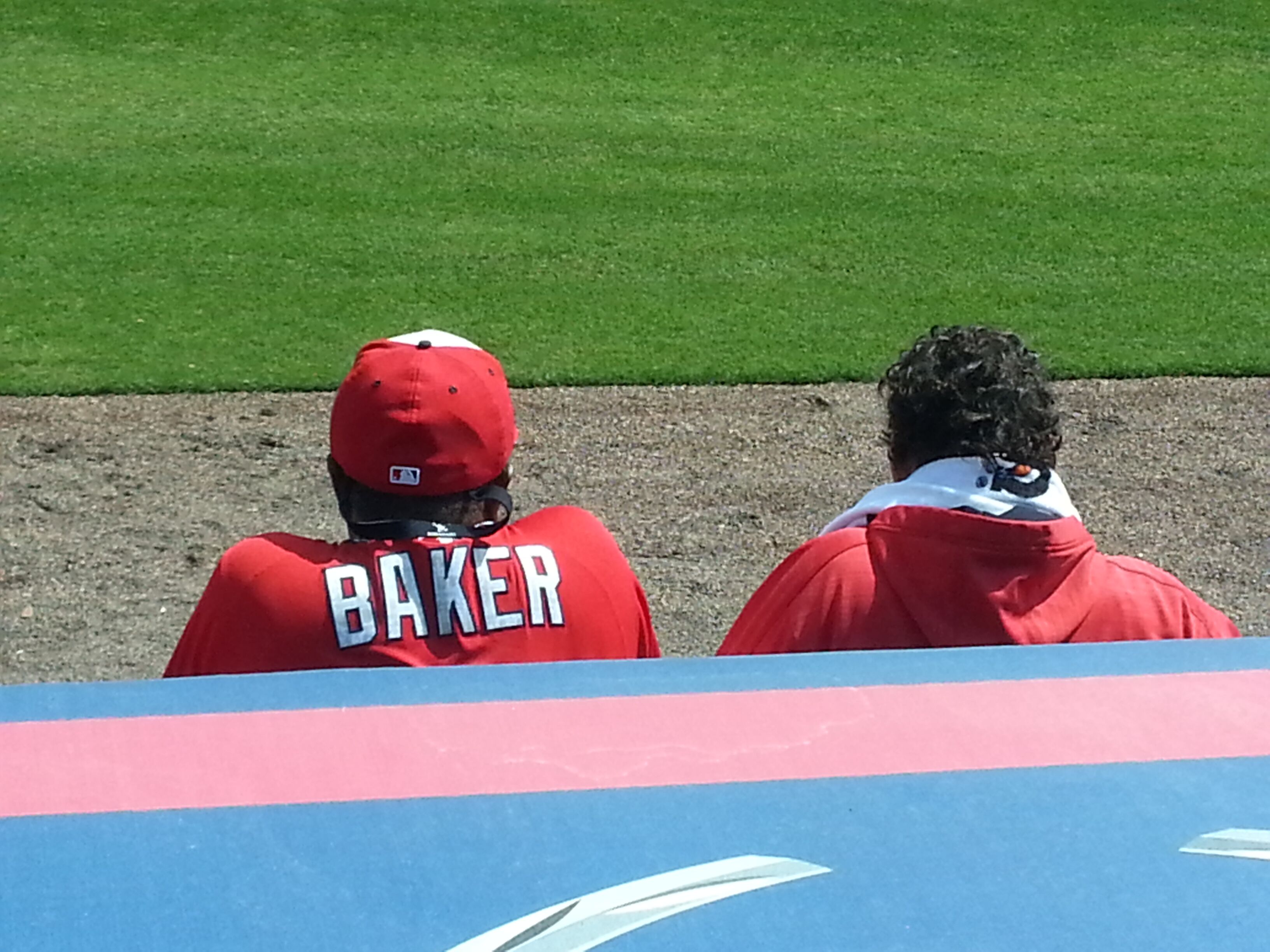 Darren Baker used to be a fixture around the Nats clubhouse in 2016 and 2017; Photo by Gerry Gleckel for TalkNats

At a stage in the draft when the most highly regarded talents go off the board, organizations like the Nationals are more challenged to find players who have the talent and character to build long careers from humble beginnings. But few excuses can be made for the lower half of the top-10 in the current draft structure. These are players who are being offered large bonuses to sign, bonuses that may deplete a pool from signing a late round sleeper. Some might say that certain picks are made to save money, but if you are going to burn an early draft pick on an easy sign, burn it on someone who is qualitatively different from the guy you signed for 5K and drafted in round 30.

Rounds 6-10 have been a teeth gnashing disappointment for the Nationals in recent years. They have been pitching heavy, and the pitchers drafted in rounds LATER than 10 have been every bit as interesting. The extreme example of this is Gabe Klobotsis, the future fan favorite prospect who originally signed for 2,500 dollars. Andrew Karp was drafted in the sixth round in 2018 and paid 200K. He is laboring in Wilmington now. Aaron Fletcher was the Nats 14th round pick in the same year and reached the majors by 2020. Fletcher, Evan Lee (also at Wilmington and a 15th round pick, and better regarded at this point), and Carson Teel (struggling at AA but at least earning that helium) were successive picks that year who all came in at 125K each. Ryan Tapani came out of the 2018 draft, too, and at only 10,000. So you get the point. Pitching drafts in the second five have been “disappointing.”

Did this year’s draft change things? Well for one, the Nationals drafted only two pitchers. But that does not necessarily mean anything. For the position player drafting 6-10 has been nothing to write home about, either. 2019 brought Jackson Cluff and Jeremy Ydens for 369,500 all together, and Andrew Pratt in round 10 as a bargain sign. All three of them are already yesterday’s promise from the very year that the Nationals won the World Series.  And don’t start telling me that a pundit has rated Jackson Cluff as the xxth best prospect in the system blah, blah, blah – it’s nonsense!

It’s not just a pitching, no position players issue, either. In 2014, the Nationals drafted position players at 7,8, 9, and 10.  All four players fizzled from the start. So the Nationals have a particularly poor draft history in this 6-10 tranche to overcome. If the novel approach of this year’s 1-5 heralds a new strategy altogether, bring it on. Manage your expectations, and let’s look them over.

I’ll tackle 11-15 in the next installment. Fortunately some of the players have already announced their signings and are wheels up to West Palm to ready themselves to join rosters by the time I write my follow ups on the forensicane *21 to watch. Let’s see who’s ready, after all.

This entry was posted in Draft, MikeRizzo, Roster. Bookmark the permalink.
← Previous Article | Next Article →