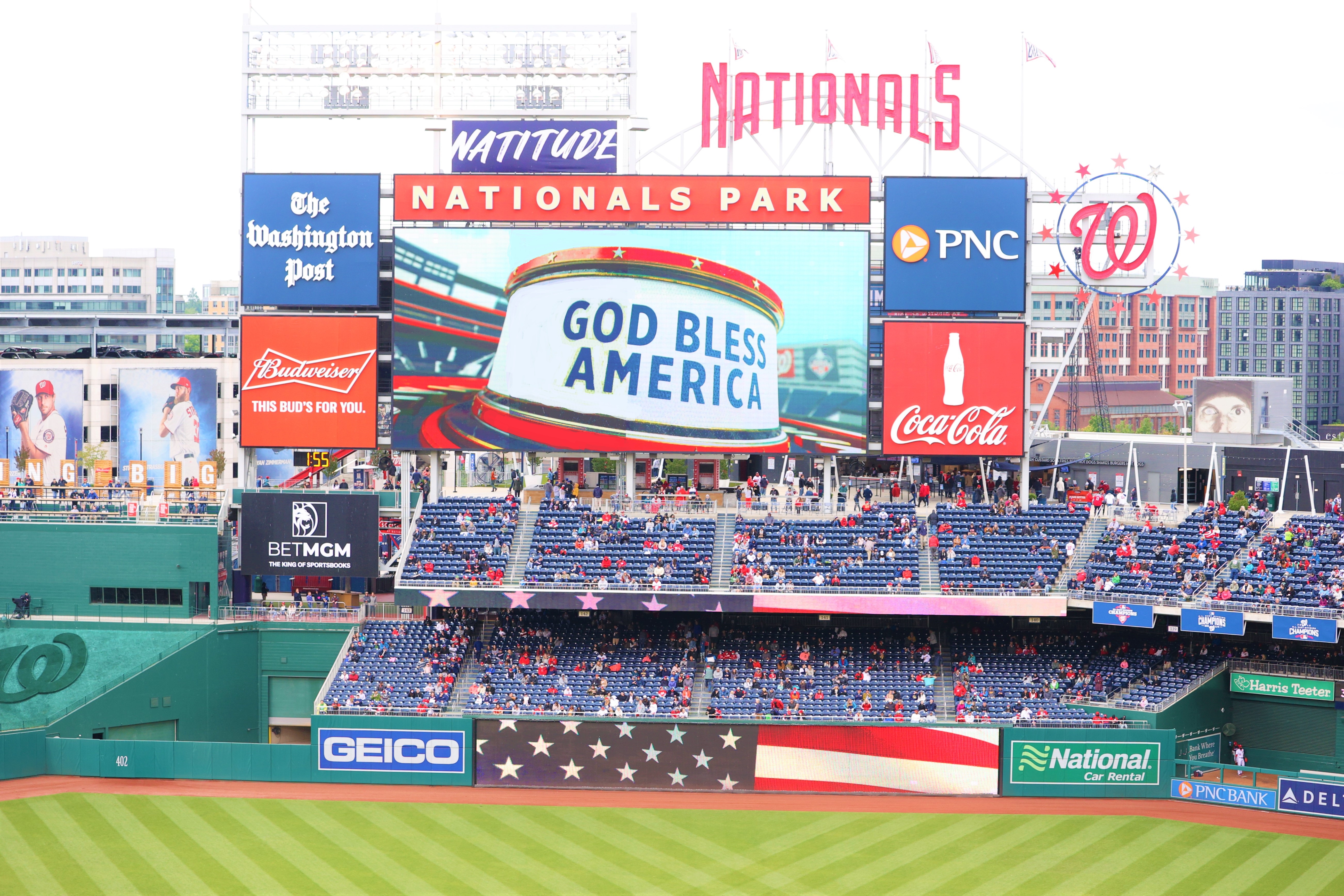 As the Washington Nationals have begun to make a recent ascent to reaching their full potential, there are many teams still standing in their way. One of them is the New York Mets who are in first place in the NL East. Those Mets have won eight of their past ten ball games against some of the elite teams in the National League. After series wins against the Padres and Cubs, they venture south to face one of their chief rivals in D.C.

The Nationals have been winning recently and have a modest four game winning streak going. That being said, they still need a lot of help in the standings in order to be considered true contenders, but for the next four games, the Nats can help their own cause even more by beating that team in first place.

The Sort of Amazin’ Mets:

The Metropolitans have long been one of the biggest rivals for the Nats and the rivalry really stepped in during the 2015 season. The Nationals have roughed up the Mets over the past few seasons, and with their new ownership and big offseason acquisitions, the rivalry should intensify. So far this year, however, the Mets have bested the Nats in an April series in Queens, the Mets took two out of three games. In fact they did so while shutting out the Nats in both of their wins after they re-seeded their rotation to make sure Jacob deGrom pitched the opener of that series.

The Mets boast talent up and down the roster. There are known contributors like deGrom, Pete Alonso and Francisco Lindor as well as some complementary pieces on this team. Lindor in particular has received a lot of angst from fans. Mets fans have not been pleased with the man that was labeled as a franchise savior just months ago has around a .200 batting average. He has picked it up recently, but his play is still not up to the lofty standards of the New York media. One thing that is important to note is the team that Luis Rojas will put on the field this upcoming weekend is not the one fans might be expecting to see. The Mets are decimated by injuries, much like the Nationals. Jeff McNeil, Michael Conforto, Brandon Nimmo, J. D. Davis, among others, are all major contributors who have missed significant time this season. The Mets are in a literal and a figurative sense hurting as a roster. The bandages they are using to hold things together simply will not be able to keep the operation going forever.

The one constant for the Mets, though, is that they have an elite pitching staff. The Mets lead the MLB with a 3.12 staff ERA which is why they are in first place given that they have also struggled offensively to push across runs. Obviously, deGrom’s 0.54 mark is a big factor in that staff ERA, but he is not alone in a dominant pitching staff. Starters like Marcus Stroman, Taijuan Walker, and many depth pieces have all anchored a rotation that is very deep. As it appears at this writing, the Nats will not face deGrom and Stroman in this series. The Mets’ bullpen can also be very formidable. Jeurys Familia, Edwin Diaz, along with Miguel Castro have all made the Mets a tough opponent late in games.

While it is never an easy task to beat a team of professional ball players three days in a row, the Nationals did just that against the Pittsburgh Pirates. After an uplifting split against the Giants, the Nats are really looking to use this homestand as a springboard to reinvigorate their season and get back into the pennant race.

The Nationals and their fans might downplay the magnitude of the sweep because it was the last place Pirates, but the fact is that the Nationals needed that sweep and the three wins that came with it. The four games against the Mets are obviously key. At home and playing a battered team, the Nats will be facing a Mets team on short rest. They will be arriving in DC late Thursday night/Friday morning following their game against the Cubs. Furthermore, the Mets are sitting atop the NL East standings. If the Nats want to be the best when the dust settles, they must first beat the team that currently is the best.

Nats’ manager Dave Martinez, for all the good that he has done in DC, might have his most perplexing, challenging roster in his tenure. While the 2019 squad was very good, they were massive underdogs in every series in the postseason. The 2021 Nationals are arguably more talented in the bullpen, starting depth, and maybe even in the outfield than that team that raised the banner. The amount of talent on this roster makes the fact that the Nats have struggled so perplexing. If someone were to say that moving Kyle Schwarber, with his batting average that is hovering around .230, to the leadoff spot would be the thing to help the Nats find their groove offensively, multiple people would lose their minds. So far, so good on that move.

Expanding on the recent hot streak the Nats have embarked on, the team has done so not only without Max Scherzer and Stephen Strasburg, but without Will Harris and Daniel Hudson. The Nats have relied heavily on their middle relief and spot starters. Guys like Paolo Espino, Erick Fedde, Jefry Rodriguez, Tanner Rainey, among others cannot be commended enough. They need to pitch well with the split doubleheader on Saturday. As a result of the twin bill, the bullpen will need to be sharp and Corbin has to replicate his most recent start on Sunday. This is the first makeup game for the Opening Week games that were canceled due to Covid issues.

The Nats and Mets meet for the first time in DC this season. They both carry their injury woes into this series. More than that, they are both looking to improve on their overall record and respective standing in the division. The Nats need to get wins in bunches and four games against a division rival is a perfect opportunity to do just that. 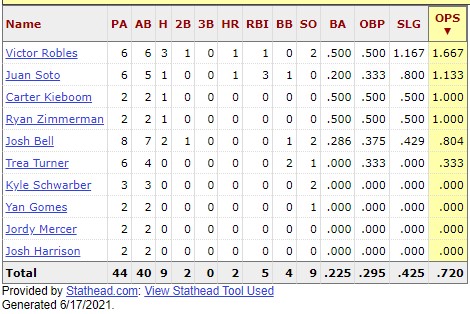 We expect Joe Ross and Jon Lester to pitch in the doubleheader for the Nats and David Peterson will pitch one of the games for the Mets. The other Mets pitcher is TBD. 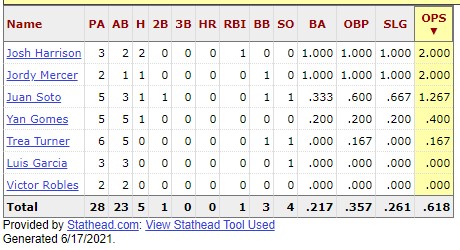 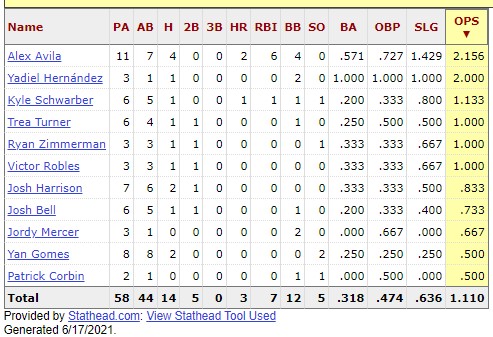