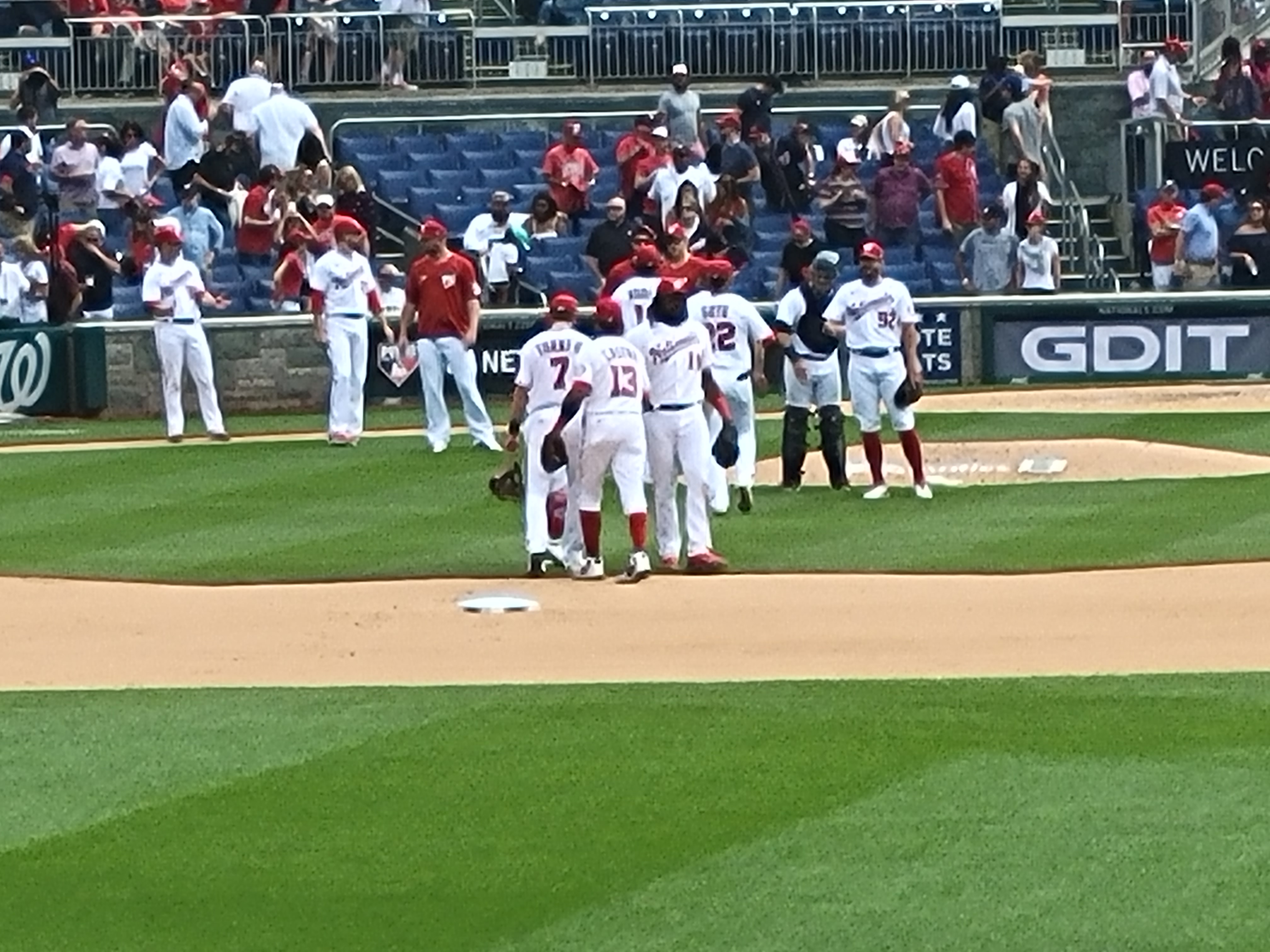 The Washington Nationals, for all the bad things that have occurred over the course of the 2021 season, had a strange, but uplifting weekend. Against the team with the best record in the MLB, the Nats not only split the four games, but had a realistic chance at winning each of the games. The split might not be the desired outcome, although the Nats really demonstrated the fact that they can hang in there with any team. Even going back to the series against the Rays earlier in the week as the best team in the A.L., the Nats really have traded punches with the league’s elite.

The Pittsburgh Pirates come to town starting tonight, and while they might seem like a comedy of errors on the field, it is important for the Nats — to not overlook them — and fall into a trap series against a team with nothing to lose.

The 2020 Pirates were one of the worst teams they have ever put together in the 21st century. That is saying quite a bit considering the Bucs were historically bad in the early part of the century. The 2021 Pirates, however, are much worse. The lineup is full of players that are far from household names, and afterthoughts in trades and castoffs.

They do have quite a strange roster in the sense that there are some top prospects currently playing for the team. Ke’Bryan Hayes, son of former big leaguer Charlie Hayes, is their top prospect and is flourishing at the big league level. He combines a sensational plate awareness with an above average glove at the hot corner. Outside of Hayes, the Pirates’ lineup is full of veterans hoping to play well enough to get a trade out of Pittsburgh. They do, however, have some players with high upside in their lineup. Players like Adam Frazier, Bryan Reynolds, and Colin Moran, are all very capable big league hitters, and all have All-Star potential.

The problem for the Pirates is in the pitching staff. Their team does have a very dominant closer in Richard Rodriguez. The problem is that he is not a long term option, as he is one of the most discussed trade pieces in the league. The rest of the pitching staff has many place holders and reclamation projects. Tyler Anderson, the starter on Tuesday night, is a success story. He escaped from Colorado and has flourished. He is doing so well that he most likely will be flipped at the deadline for a couple prospects. Monday night’s starter, JT Brubaker, does boast the lowest ERA on the team at 3.90. That being said, the rest of their rotation is lackluster at best.

The Pirates have struggled mightily recently. They have gone on a seven game losing streak heading into the series in DC. The Nationals, of course, hope to push that streak of agony to ten games by the time the Pirates leave town. The Pirates are very clearly paying less attention to the current product on the field than they are to the upcoming draft. The Pirates hold the #1 overall selection. That is very coveted with this year’s absolutely loaded draft class.

Nats’ Having a Winning Streak?:

In order to not repeat the obvious, this season has not gone as planned for the Nationals. To this point, they are sitting well below .500, and many key players are either underperforming or injured. That does not mean that the team is not talented nor that they are incapable of making a push towards the postseason. With all due respect to the Pirates, this would be the perfect time to do it. The Pirates are notably struggling and have seemingly no intentions to win this season. They appear to just be turning the page on the 2021 season. The Nationals must take advantage of this. This is the equivalent of another team giving them free wins due to a lack of desire to win. Now, the Pirates will fight and try to win, but the team is ultimately inferior to that of the Nationals.

Josh Bell will face his former teammates for the first time since being traded to DC in the offseason. Additionally, Josh Harrison is facing his former organization, as he was also on the Pirates with Bell. Bell has been hitting the ball very hard this season, with little luck. The slugger’s hard hit percentage is in the 96th percentile, and his barrel rate is in a similar escellon. In fact, his .214 batting average is over 30 points lower than his xBA (expected batting average which factors hard hit percentage, weather, shifts, etc). While baseball is not a luck-driven sport, the Nationals and Bell remain optimistic that he will begin to see some more base hits fall in his favor.

The Nationals must expand on all the things they did well over the weekend against the Giants. The pitching and defense was sensational. The situational hitting, while not great, was bearable in the least, and they did drive in runners in scoring position. The Pirates are an openly tanking team that has already lost seven in a row. No team wants to be the ones that are beaten by them and break their streak of futility. That is why the Nationals must make sure to score early and often in this series. In order to ensure that the Pirates do not stick around with the Nats during these games, this is crucial. For the Nats, a sweep would be much appreciated as they look to turn this ship around in quick fashion.

Only Kyle Schwarber and Alex Avila have faced Brubaker before and Avila is not starting in this game.

It is no surprise that Ryan Zimmerman has hit the left-handed Tyler Anderson well. Unfortunately, beyond Zim, only Trea Turner and Victor Robles have done anything against him but the sample sizes are small. 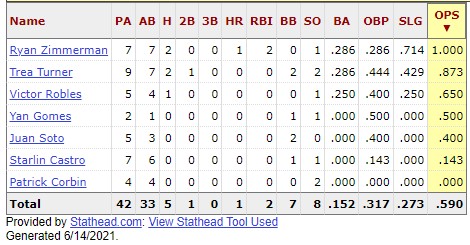 There aren’t any current Nats who have faced DeJong in the big leagues before.