The losing streak ends in a laugher in the Bronx! 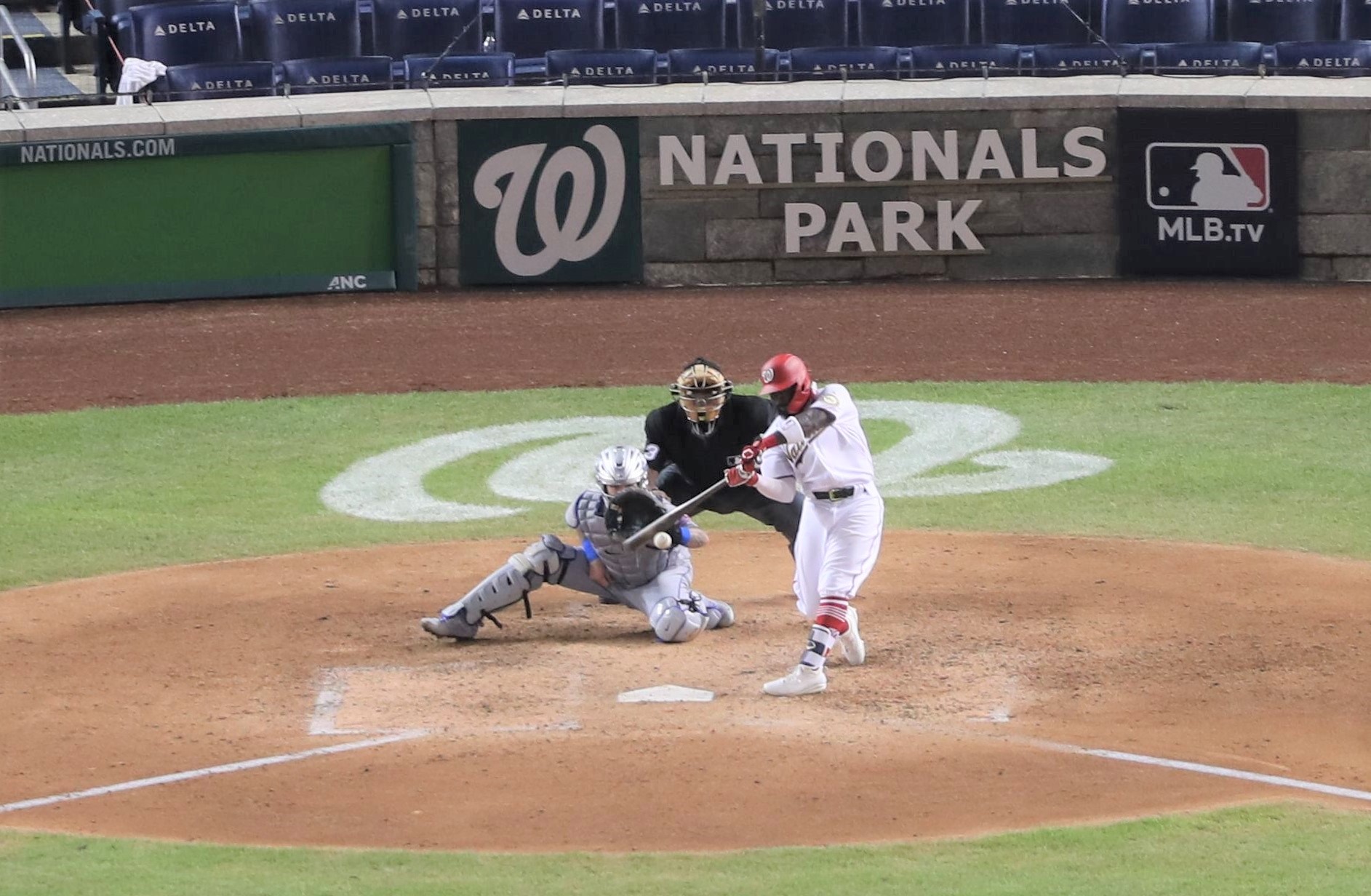 The Washington Nationals just needed Patrick Corbin to keep his team in the game, and the Nats offense exploded for 11-runs to win it. There were contributions from everyone in the order.

It was the energetic Josh Harrison who put the Nats up by four with a 3-run homer in the 6-run eighth inning to put the game out of reach. In all, the Nats had four home runs in total and Josh Bell, Yan Gomes, and Juan Soto had the other three.

The 3-game losing streak ended in the Bronx, and the Nats move on to tomorrow with some momentum, and knowing Soto is back to form. The team also got some nice work from the bullpen where Kyle Finnegan and Tanner Rainey both put up impressive zeroes.

Props to Tanner Rainey who walked the lead-off man on a 3-2 pitch that didn’t go his way then K’d DJ LeMahieu, Giancarlo Stanton, and Aaron Judge with a fastball/slider combo that had his best slider of the season.

It was also encouraging to see Soto get back into rhythm with two hits in the game after a rough start. His evening ended with a 9th inning  oppo two-run 424 foot home run that was his third dinger in Yankee Stadium in the two games he has started there in his career. He was the designated hitter in this contest. Some would say the 22-year-old owns the Big Apple. In the 23 games that Soto has played in New York City, (Citi Field and Yankee Stadium combined), the Magic Juan’d  is batting .393 with an .857 SLG, 11 HR and 24 RBIs.

Maybe a small footnote in the game was Yadiel Hernandez‘s lead-off single followed by a Victor Robles bunt that the Yankees threw away which was then followed by a Trea Turner single to break the tie game, then Harrison hit the 3-run home run to really break the game open. The Yankees committed three errors in that inning by three different players.

“We’re just trying to move the guy over there,” manager Davey Martinez said. “Robles did a great job getting the bunt down, and then after that, we talk a lot about just moving the baseball, and today was a great example of what we can do when we just put the bat on the ball and think about the small things and don’t try to do too much. Good things happen.”

The Nats batted around in that 8th inning and put six up on the board. It started with small ball and ended with some long ball.

Even though Corbin did not factor into the decision, he went 6.0 full innings and exited in a tie game, and if D.J. LeMahieu didn’t hit two home runs off of him, who knows. While Finnegan got credited with the win, it was a very nice team win in this 11-4 blowout.