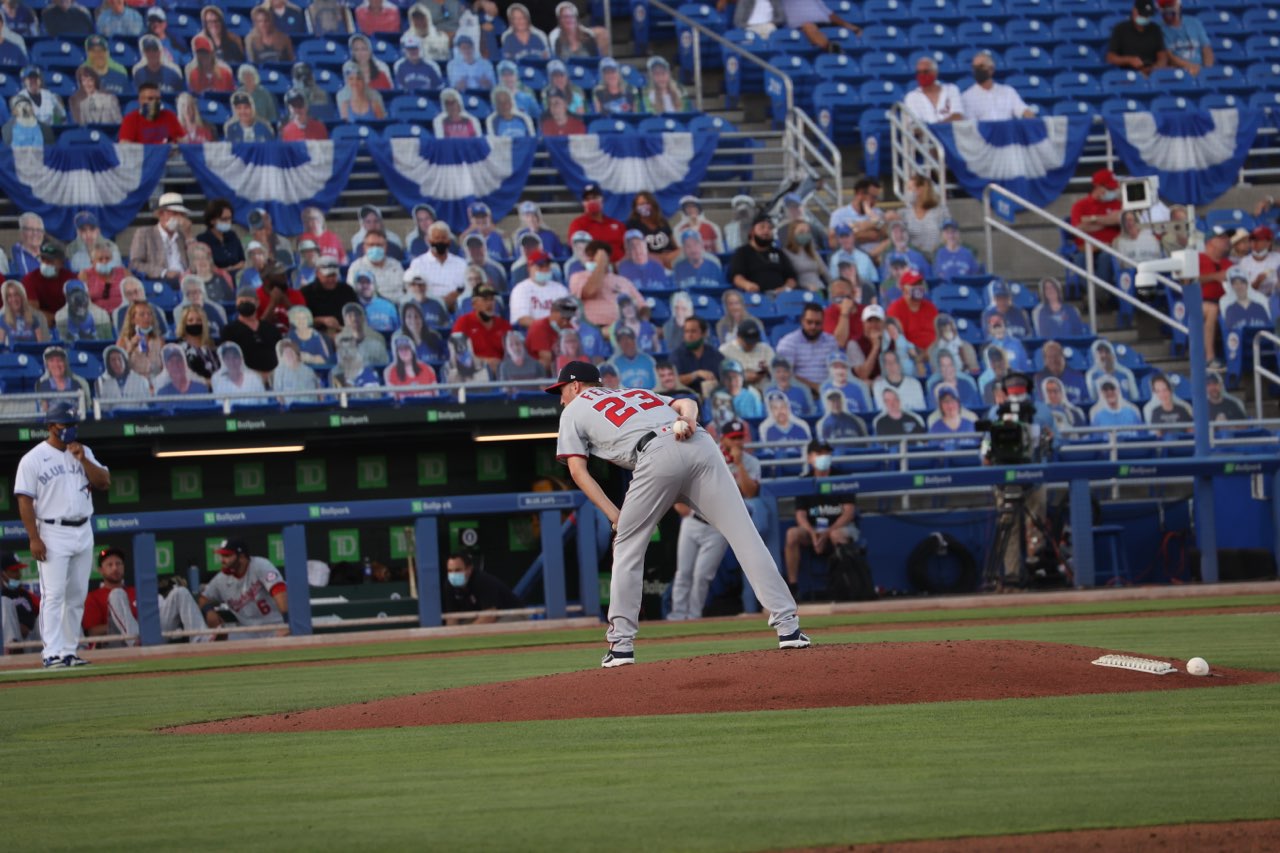 The Washington Nationals had lost two games in a row, and needed this win and got it. With a gem from Erick Fedde, the Nats powered to a 8-2 win for a happy flight back to Washington, D.C. and a day-off tomorrow. Fedde went 6.0 innings with only one run given up, and his offense put up 8-runs for him with production from just about every player.

Maybe the biggest play of the game was a Trea Turner barehanded do-or-die play with bases loaded to stop any thoughts of the Blue Jays scoring at that point. Starlin Castro also turned a nice play in the same inning on a ball that looked like a double in the corner that Castro snared.

On the offense, Turner had 4 hits on the night, Ryan Zimmerman had three, and Josh Bell and Josh Harrison had big home runs to put the game out of reach. The Nats had 11 hits in the game to raise some batting averages.

“That’s kind of what we always say is, ‘happy flight,’” Turner said. “You want to travel in a good mood; you don’t want to be mad about a loss. Obviously, we would love to win before we get on a plane and share that time together. I think that’s when you can build camaraderie and come together as a team.”

The big story was Fedde who now has an ERA of 2.61 over his last 4 starts. He has made 5 starts this season, and the team is 3-2 in his starts making up for one-third of the teams 9 wins.

The team will soon jump on a Delta charter flight to Dulles and enjoy a day off before a weekend series with the Marlins.