Game #21 wraps up this 2-game series in Dunedin 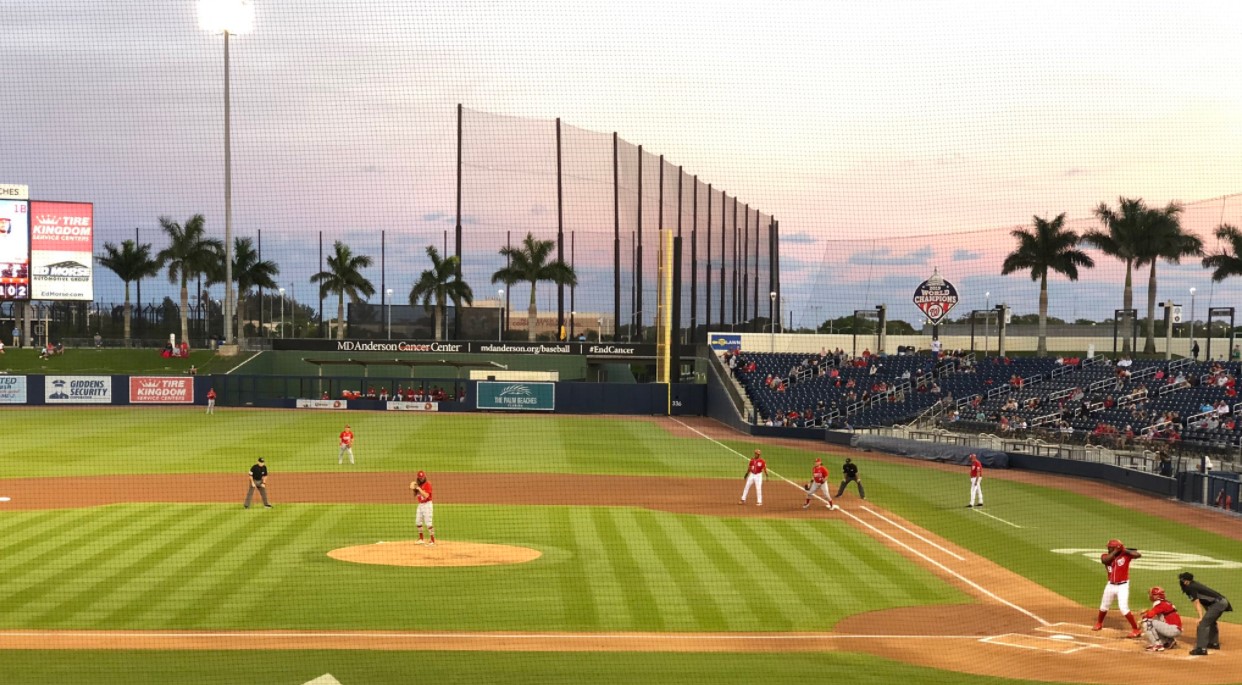 The lineup cards are changing daily these days. Tonight’s card has Hernan Perez in rightfield and batting in a game for the first time in 9 days. Starting pitchers bat with more regularity than Perez has this season. Manager Dave Martinez also pushed the struggling Josh Bell down to the six spot in the order. With no pitcher in the lineup, there are still four Mendoza batters in the lineup from Perez at .071 to Bell at .109 to Schwarber at .196 and Robles at .200.

But maybe this combination of batters will find a way to win one for the Gipper. How did Davey arrive at this lineup? The only batter who will bat lefty against Steven Matz tonight will be Kyle Schwarber. And Yadiel Hernandez will sit to start this game. Next Trea Turner, there is not a hotter hitter on the team. The strategy to start Perez though could be based on some old matchup data if you believe in his 17 at-bat small sample size versus Matz over the years. Seriously though, at some point balls have to find green outfield grass. It would help if Juan Soto was in this game because he had ownage on Matz. 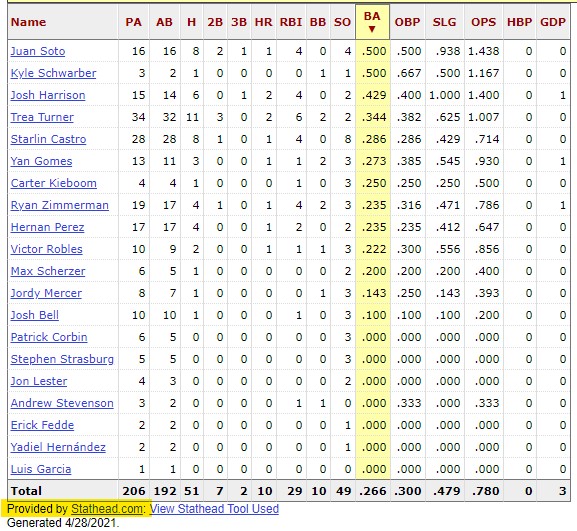 For the Blue Jays, their lineup just got a possible boost as George Springer makes his debut for Blue Jays after being activated for this game from the IL. But it is really the youth that carries this team. Vladimir Guerrero Jr. went one better than Trea Turner last night with three home runs. The difference was the Nats pitched to Vlad and challenged him with three meaty pitches and he crushed every one of them. After Turner homered in this first two at-bats, he was plunked by the pitcher on a 96 mph heater.

For the Nats, they need a gem from Erick Fedde. He does not have to pitch into the seventh inning with a rested bullpen, but the Nats do need zeroes from him up on the board.

@TalkNats could you place this in today's post. https://t.co/ZI4dh1kGXD