The Nationals could have MLB’s best outfield 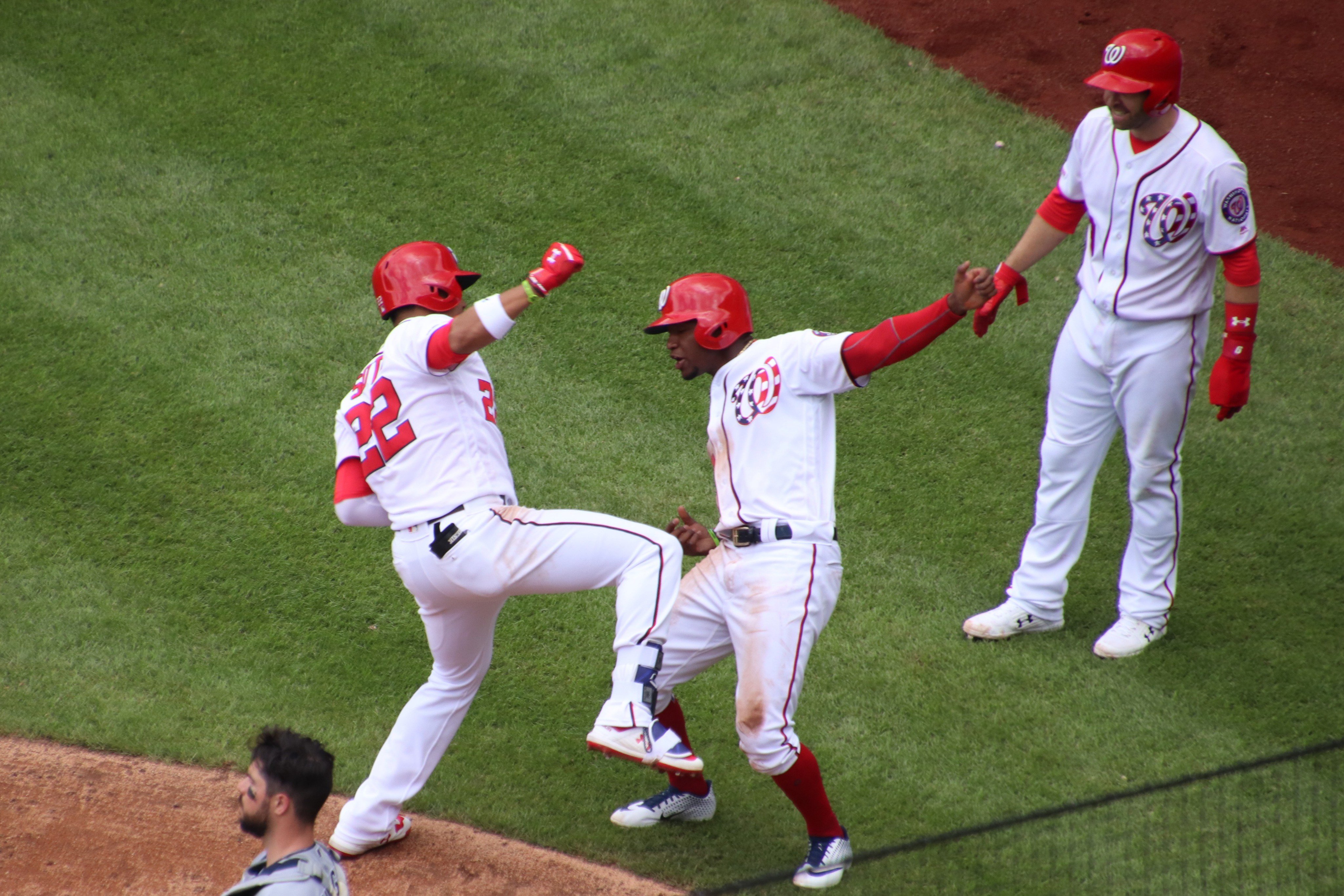 Outfields are made up of a trio of players. AJ Pollock, Mookie Betts, and Cody Bellinger. Marcell Ozuna, Cristian Pache, and Ronald Acuna Jr. Those names may come to mind when prompted with the question, what team has the best outfield in MLB? A new set has arrived however, one that has been sneaky good in Spring Training and may continue to do well in the regular season. Today I’ll break down the Nationals’ outfield and tell you why they may be the best in the league.

The newest National of this trio was added in free agency this offseason. Schwarber’s 2020 was abysmal, which is probably why the Nats were able to add him for only 7 million this year. In 59 games last year, Schwarber slashed .188/.308/.393, and amassed an OPS+ of only 91. 2020 was a strange year though, many players ramped up to playing, then were suddenly shut down, then had to ramp up again months later, in a significantly shorter time span. Routine is everything for baseball players, in a semi normal season where players can get back on track, I expect Schwarber to return to form. “Form” for him includes hitting 38 homers in 2019, and having an OPS of .871. We’ve already seen he’s been great in Spring Training, and while spring numbers seldom mean much, an OPS of 1.046 is nothing to discredit. Schwarber seems to have bounced back, which is crucially important to this powerhouse of an outfield.

I know I just said spring numbers seldom mean much, but the case is different for Robles. Robles has appeared in 16 games, the majority of them in the leadoff spot. The switch to the 1-hole has drastically improved Robles’ performance. In those 16 games he’s hit .273/.353/.591, a big increase from his career splits of .250/.320/.407. Baseball players are finicky, the game is mental as it is physical. Having a player bat in front of the pitcher can be demoralizing. Any success you have has a good chance of not mattering, it’s said the 8th hitter has one of the loneliest jobs in baseball. But it seems like batting Robles leadoff may be the best conclusion of the spring. Practically it means Trea can be used elsewhere in the lineup, but it also increases Robles’ confidence, which is ever important as a baseball player. Victor’s new spot in the order, combined with his weight cutting, gives him the potential to be a Mike Trout lite, with incredible hitting and defense.

Straying away from the two previous Outfielders, Soto has not had an incredible Spring. Going just .182/.289/.182 in 13 games, there might be cause for concern if he were another player. But come on, it’s Juan Soto. There is almost nothing I can say here that hasn’t been said already, he’s young, cheerful, and incredibly talented. His ability to get on base rivals only Barry Bonds. Whenever he gets his next contract, it will probably be the largest ever given to a baseball player. That’s just how good he is. He’s without a question the best Outfielder in the division, and some would even go as far to say he’s the best hitter in baseball. I’m not worried about a spring slump, it will never be a question of if Soto will return to his elite level, but when. And when he gets going the Nationals will have an amazing outfield. If everything goes the way it should, Schwarber gets in his routine, Robles’ confidence increases with the leadoff spot, and Juan Soto is Juan Soto, then the Nationals will have the best outfield in Major League Baseball.