Game #23 and we finally have MASN TV coverage! 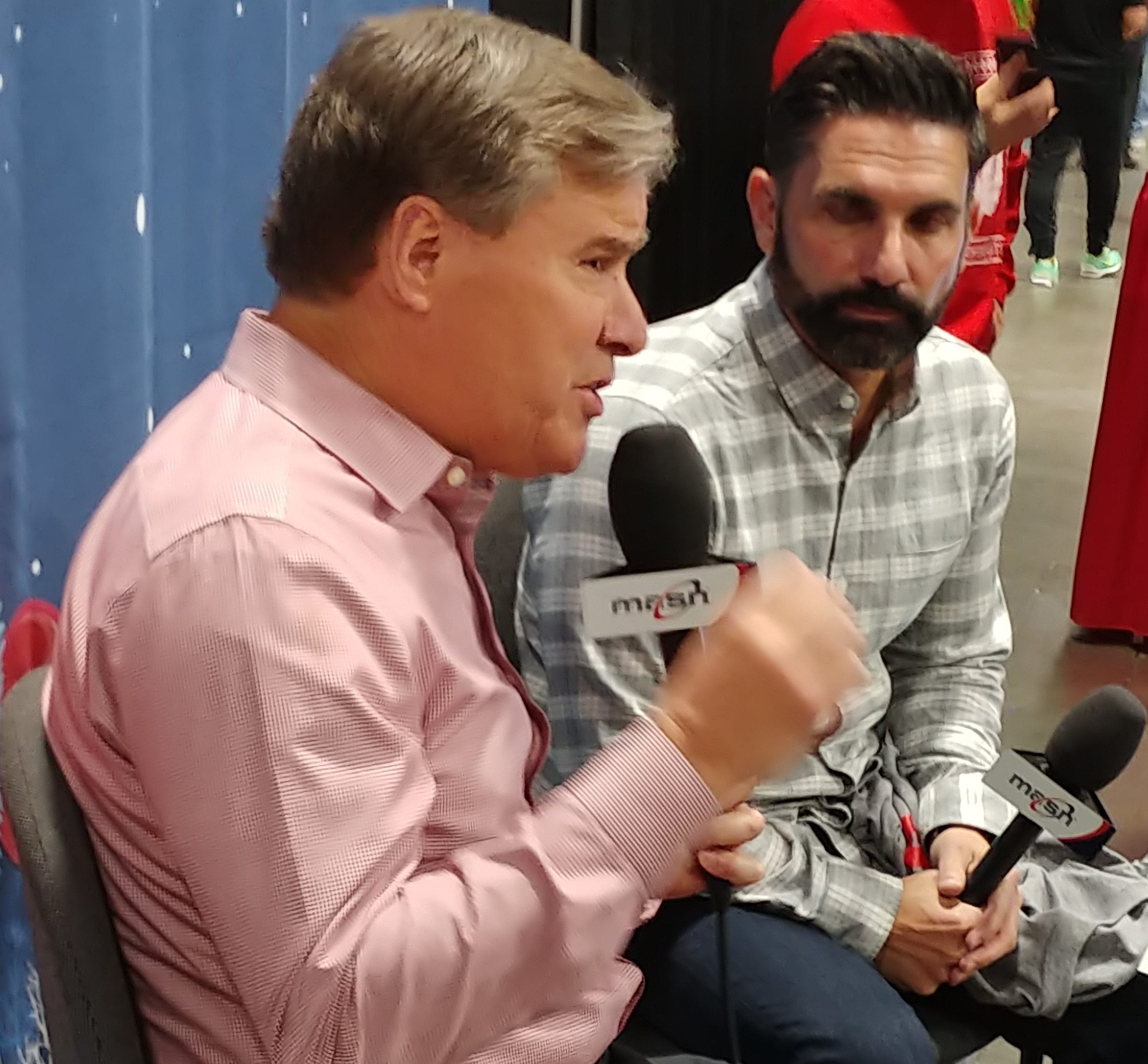 With only two games remaining on the Grapefruit League schedule, the Nationals monopolistic television provider, the Mid-Atlantic Sports Network (MASN), has finally shown up to broadcast a game. Well, better late than never as they say. With the Nats ownership of just over 20 percent of the network, they do not possess enough voting rights to force MASN to broadcast more games during Spring Training as the Angelos controlled network continues to frustrate the Nats and their fans. These words are nothing personal in our support of the on-air duo of Bob Carpenter and F.P. Santangelo and the on-site employees, this is a rant at the controlling Angelos family.

Well, we have a game today and  that’s the good news.. As Spring Training wraps up tomorrow, the Nats made several cuts on Saturday to give us a good look at what the Opening Day roster could look like. As Edgar Allan Poe wrote, “Believe half of what you see and nothing of what you hear.”

The Nats still have some question marks on health in the starting lineup with Starlin Castro (hamstring) and Juan Soto (calf). Manager Dave Martinez said that he is not concerned about either player. Whatever is going on with Soto, you hope he can flip the switch soon. Soto has no extra base hits and is last on the team in offense slashing .182/.289/.182/.471. In fact most of Soto’s hits were on the ground, and some never left the infield. 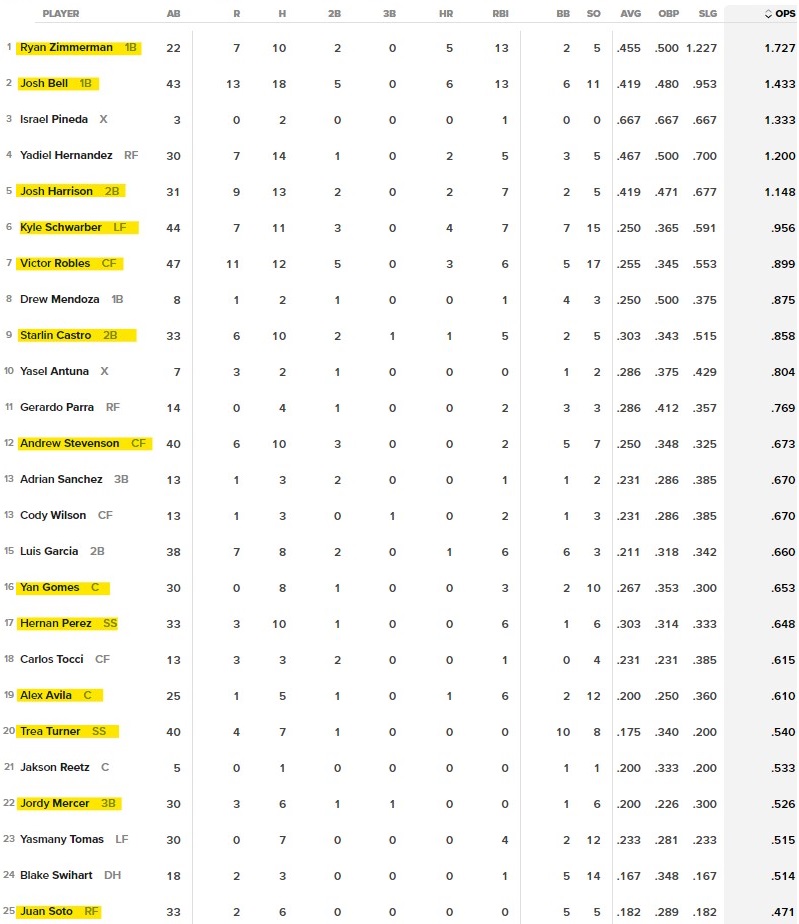 2021 Spring Training offensive stats sorted by OPS through March 27, 2021. The players highlighted in yellow are still in big league camp as of today.

In other injury news, reliever Will Harris‘ status has been upgraded as there was a misdiagnosis on what was originally reported as a blood clot in his right arm. On Friday, Harris flew to St. Louis to be examined by vascular surgeon, Dr. Robert Thompson, and Martinez stated that the surgeon had performed a procedure on Harris to remove a small blood clot, but several hours later, Martinez corrected his earlier report that there was no blood clot.

Martinez said that Dr. Thompson performed a venogram  on Harris which uses a contrast dye that is injected into a vein to show the blood flow. After the venogram, it was determined that there was no blood clot and fortunately there was no thoracic outlet syndrome. Harris is now back in Washington to meet with team doctor Robin West to determine why Harris had some numbing in his fingers.

“Hopefully now when he sees Dr. West and he gets diagnosed again, we can move forward and we can get him back as soon as possible,” Martinez said.

Harris will still start the season on the IL, as we await the forecast on how long he will be out. We also await news on what the team will do with Seth Romero and Rogelio Armenteros who both remain on the big league roster.

In this game the Cardinals will pitch the very veteran RHP Adam Wainwright. In the six games between these two teams in Spring Training games, the Nats faced Jack Flaherty in the opener then John Gant twice, and this will be the third time against Wainwright.