A good deep bullpen will take some pressure off of the starting pitching! Depth of starters will help also! 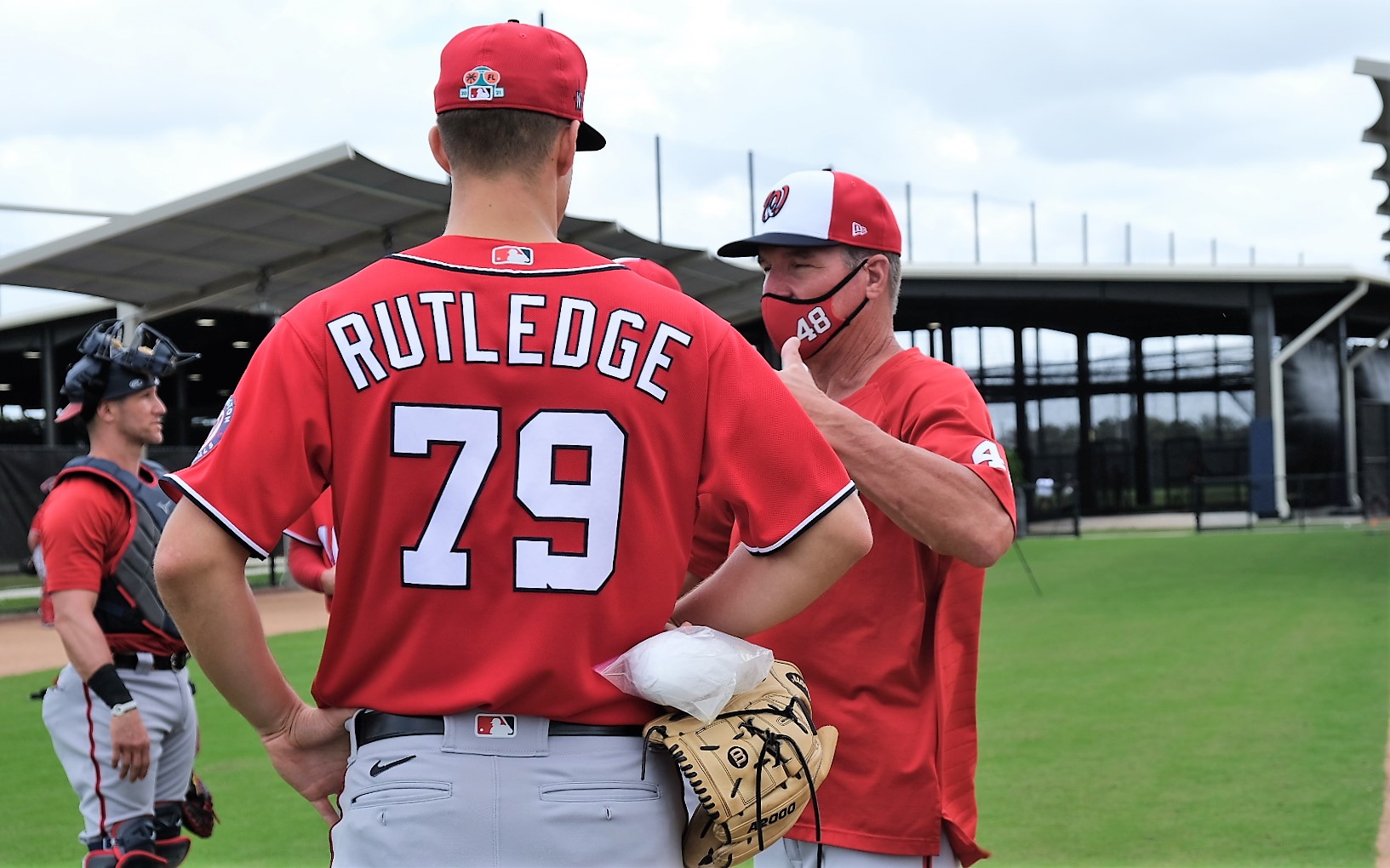 Pitching coach Jim Hickey talks with one of his top prospects; Photo provided by the Nationals to the media

To have an eight-man bullpen that can eat innings as well as close-out games is a luxury in baseball. We have seen the years when Washington Nationals’ managers of the past have been reluctant to pull a starting pitcher because they feared handing the ball to the bullpen. This season projects to be a season that manager Dave Martinez can err on the side of caution and have a quicker hook to pull a starter.

“Our back end of the bullpen right now, barring any injuries, looks really good,” Martinez said.

Fangraphs has the Nats starters averaging 5.88 innings per game and the bullpen covering a little bit over 3.12 innings due to those inevitable extra inning games. The writers at The Nats Report just did their analysis on the bullpen roster.

In 2020, Max Scherzer had his struggles in the 6th inning of games. It might be a one-off outlier or a sign that Scherzer cannot empty the tank and go as far as he used to. During those 6th innings, the 3-time Cy Young winner had an 8.64 ERA in 2020. This is where a great bullpen could take some stress off of Scherzer in 2021. Last year, the Nats’ starting pitchers had a franchise worst 5.38 ERA. Improvement has to also come from the analytics of optimal workloads.

Also Scherzer is going to be asked to go from 67 1/3 innings in 2020 to hopefully over 180.0 plus the postseason this year. How will new pitching coach Jim Hickey manage this tremendous increase in innings?

“It’s definitely something you’re going to have to manage,” Hickey said. “It’s going to be hard to imagine starting pitchers for instance jumping from 50 innings to flirting with 200 innings without some sort of a breather built in there some way especially in the case of someone like Strasburg who only threw the 5.0 innings last year — now, what are you going to expect out of him?”

“Believe me this is going to come into play in Spring Training as well. I think we’re certainly going to have some things built in there to give these guys a blow at some point during the season to rest it and recuperate a little bit.”

“There’s five starting pitchers for the most part in a Major League rotation, and you need to have about 10 starting pitchers in the mix so you can dip into that well when you need it. You’re going to need it at some point. There’s no question about that.”

For general manager Mike Rizzo, he rattled off his five starters plus several names who he thinks Hickey could have as backup starters when needed. The issue is creating 40-man space, but you can almost bet we will see one or two of the top prospects pitch this season.

“When you hear the names Jackson Rutledge, Cade Cavalli, Cole Henry, and Tim Cate — these are starting pitching prospects who could impact the big league club as early as some time in 2021,” Rizzo said.

It looks like the braintrust has it all figured out. Every team is dealing with the same issues and some will handle it better than the others. It is good to see the Nats have a plan in place.

This entry was posted in Bullpen, Starters. Bookmark the permalink.
← Previous Article | Next Article →