Andry Lara just turned 18 last month and is the #Nats 5th rated prospect; He tells us about his 4-pitch repertoire! 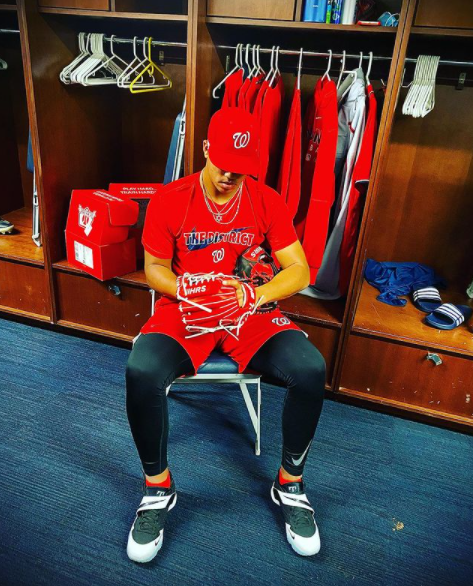 The Washington Nationals prospect list was just updated this week by Baseball America. Today we bring you the 18 year old, Andry Lara, and tomorrow we will publish Mason Denaburg‘s interview. That will complete the Top-8 prospects of the Nats. Getting to speak with Lara was a key as he is the top international pitcher in the Nats system. Similar to the Nats top-2 pitching prospects, Cade Cavalli and Jackson Rutledge, Lara has a four-pitch repertoire which is impressive. Even Baseball America did not know Lara was throwing a curveball now!

“Thank you, first thank God for keeping me in the Top-5 of the organization,” Lara told us. “I really feel very happy because they have trusted me and my work. I am currently throwing, 4-seam fastball, curveball, slider, and a changeup. I still will throw in a few 2-seamers.”

Lara is from Coro, Venezuela and having just turned 18, he is still growing. Currently, he measures in at 6’5″ and 235 pounds. The Nats signed him during the international signing period in 2019 for $1.25 million. He was ranked at the time as the 16th best international prospect of that class. In October, he was part of the Nats’ Fall instructs and impressed.

The teenager has also dabbled with some of the technology available and has used the Trackman system in bullpen sessions. The system gives you valuable feedback on the desired movement, vertical and horizontal, as well as spin rates. 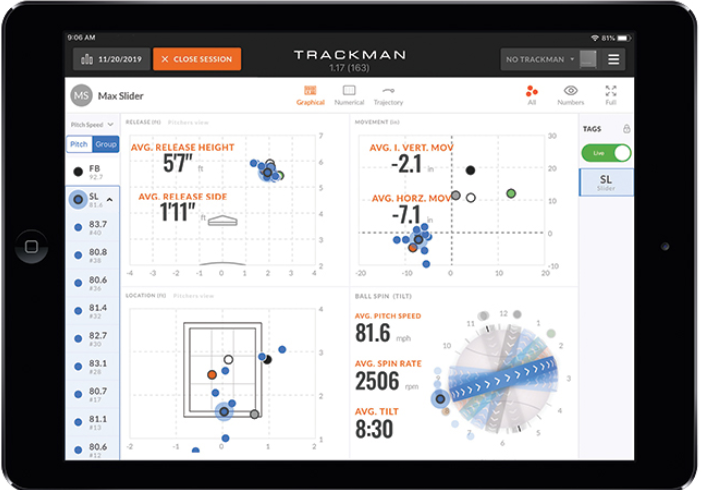 When he was signed, MLB.com wrote that he was throwing a 2-seamer with movement and Lara told us the 4-seamer is his primary fastball now. At the time of his signing, MLB.com wrote, “Lara profiles as a top-of-the-rotation starter, with a fastball that hovers around 92-94 mph; he has reached as high as 96 mph with it. His two-seam fastball might be his best pitch, but he also throws a power breaking ball. Lara also has good feel for his changeup, which features some sink. And he knows how to attack hitters, with some deception in his delivery and an aggressive approach.”

Here is how Baseball America has rated Lara:

TRACK RECORD: Lara was the Nationals’ top signing in the 2019 international class and received a $1.25 million bonus. He was set to make his debut in 2020, but was delayed after the coronavirus pandemic canceled the minor league season. Lara spent the summer working out at the Nationals’ facility in West Palm Beach, Fla., and impressed the strength and conditioning staff with his dedication in the weight room. He showed the same dedication in the classroom and completed the club’s Rosetta Stone language program.

SCOUTING REPORT: Lara is a 6-foot-5 righthander who throws his 92-96 mph fastball downhill with little effort. He has a quick arm and still has room to get stronger and add more velocity to his fastball. His slider is developing and shows the potential to be a swing-and-miss pitch. He also shows a feel for a nascent sinking changeup. Lara has a big frame he will have to maintain, but he has generally been a solid-strike thrower to this point in his career.

THE FUTURE: After experience in instructional leagues in both the United States and the Dominican Republic, Lara may jump straight to low Class A as an 18-year-old. He has the potential to be a solid starter and shows the aptitude to move quickly for his age.

The young Venezuelan has also taken advantage of his growth to ramp up that fastball into the high-90’s. As Baseball America thinks, he should land in Class-A ball once the minor leagues in 2021 gets underway.

“In my free time I like to enjoy with my family,” Lara said. “I like video games and listening to music.”

While Lara will be given time to progress through the minor leagues, he is seen as a power pitcher who is developing his off-speed pitches. The hope is to get him to be a front of the rotation starting pitcher. This all takes time.