How does Davey Martinez change his career slow-start record? 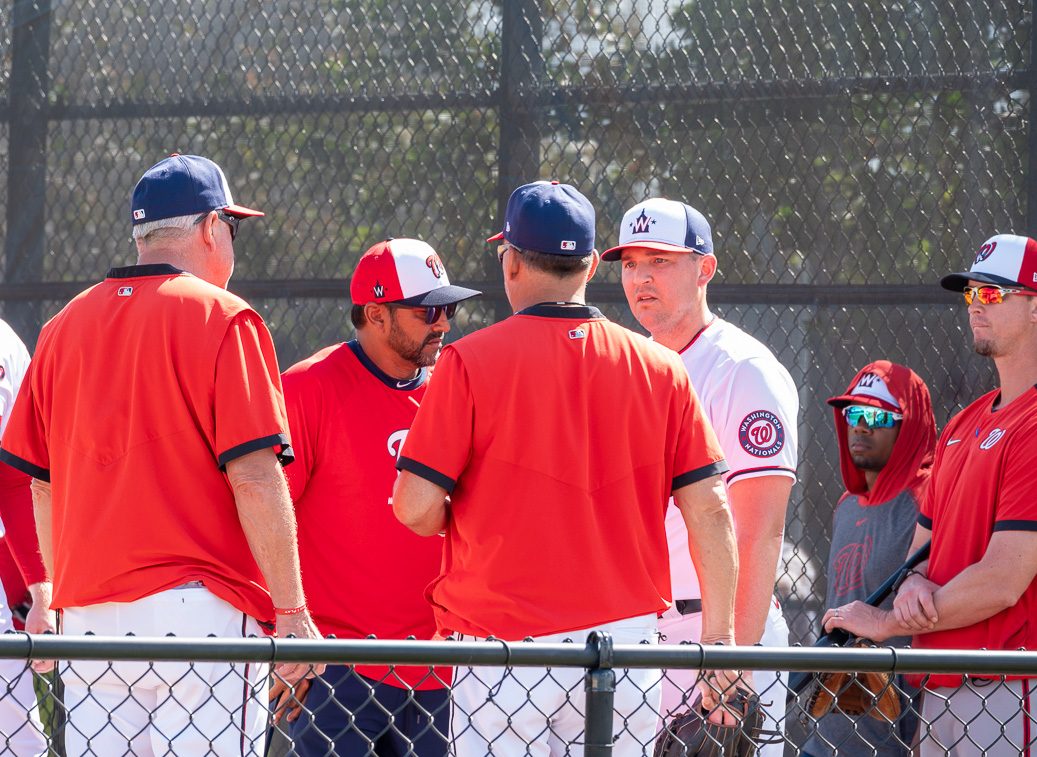 Davey Martinez in the middle of it; Photo by Craig Nedrow for TalkNats

In Dave Martinez‘s first season managing the Washington Nationals, he inherited an under-achieving 2017 team. His 2018 debut squad got off to a slow start with an 11-16 record which put the Nats quickly in a hole and 4th place in the NL East at the start to May of 2018. The Nats tried to dig out of that hole and with a 4-2 record to finish that season they finished at 82-80 and second place in the NL East. In 2019, we all know the infamous 19-31 start to that season that finished in a World Series win. Last year, the Nats were even worse with a 19-32 start to that season and with the truncated 60-game season it was over quickly with a 26-34 losing record and tied for last place in the NL East.

All together, 49-79 is that dreadful combination to Martinez’s starts to seasons in his managerial career. They say, “It’s not how you start… It’s how you finish!”. There is the parable of the two sons in bible teachings and their divergence to teach the paths we take, but sports is different. Many of us have heard this in different forms in life lessons. There is the tortoise and the hare story by Aesop. This is Davey Martinez — that slow and steady wins the race. And it did once, but coming from behind as a standard only works if the hole you dug for yourself is not too deep.

The Nats are the only team in the last 100 years to ever win a World Series when coming out of a twelve game deficit. It is rare, clearly. The lesson is to never give up. You persevere and 2019 taught teams that you can succeed. Coaches in the future will use the 2019 Nats as an example.

Of course it is how you finish. That is what counts in the final tally, but what we do along the way in the journey has to count for something. What can the Nats do as a team to get going out of the gates to a quick start? The simplistic answer is to win early and often. But more generically it has to be in the attention to the details that every game matters. Yes, the season is a marathon and you cannot sprint with your bullpen or else you burnout early. We know that. However there is a level of urgency to grab those early wins.

Yes, every season, even for the best teams, will have those bumpy roads as Davey likes to say those bumpy roads lead to beautiful places. Try something different and remember that you can steer around some bumps and potholes in the road. That is the point here to take an easier path to the finish line.

This entry was posted in CoachingStaff, DaveMartinez. Bookmark the permalink.
← Previous Article | Next Article →