So far, Nats fans just have Clay in their stockings and a few other stocking stuffers! 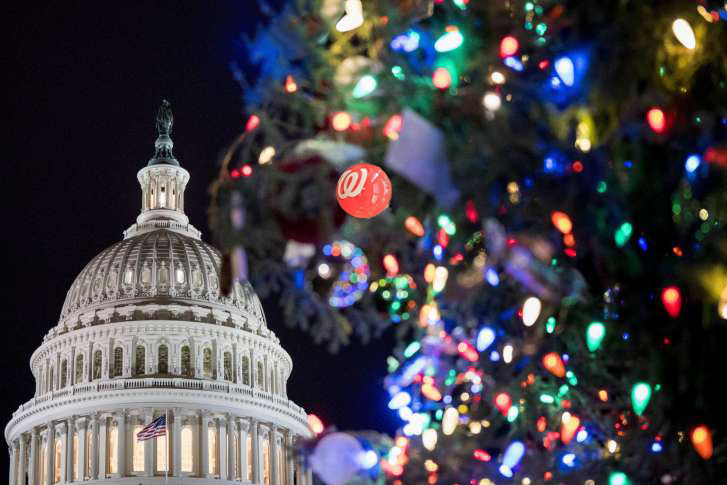 If you have been following along, most MLB teams have done nothing this offseason except for go into hibernation. There is a very good chance that MLB commissioner Rob Manfred will ask for a delay and shortening of the baseball season, and we will be thrust into the same ugliness we saw all spring between MLB and the player’s union spatting off at each other on what the 2020 season would turn into. Yes, the Covid pandemic has changed lives. But here we are again.

Really all the Washington Nationals have done is sign Sam Clay and Rogelio Armenteros and re-sign Josh Harrison along with promotions of a few minor leaguers to the 40-man roster —  but we still have not seen a multi-year deal — although we have heard and read a lot of rumors. Yes, the team is stacking up minor league signings, and we reported RHP Paolo Espino, RHP Raynel Moron, RHP Matthew Merrill and LF Yasmany Tomas were all signed, and additionally Jesse Dougherty of the Washington Post said that Jefry Rodriguez and Luis Avilan were both signed to minor league deals. All of those deals are now official except for Espino, Rodriguez and Avilan.

Behind the scenes, there are so many moving parts. This will be a slow moving market that is stuck in a deep freeze. Usually we would see a big signing or two before Christmas. The deals we will probably see is when a player gets impatient and grabs a low-ball offer because he wants peace of mind. Michael Wacha took $3 million from the Tampa Bay Rays this week to do just that. Hindsight could prove the early birds were the smart ones.

Social media will seem to rule the underbelly of the action which is tied up in rumors, arguments, faulty analysis, name calling, and complete B.S. while providing mindless entertainment for those who are tuning in.

Pretty sure all news about my free agency is running through @AgentRachelLuba. Did she tweet something I missed or is this just more fake news? 🤔🤔 https://t.co/6SMeKXMrBA

Of course there is a commonsense approach that plans change. If you name enough names your odds go up that you will eventually get one right. Attaching names to free agent signings and trades is a tactic often used. Even a broken watch is right twice a day.

Last week, manager Dave Martinez gave a vote of confidence to Carter Kieboom who struggled with the bat during the truncated 2020 season. Of course Kieboom is in the mix for starting third baseman next year. Looking at the roster, there is really only Kieboom or Starlin Castro with significant MLB time there of players on the Nats roster.

But days later, Britt Ghiroli of The Athletic reported the Nats are “open” to trading Kieboom.

A source told us that the Nationals are not shopping Kieboom for a trade and that is a key distinction. Being open to trading a player could be said about several players. It does not mean a trade is going to happen. Kieboom was the Nats’ № 1 prospect a year ago. Supposedly the team does not want to trade Jackson Rutledge and Cade Cavalli, and that is understandable as the team tries to build their depth of pitching. All of this began to percolate when the Nats were rumored by Jon Heyman to be discussing a Eugenio Suarez trade.

Nats have talked to the Reds about 3B Eugenio Suarez. Nothing imminent or believed anywhere close. Kieboom would make sense in a package. Prospects the Nats don’t want to deal: Rutledge, Cavalli, Garcia.

All of these new rumors seemed to stem from the Suarez tweet and there you go. The only sourced rumor we have is that the Nats are actively looking for a defensive-minded backup catcher behind Yan Gomes. We have been given two names that general manager Mike Rizzo has talked to agents for Tyler Flowers and Jason Castro. There have also been persistent rumors on Yadier Molina, and Curt Casali who was non-tendered by the Reds appears to be a fit as we wrote this week.

Before the dust settles, there will be more persistent rumors. It is that time of the year.