The MVP was a serious snub when you consider the voter’s criteria! 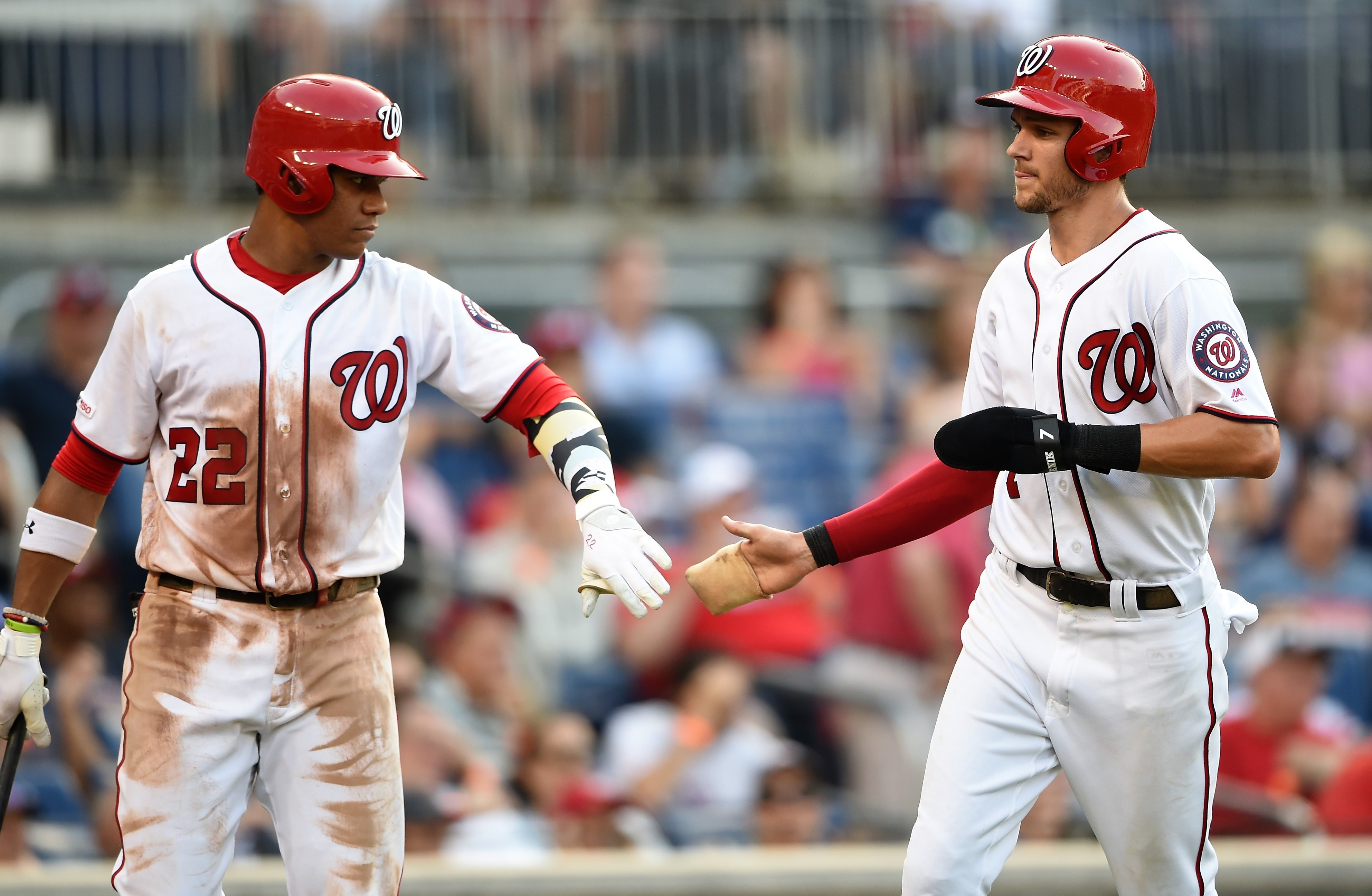 The MVP voting criteria makes it clear that the myth of an MVP must play for a playoff team has perpetuated into reasoning for snubs. The ballot reads: “The MVP need not come from a division winner or other playoff qualifier.” It never kept Mike Trout down — he has three MVPs, but it is selectively applied. Why wasn’t Juan Soto in the Top-3 of voting at the very least? There were three voters who put Soto in 2nd place in their ballots so there is that and those writers were all from NL East cities.

In the stats, Soto won the “slash” Triple Crown of batting average, OBP, and Slugging. His games missed were mostly because of a flawed COVID test that really needed an investigation due to the unusual nature of the results. That missed time by Soto hurt his team and Soto’s cumulative statistics in his runs, home runs and RBI totals. The Nats outfielder was the youngest NL player to ever win the batting title.

Here is the criteria directly given to the voters from the BBWAA:

1.  Actual value of a player to his team, that is, strength of offense and defense.
2.  Number of games played.
3.  General character, disposition, loyalty and effort.
4.  Former winners are eligible.
5.  Members of the committee may vote for more than one member of a team.

Of course it is subjective in the criteria, but it has nothing to do with whether the Nats made the playoffs. For that matter, Trea Turner should be way up there in the voting. It doesn’t say you have to use WAR, wRC+, or whether you can do the best bat flips.

Juan Soto’s rank among all @MLB outfielders in 2020:

You can still vote for the 2020 All-MLB Team presented by @CohnReznick!

Excellent! Tell me again how Trea didn’t win the Silver Slugger? While Tatis had a good year, he got to play all of his games in the West including the high altitude cities and that gave him the only difference over Trea in the HR totals — but Trea still won the SLUGGING% 🏆 https://t.co/w63rnxDGdf

Voters on the MVP must name their players from 1-to-10 and then the BBWAA assigns a value to each vote with a first-place vote worth 14 points. From second to 10th, the ballot spots are worth 9-8-7-6-5-4-3-2-1 points, respectively.

We knew last week that the Top-3 in the NL MVP were Freddie Freeman, Mookie Betts and Manny Machado. Honestly speaking, how did Machado get into the Top-3? He was not even better than his teammate Fernando Tatis — but wasn’t Trea Turner better than Tatis? Yep, confusing isn’t it. Look at who was the runaway best shortstop in the NL.

So how did the final vote turn-out? Well, Freddie Freeman was named the MVP for 2020. Juan Soto did finish in 5th place and Trea Turner in 7th place.

If you used WAR as your main criteria — as some do, would you extrapolate your numbers to see how valuable Juan Soto was on a per-PA basis? If you did, he would have finished just ahead of Betts for second place. As it turned out, Trea Turner was 4th of all players in NL WAR and well ahead of Machado.

At least for Soto, he won a Silver Slugger award — Turner got a big NOTHING! Most would say these awards are partially based on stats and partially based on popularity. Well, it did not get Tatis in the Top-3 of MVP voting, but it did get him the Silver Slugger award for the top offensive shortstop. By the way, after the voting, the ballots are made public. Each MLB city gets two votes each.

How did the two Washington D.C. writers vote: 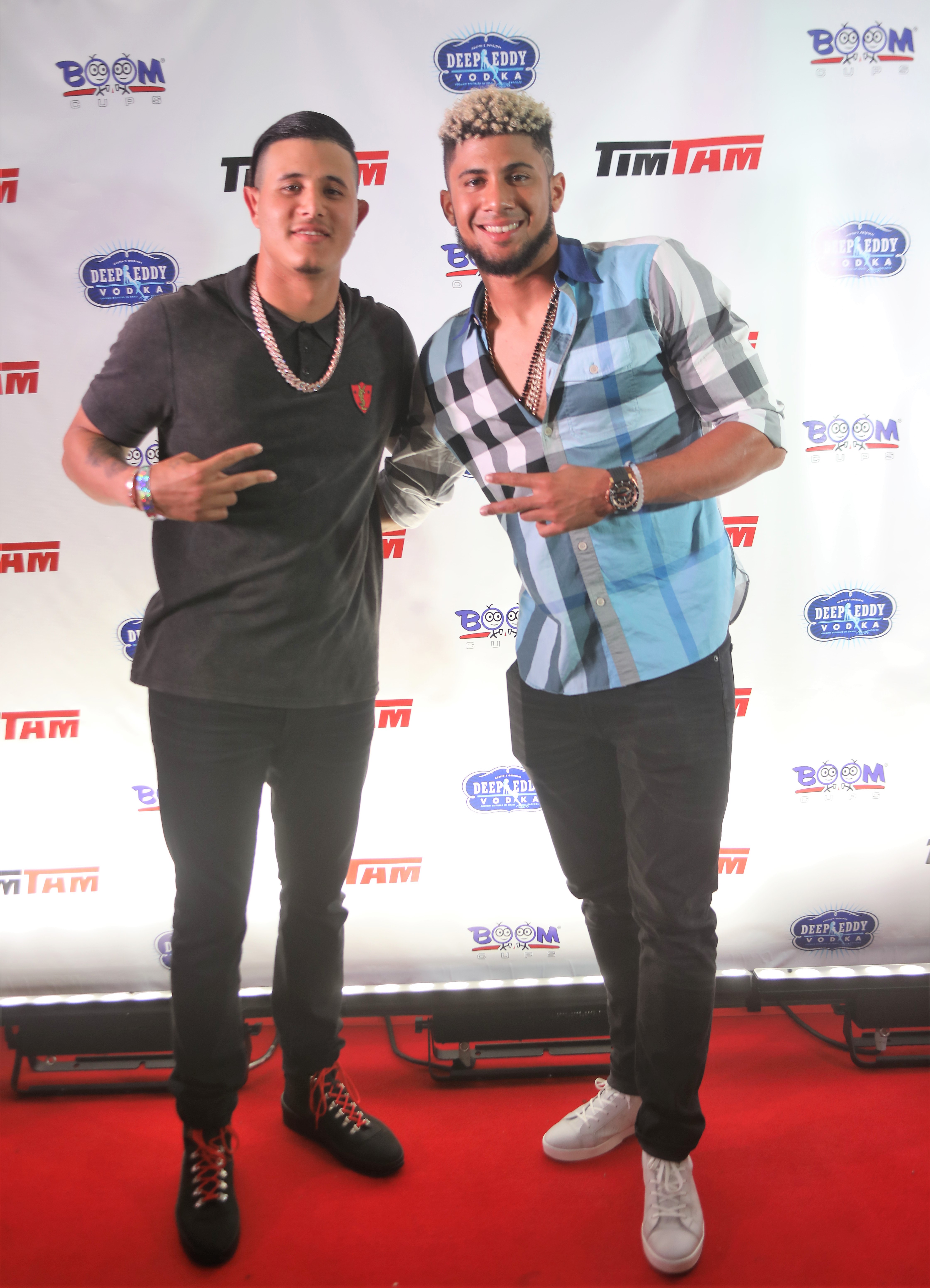 Machado and Tatis at a 2018 All-Star party; Photo by Sol Tucker for TalkNats 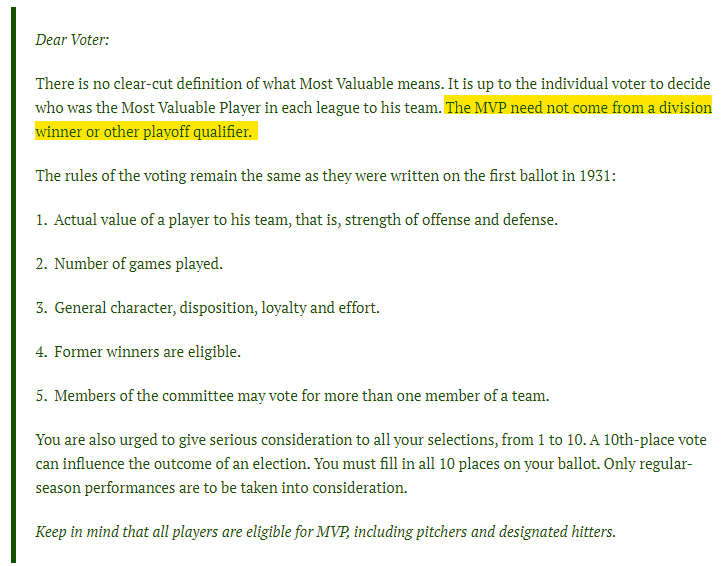 The actual letter sent by the BBWAA to MVP voters; We added the highlighted portion!

This entry was posted in Feature, Soto, Turner. Bookmark the permalink.
← Previous Article | Next Article →