Necessity is the mother of invention as baseball must reinvent itself! 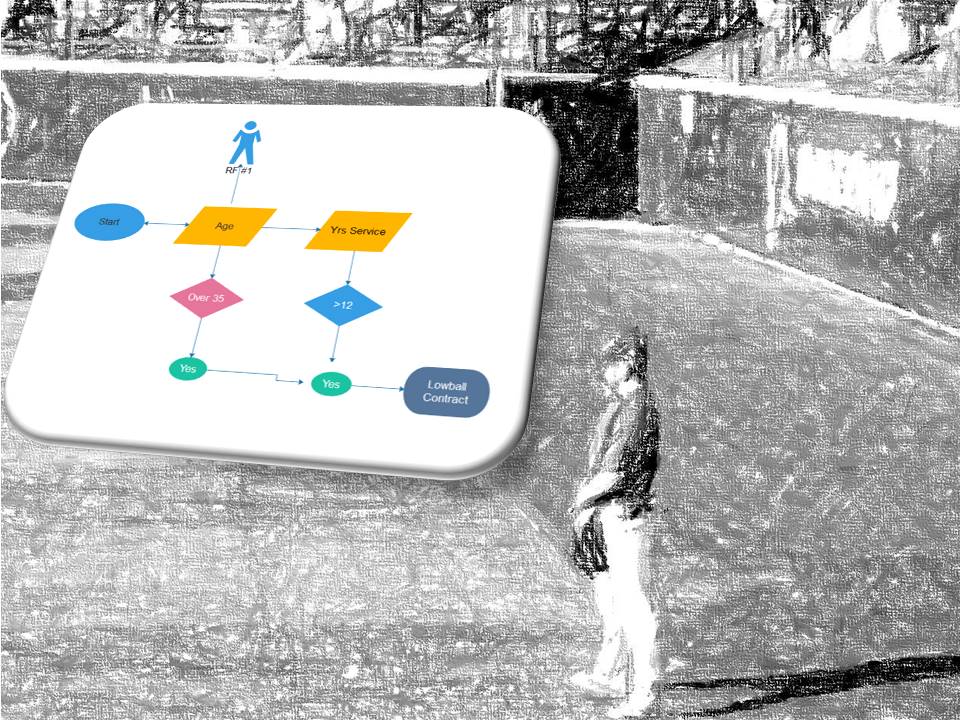 Free agent decisions have been consolidated into a series of algorithms and the criteria must be reprogrammed!

In 2014, Royals’ general manager Dayton Moore took his team to the World Series with a very different formula than the dominant San Francisco Giants. Moore’s team did not have one starting position player at an .800 OPS over over that season. They were a low payroll team. Moore started his career in the Atlanta Braves scouting department. He learned how they got their 6.0 innings from their starters which is exactly what Moore’s starters averaged in 2014, and then turned over the game to his three bullpen aces. Moore’s bullpen had Greg Holland (1.44 ERA), Wade Davis (1.00 ERA), Kelvin Herrera (1.41 ERA) and to add to their bullpen depth they had Jason Frasor (1.53) and Brandon Finnegan (1.29). Overall, all of their pitchers were good in RISP spots at a .680 OPS. Part of the reason their pitchers looked good is because of the Gold Glove defense and the team athleticism. They did this with a $92 million payroll. While they lost in the World Series to those Giants, they kept that same concept and made some tweaks for 2015.

Moore signed free agent Kendrys Morales and put an emphasis with his other players on taking walks and going “Moneyball” on getting on-base. It worked to get on-base and use their athleticism. With Morales, four other starters got their OPS over .800 that season. They got the offense and along with the same pitching philosophy won the World Series on a final payroll of $128 million.

This year, the Tampa Bay Rays made it to the World Series with a $93 million payroll. They used a similar formula to the Royals with quick hooks on pitchers and turning it over to their bullpen. Sure, maybe the Rays should have pushed more on their starting pitchers, and we will never know how that would have turned out. It seemed like the Dodgers time to win the World Series. Sometimes Goliath wins or if you look at the New York Yankees and Houston Astros, sometimes they don’t. Baseball in the end will only have one winner. All of the other teams have to figure out what went wrong. Moore did that with his 2014 team and it worked.

Sometimes the bounces go your way, and in a short series that could swing a pivotal game. In order to make the postseason, you must play well enough in the regular season to get into the postseason dance. Most teams will have to reinvent themselves this season and do it while cutting payroll.

You do not have to reinvent the wheel here. What about improving the team on the platoon concept? It saves money while using the theory of the sum of the parts can be better than the whole. Yes, platoons can be thwarted. They are not foolproof. But maybe taking a page from this year’s World Series teams, a platoon scenario favoring some lefty acquisitions will work if you acquire players who are used to playing in platoons. Maybe that is Joc Pederson and Mitch Moreland who both have been platoon bats. Maybe you shoot the arrow a little higher.

Yes, Brantley will be expensive and relatively speaking, Pederson will also. MLBTR estimates Brantley at 2/$28MM for a new deal and Pederson at 2/$18MM.  By the way, Pederson is only 28 years old and Brantley will be 34. If the Nats literally want to only add a couple million to the outfield, sign Pillar and platoon him with Andrew Stevenson. If you pivot like that, you have money to spend on first base if you believe that Carlos Santana can bounceback which Baseball-Reference projects at a .796 OPS. The switch-hitter is estimated to make $6 million in 2021 on a one-year deal per MLBTR.

Maybe if Rizzo goes cheap in the outfield (which I do not recommend), he could spend at catcher and pursue James McCann who MLBTR projects at 2/$20MM. The 30-year-old had an All-Star season last year and was mostly known as a defensive catcher when his bat woke-up in 2019 and was a stick on fire in 2020 where he slashed 4 points under .900 this year.

In a year where money will be tight, spend it on Brantley and Pillar but structure a deal with Brantley to get him closer to $12 million to get the cost down for that pair to a combined $14 million, Santana and Moreland for a combined $9 million, and your total spend is $23 million and if there is a National League DH in 2021, you will be glad you made these acquisitions. Rizzo can add a 4th starting pitcher on the lower end and a backup catcher behind Yan Gomes and the team could have an Opening Day payroll for under $179 million. By doing that, you have payroll flexibility if fans are back in the stands for a re-look at the July 31 trade deadline for any upgrades.