Priority #2 a new acquisition to bat after Juan Soto in the lineup! 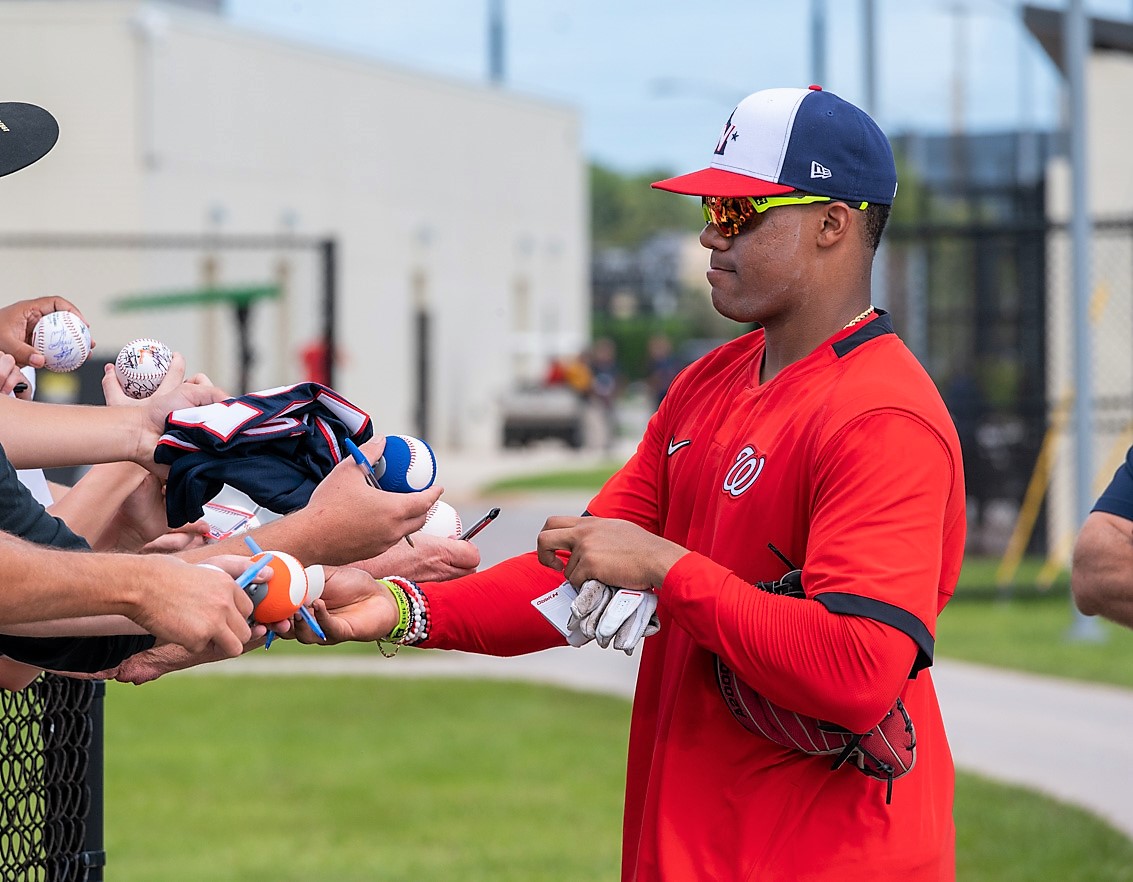 “Hey Juan,” they were yelling; Photo by Craig Nedrow for TalkNats

Over the next few weeks we will go through the Washington Nationals’ priorities we laid out for the off-season. We are on the second priority which could be the toughest to fill given the limited supply of legitimate middle of the order right-handed bats available who could bat after Juan Soto in the lineup and give him the protection he needs. If you look at the trade market or free agency for that player, it will be a tough ticket to fill. If you want that player in free agency without a QO tag, it might not be possible.

In the good times, Ryan Zimmerman had that assignment to bat after Bryce Harper, and Howie Kendrick did it for Juan Soto in 2019. In the postseason last year, the lineup clicked with Trea Turner–Adam Eaton–Anthony Rendon-Juan Soto-Howie Kendrick, and that was a formidable 1-5 in the batting order. With Rendon gone, and Kendrick struggling to stay healthy, the 2020 lineup took a sizable hit. Looking forward, general manager Mike Rizzo must find that righty thumper to bat after Soto in 2021.

If money did not matter, Freddie Freeman‘s 2020 protection is available in free agency. Yes, Marcel Ozuna is set to become a free agent after the season is over. He should be the highest player in demand for position players. If we look at the list on MLBTR for other available free agents, it is a short list. Sure you could take a chance on Justin Turner or Kendrick with the hopes that they can replicate their prior successes while staying healthy, but manager Dave Martinez needs a name he can write into the lineup daily. Would you even bother with Yasiel Puig or Steven Souza Jr.?

Here is a shortlist from the free agent market and really only the first two qualify as legitimate thump:

Yes, the list is short. What about trade candidates? That list is shorter, and Rizzo will have to look to change of scenery candidates and salary dumps to avoid the requests for top prospects in return:

This is what Mike Rizzo gets paid to do when holes need to be filled. If Rizzo made no moves, it could be Starlin Castro batting after Soto. The other possibility is Yan Gomes who quietly had a solid year for the Nats on the offensive side, but he is not an everyday player as a catcher.

What names do you have to add to the list?