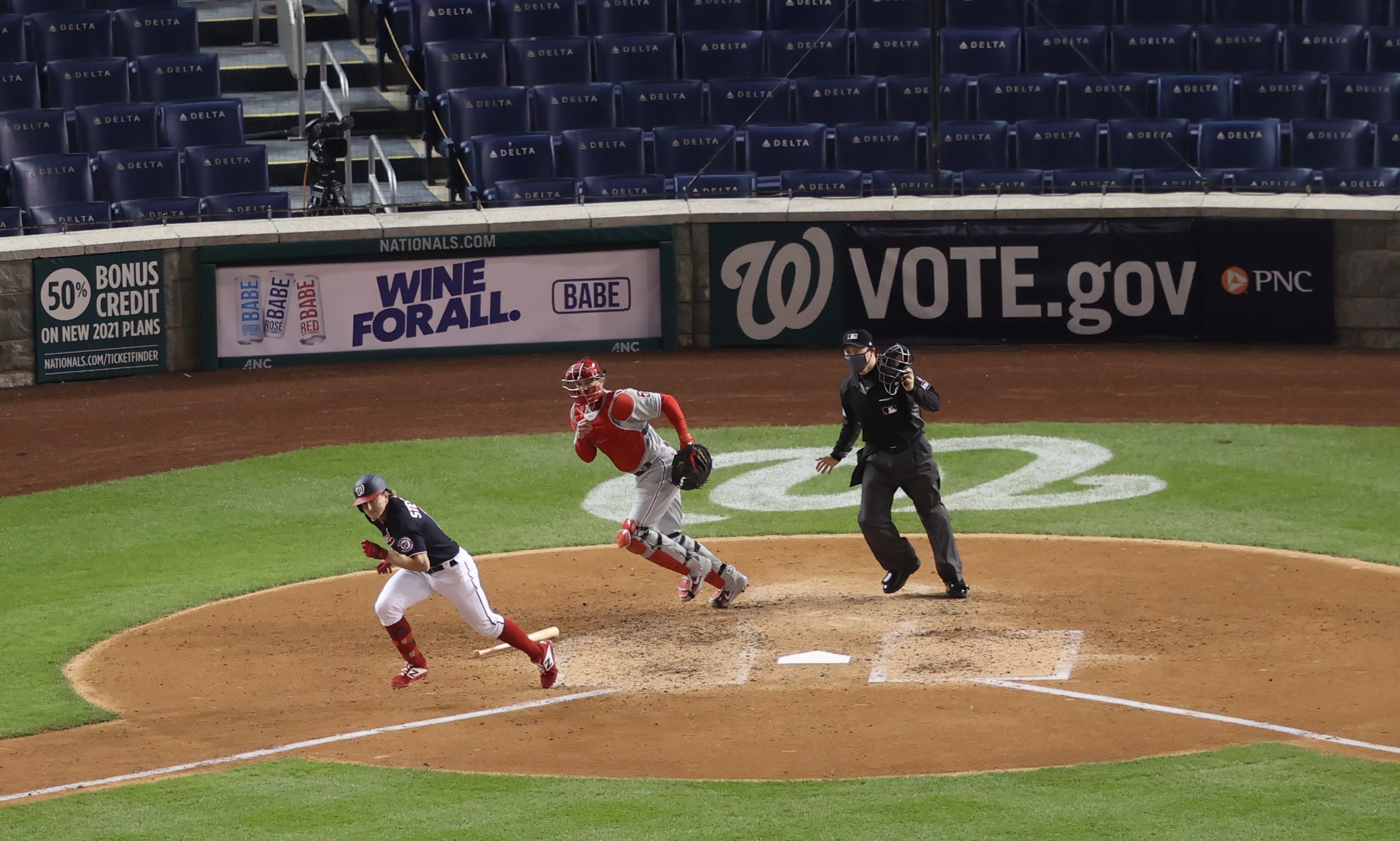 Andrew Stevenson gets another start; Photo by Sol Tucker for TalkNats

The Washington Nationals have never been subjected to three doubleheaders in five days, but many of them played those in travel tournaments in their youth. One thing the MLB schedulers did not do was plan enough open days on the calendar just in case there were postponements. The Nationals were once again out of “spot” pitchers as both Wil Crowe and Ben Braymer have pitched in the last two doubleheaders, and Crowe pitched just 4 days ago and will be available out of the bullpen at the 29th man for this doubleheader.

The Nats are pitching Austin Voth in the first game against Aaron Nola. In the second game, the Nats expect to start Paulo Espino who was called up yesterday. Espino has MLB experience, but since it did not go well for him, the Espino timeline for his career was limited to just 2017 for both the Brewers and the Rangers. When the Brewers cut him loose after the 2018 season, Espino signed as a minor league free agent with the Nationals before the 2019 season.

It appears that Carter Kieboom will not be put on the IL for his wrist contusion, and it is quite possible the Nats will play with a man down. The team will put Josh Harrison at 3rd base for the first game then reassess after the game to see how Kieboom feels. Brock Holt will play first base as Eric Thames will sit again.

Since the Reds won last night coupled with a Phillies loss, that changed the landscape of the playoff hunt. If the Giants won last night, the Phillies would have been push out of the current playoff teams, but pressure seems to change how teams react to the situation and the Giants got crushed with their #1 pitcher on the mound in Johnny Cueto.

The Nats can make the Phillies lives miserable if they can win more games against them. According to Jeff Passan of ESPN, he hearts that draft order will be determined on the normal standards of the worst teams based on winning percentages choose at the top of the draft for 2021 which contradicts earlier reports that MLB could average 2019 plus 2020 results. So…losing is a good thing for the Nats…if it happened. Based on Passan’s news, the Nats would currently pick #5 overall which would be their highest pick since 2011 when they chose Anthony Rendon at #6 overall.