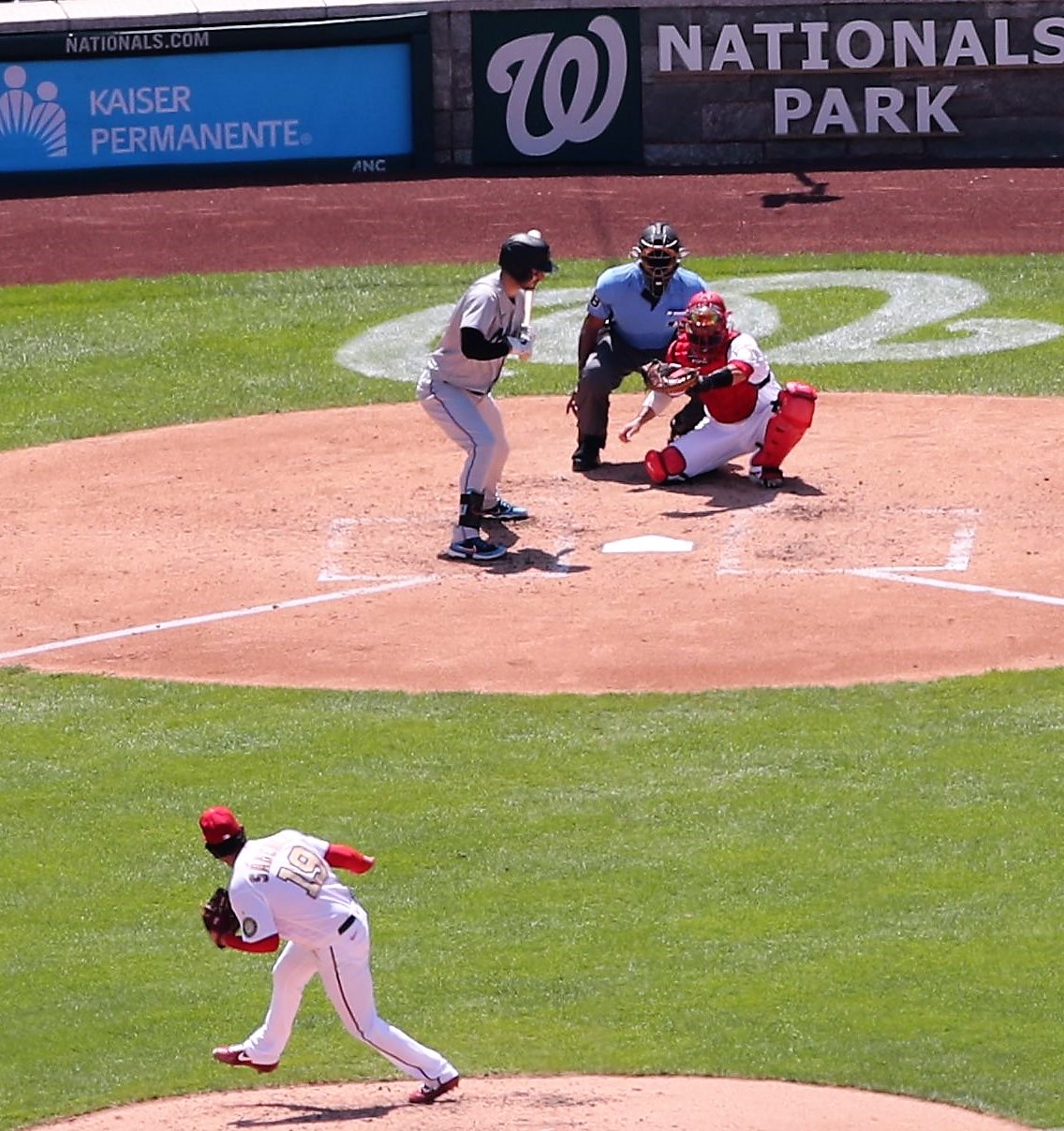 Strikeout by Anibal Sanchez; Photo by Sol Tucker for TalkNats

We have baseball tonight, even though the Nationals are closing in on being eliminated. Sure, the team is still mathematically alive and would need a miracle finish at 14-1 in the final fifteen games for a chance. Yes, there is still a chance Lloyd. Realistically some fans are watching to get a glimpse of the rookies, and while you will get to see Luis Garcia and Carter Kieboom — there is no telling if Jake Noll and Yadiel Hernandez will get into this game. In fact, Noll could be gone quickly as he was activated when Brock Holt went on paternity leave as that was how Noll was added to the roster yesterday. Paternity leave is a maximum of three games.

In the not-so-shocking Nats roster moves, Tanner Rainey was put on the 10-day IL with that flexor strain in his right arm, and the team has activated Aaron Barrett to take his place. Barrett was just gone the past few days on his own paternity leave for his baby boy who was born on Thursday. He traveled to and fro in a rental car between his off-season home in Florida and the Alternate Training Site in Fredericksburg. He said the drive was about 13-hours each way and when he returned he pitched his inning of work and got the call-up. While this was nothing as emotional as his call-up a year ago on September 3rd, this was significant after the birth of his son Paxtyn James Barrett. Those monogrammed towels will be PBJ.

There is so much going on with players being shuffled in and out with less than two weeks remaining in the season, and not much time to evaluate the players on the roster.

The Nats will start Anibal Sanchez in this game against the Tampa Bay Rays, and the Rays counter with RHP John Curtiss.

The last time the Nats were in Tampa Bay in 2018 it was a very different looking team and lineup for both teams at the end of June of that year.