Rizzo under contract shapes the #Nats future, but what does the short-term look like? 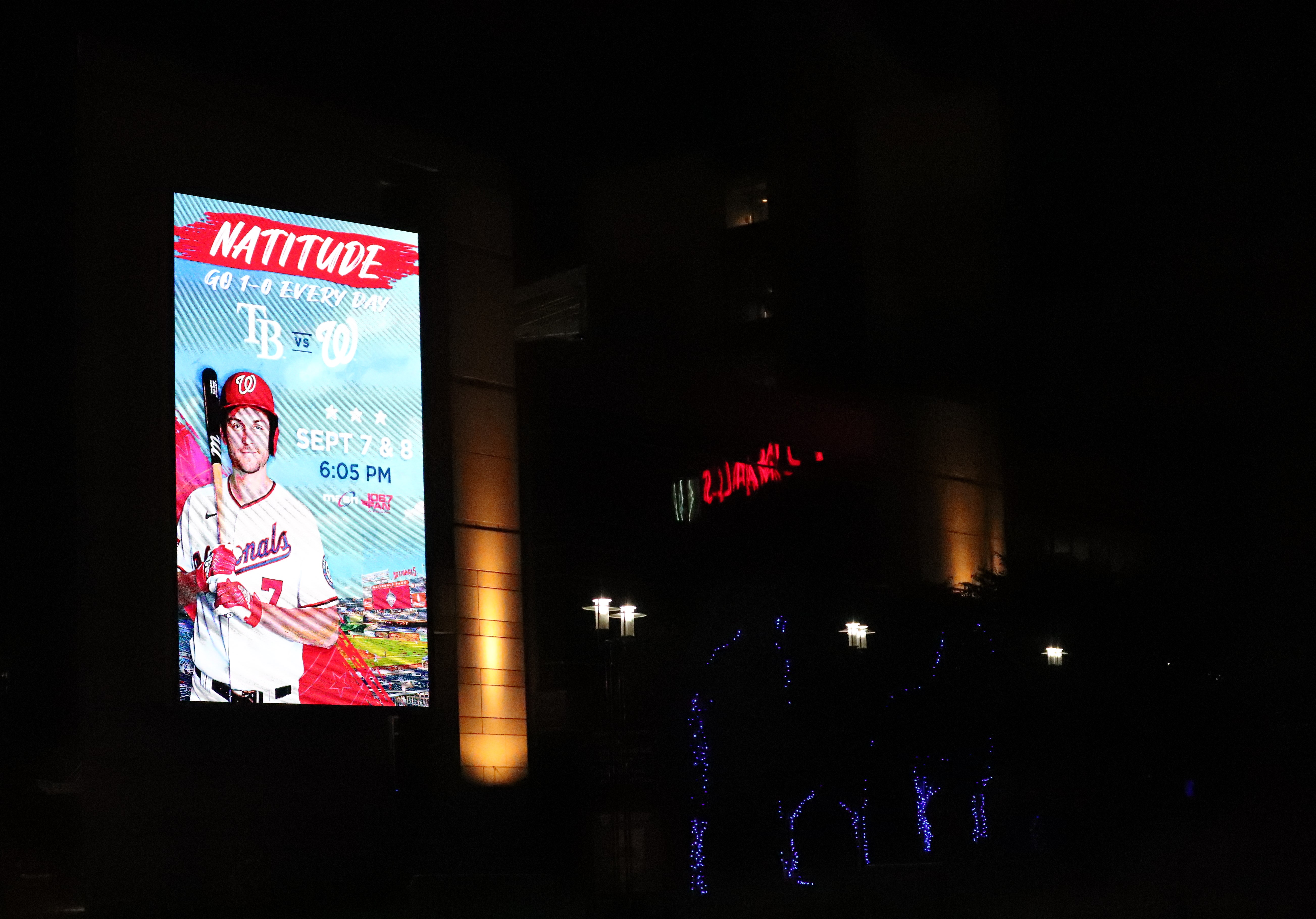 Is Trea Turner the new face of the Nats?; Photo by Sol Tucker for TalkNats

With general manager Mike Rizzo penned for the next three years, what does the short-term look like? Certainly Dave Martinez is the longest tenured Washington Nationals’ manager in terms of full-seasons as he will finish his third season this year. He would have set the mark for most games managed this year if the season was not cut back to 60-games due to COVID. Once Martinez surpasses 410 games, he will set the new record over Manny Acta. That is not much of an accomplishment when you consider that Acta’s mark was just 2 ½ seasons.

The Nats manager will get to 384 regular season games managed this year, and he has done his best work when he managed in those 12-postseason wins, and the final 112 games of the 2019 regular season when he did the improbable. Davey has a fourth year option at $1.2 million, and his boss wants that option torn up and turned into a longer-term deal.

“My plan is — and my preference is to not pick up the option and to go well beyond that,” Rizzo said over the weekend. “That’s the plan going forward to see if we can get something done negotiating a longer-term deal with him.”

When you publicly make that statement, you know how Rizzo feels, and if Davey does not get that long-term deal now — it becomes obvious that ownership is not ready to go in that direction for now. The statement let the genie out of the bottle and now you cannot put the genie back in. They might be in a wait and see. So far the Nats have had a miserable year and in last place in the NL East.

Maybe this is the year that if you’re going to have a lousy year you do it in what many consider a joke of a season. A 60-game exhibition season it has felt at times. But it is a season that still counts. The Nats who are built on starting pitching are looking rough sans Max Scherzer who has a 3.40 ERA and every other starting pitcher is north of 4.00. One pitcher, Austin Voth is somewhere north of 8.00.

There is no readily available pitching depth to patch the holes. Erick Fedde is in the rotation and he has struggled. They have tried Wil Crowe twice. Ben Braymer was eased into a relief role and so was Seth Romero. Since August 24th, Scherzer is the only Nats starting pitcher with a win, and he has two in that span.

Today, the Nats are 15-25 and the best thing for this team is to “tank” for better draft picks so they can get some top of the rotation starting pitching, but tanking is a word not in the team’s current lexicon. If the Nats continue to go 2-3 in every five game set for the remainder of the season, they would finish at 23-37 which is a 100-loss pace in a regular 162 game season. But, some like Bo Porter on the MASN broadcast think the Nats can go on an improbable winning streak and get into the 16-team playoff picture.

The Pirates and Rangers are the worst in baseball now and could be in a position to draft Kumar Rocker who appears to be the presumptive first pick of the 2021 draft. The Nats currently have the 6th worst record determined by winning percentage. But the Nats are only separated by two wins and those teams.

With the lowest rated farm system, the Nats awful 2020 season could be a blessing in disguise if it netted them some great picks in the draft. The last three times the Nats finished with at least the 6th worst record to the worst overall they snagged Anthony Rendon, Bryce Harper and Stephen Strasburg. None of them stayed in the minor leagues for long — but that trio turned the Nats into perennial winners. Strasburg is now injured and not pitching for the Nats, and the other two left for big free agent contracts.

That brings us to what the Nats need to do when they get back a healthy Strasburg, and turn the page on the 2020 season. With Stras and Patrick Corbin under contract long-term to anchor the rotation, the Nats need to tie up one of their young position players. Trea Turner is now the longest tenured starting position player on the Nats after Ryan Zimmerman opted-out. Juan Soto could be the best player in baseball younger than 25 and that is certainly open for debate.

Can the Nats afford Juan Soto long-term given that his agent, Scott Boras, will want to break Mookie Betts contract. It seems that Trea Turner who currently leads all of baseball in batting average could be the target to sign long-term. Rizzo admitted that they talked about a contract extension in Spring Training.

“We’ve had some discussions in Spring Training 1.0 this year,” Rizzo said, “… and [we] hope to figure out what the landscape looks like moving forward, but suffice it to say, he’s a guy that we want to build around and would love to have him here for a long time.”

Clearly nothing got done then, and now Trea’s price has only gone up. Turner has two years of team control remaining after this season. We have already penciled in a $12 million deal for the shortstop for next year’s arbitration. We also project $39,450,270 of open payroll for the off-season under the 2021 CBT cap ($210 million). That includes a sizable raise for Juan Soto, and also cutting ties with veterans like Adam Eaton, Sean Doolittle, Anibal Sanchez, Kurt Suzuki, Eric Thames, and Asdrubal Cabrera. We did pencil in a reunion with Zimmerman and a final year of Howie Kendrick. If those two don’t return, then the Nats would be $47.7 million under the cap.

Let’s say the Nats sign Trea to a seven-year $154 million deal at $22 million a year, then the Nats would be $29 million under the cap. That would not leave a lot of money to spend on a 4th starting pitcher, frontline catcher, starting rightfielder, and a lefty thumper for first base. Those assets usually cost big money.

But the big question is, will the Nats cut back on spending in 2021? After this COVID season that will probably push the team deep into the “red” with losses of $80 to $120 million according to our sources, will the Nats join other teams in cutting back on 2021 payroll?

That is perhaps the most important short-term issue. What will the budget be for 2021?