The Nats crush the Mets to keep their road record perfect for the season! 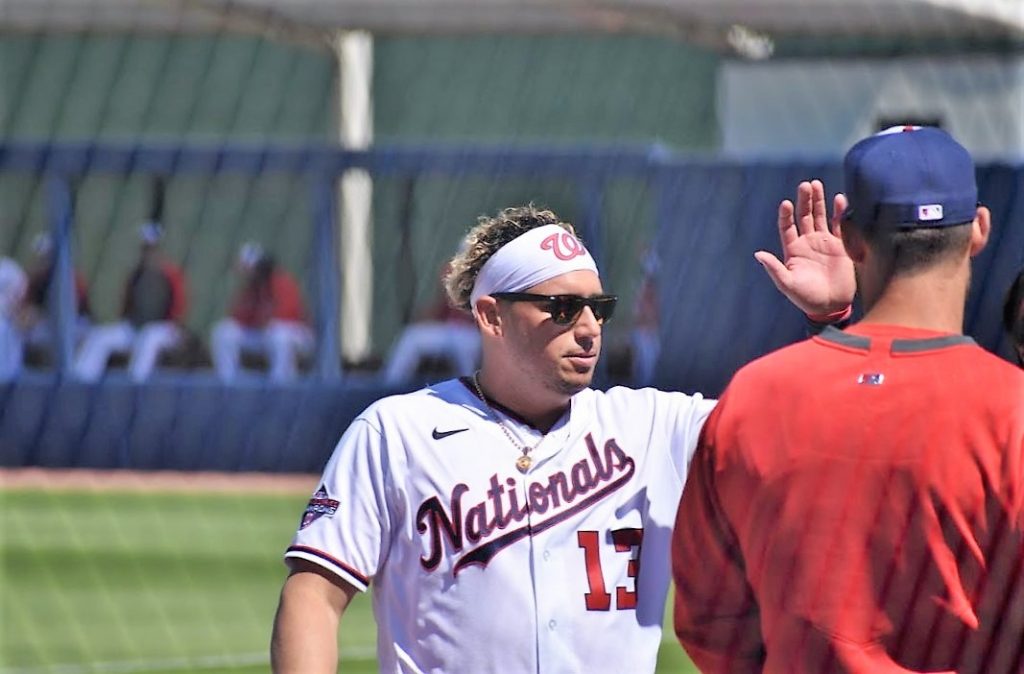 The Nats desperately needed a laugher this season, and they got it on the arm of Patrick Corbin and the bats of Asdrubal Cabrera, Juan Soto, and Trea Turner in a 16-4 blowout in CitiField. The Nats are technically 3-0 on the road this season. If you count the 2019 postseason, that road winning streak is 11-games dating back to October 4, 2019 in Game 2 of the NLDS in Los Angeles.

Once again, the Nats crushed a lefty starter and the victim once again was Steven Matz. Cabrera had a 4-4 night with 2 home runs, Soto bashed a 463 foot homer in a 3-hit night, and Trea Turner also had 3-hits including a home run. In fact, every Nats starter had a hit tonight except for Starlin Castro. The Nats were 8-17 in RISP situations tonight.

“He just hits the ball really hard. All of his at-bats were really impressive,” manager Dave Martinez said about Soto.

Soto finished a triple shy of a cycle and with the blowout wouldn’t get the opportunity to go for it as he was replaced after the sixth inning by Michael Taylor. Soto’s home run was the longest in his career and he is batting .444 on the season with a 1.418 OPS. Soto confessed that he watched the flight of that home run.

“I followed the ball all the way,” Soto admitted. “I wanted to see if I could hit it in the apple [scultpure]. Yeah, I saw it, and it was way far.”

For Patrick Corbin, he was dotting the strike zone all night until his lead got to 14-runs and he loosened up and gave up 2-runs over 6.0 innings for the win. Wander Suero and Sean Doolittle closed out the game and each gave up a run.

Asdrubal Cabrera has played in 1,671 games in his career before tonight and just had his first game in his career with four extra-base hits.

“Cabrera is just a professional hitter,” Martinez said. “ … it was good to see. He’s letting his hands work. When he gets hot like that, he can do some damage.”

Asdrubal Cabrera of the @Nationals went 4-for-4 with 2 homers and 2 doubles tonight against the Mets, his former team.

He’s the 1st player to go 4-for-4 with 4 XBH against a former team since the Dodgers’ Johnny Cooney did so against the Boston Bees on 8/21/1937.#NATITUDE

In a fun part of the night, Davey gave Cabrera a piggyback ride in the dugout after his second home run of the game in the seventh inning. The Nats manager joked that he would have to visit the trainer after that. Hitting coach Kevin Long gave Trea Turner a piggyback ride after his homer in the third inning which prompted Davey to agree to do it also. Did anyone give Juan Soto a ride? He homered after Turner in that third inning.

“I weigh 230 [pounds],” Cabrera said after getting the piggyback ride. “I don’t know if [Davey] is going to be fine tomorrow, but he’s fine tonight.”

Special mention to Yan Gomes who called a great game behind the plate and added his first two hits of the season.