The last time Washington defended the MLB World Championship was 1925

One of the joys of being a baseball fan is the anticipation of Opening Day each spring.  This assumes that there is a team playing for your region’s city.  For thirty-four years the denizens of the metropolitan Washington area were left with the choice of ignoring the game altogether or adopting some distant team.  Still, there was an Opening Day on the calendar.  Most of the nation paid at least some attention to it.  But, there has never been a spring without baseball since the invention of the electric light bulb…until this one.  With a menacing and tenacious virus loosed on the land the theater that is baseball simply went “dark.”  Now, it will begin very much late and very much different.  It is less an occasion for joy than tepid relief.

Baseball follows the arc of light across the seasons, starting and ending a week or so after the two equinoxes.  Few things celebrate the twilight better than the game.  The late Rod Serling would begin his “Twilight Zone” shows with the simple yet elegant phrase, “Imagine if you will…”  It would have taken a recklessly vivid imagination last winter to have conjured up the current realities. After a lifetime of doubting it possible Washington won the big prize.  There is a large stack of winters of discontent in the folder.  This wasn’t one of them.  In the bittersweet reality of the modern market the champions lost the best position player they had ever developed, but kept the best home grown pitcher.  Ambitions for assembling and maintaining a reprise of Murderer’s Row were summarily tempered.  The days of dynasties in the sport are long gone.  Yet, there was plenty of cause for optimism in early March with Opening Day within a handful of weeks.  When the first pitch of the season that counts is thrown it will be more than a month after the Solstice.  The vaunted “Dog Days of Summer” will have officially begun the day before.  And, the same date on the 2019 schedule was Game #99.  Imagine if you will indeed. 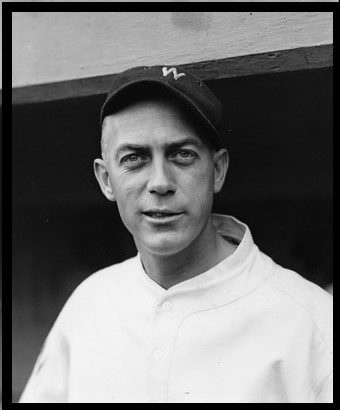 The last time the city’s team opened a championship defense it was April 14, 1925 in New York.  Player-Manager Bucky Harris sent 36 year-old lefty George Mogridge to the hill for what turned out to be a lackluster effort.  Mogridge had won 18 games for the Senators in 1924.  But, this day he gave up 5 earned runs spread over 7 hits including a triple by the opposing pitcher.  He did hold Wally Pipp hitless, however.  Lou Gehrig was on the bench.  His consecutive game streak wouldn’t start until 6-weeks later.  Mogridge was traded midway through the year eventually ending his career with the inglorious record of 132-133.  The Senators, however, went back to the World Series.  Playing in fog and rain on a muddy mess of a field Washington had a 4-run lead at the end of the 7th inning in Game 7.  Left Fielder Goose Goslin claimed he could not see the infield for the fog after the 6th inning. Legend has it that the umpires wanted to call the game after the 7th.  Senators’ owner Clark Griffith supposedly talked them out of it as he wanted to win with a complete game.  Old Clark was never the sharpest knife in the drawer.  A ball down the left-field line through the fog drove in the winning runs.  There were no foul line umpires.  Goslin always claimed the ball was easily foul.  He was the only one on the field with a clear view of it, however.  With that, the run of top-flight baseball for the Senators came to an end until wunderkind Joe Cronin took the team back to the World Series in 1933.  It would be 87-years until the city would get another crack at one.

The shortened season is a bit of a Rorschach test for fans.  What do you see in the splotches?  A list of possibilities is quite long.  Some will see an extended exhibition season.  Others will see a very meaningful campaign.  Then some will see the title defense and little else.  Whatever one sees in it this “season” will be mercilessly short.  The sixty game mark is about where most field managers get the complete feel for what the team has and will become.  This year that will be the end of the road.  Less like growing flowers from seed to watch them grow this year will be more like buying cut flowers and putting them in a vase.  From the minute they hit the water in the glass the trip is all downhill and quickly so.

The game itself, sans patrons in the stands will be eerily unfamiliar.  At least it will be at first.  Humans have an amazing capacity for adaptation.  Baseball fans spend enormous amounts of time absorbing the game.  Within a few weeks the absence of crowd noise will go unnoticed as the games begin dwindling down towards an uncertain winter.

How much satisfaction one will derive from baseball in 2020 is unknown.  What the off-season will bring is beyond ciphering.  What the industry will do next year is anyone’s guess.  What we do know is that we will soon hear the immortal words, “Play Ball.”  For right now, that alone will simply have to do.