Suero and Elías to the IL; What is going on inside self-isolation? What about a move to Virginia? 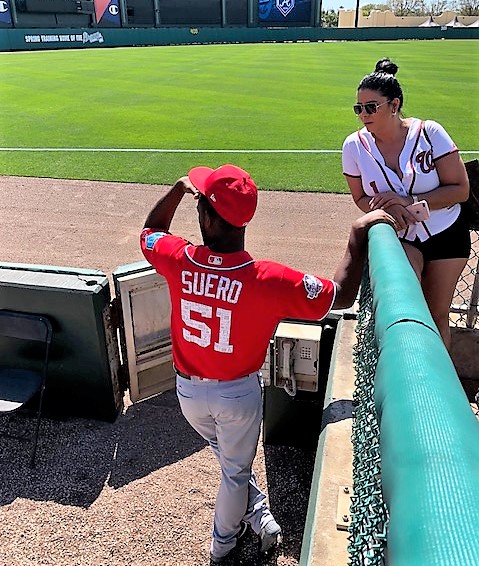 Who and what do we believe inside Washington Nationals summer camp? Six days ago, we read a Tweet from Jesse Dougherty of the Washington Post that read “Pitchers Wander Suero, Joan Adon and Roenis Elias have not been in workouts yet, Dave Martinez just confirmed. He said that all three received negative test results during in-take screening, but are currently quarantining.” Now, Suero and Elías were both placed on the 10-day IL with no reason given which normally suggests it is COVID related. Why now? Did they just test positive for COVID or did something change from the team perspective to put them on the IL? Did they really test negative at in-take and caught COVID from their contact on that airplane? Again, who and what do we believe?

Suero and Elias were both just placed on the IL with no reason given. Five days ago there was this tweet below ⤵️ Was that information accurate or did something change? https://t.co/qlkbxKC9hl

Besides Suero and Elías, there are at least five Washington Nationals players on the big league roster in self-isolation on the COVID-19 protocol.  Those five players are Fernando Abad, Luis Garcia, Howie Kendrick, Victor Robles, and Juan Soto. There are 42-players assigned to big league camp at Nationals Park, and 17-players at the Alternate Training Site in Fredericksburg, Virginia.

“I can’t say anything about [Suero and Elias],” Nats manager Dave Martinez said. “It’s all based on protocol now. We have to wait and see. Hopefully, we get them back here fairly soon. That’s all I can tell you. Hopefully sooner than later.”

Our sources are telling us that there should be some players allowed to return from the team mandated self-isolation “soon” and that was the word given to these players who are chomping at the bit to get back with their teammates and out of what some feel is home detention in their rental units and like a punishment.

One player through a source was told miércoles (Wednesday) and if you read Britt Ghiroli’s article yesterday, the delay to return the non-COVID players has more to do with D.C. worker rules on COVID than the MLB rules. D.C. is following the strict quarantine CDC suggestion of 14-days for close contact. But normal workers don’t have the opportunity to test daily or every other day like MLB players do when the MLB COVID testing is working properly.

Fourteen days of self-isolation might not return these players until this weekend since we do not know exactly when they were placed in self-isolation. We have been told that the Nationals have been trying to get a waiver from the D.C. Government for the players who have multiple negative COVID tests.

“I’ll let our training staff, MLB and the [D.C. Government] determine what’s going on,” Nats manager Dave Martinez said over the weekend. “I’ve got to worry about the guys that are here right now and get these guys ready. Hopefully, those guys will be here soon.”

That was the first clue that the D.C. Government and Mayor Bowser were involved in the delay here. The Nats received an initial go-ahead to even practice at Nationals Park because the group was well over 50 when you counted the players, coaches, and clubhouse staff.

One suggestion to circumvent the situation is to take the other players down to the Fredericksburg “Alternate Training Site” to work-out where Virginia rules would allow for the players to “work”. To reiterate my other suggestion, why not allow these self-isolated players to enter through the visitor’s locker room in Nats Park and spread out and practice when the other players are not there. What is the risk?

“We’ve got two young guys, really young guys so I’m hoping those guys have been working out these last few months, and it won’t take them that long,” Martinez said. “The biggest thing is getting those guys at-bats. Hopefully we can get them back here soon so they can take some BP and even get them in a game in a DH role, just to get them some swings against live pitching.”

“The other one, we’ve got to be careful with [Kendrick]. We’ll see where he’s at, as well. But you’re talking about three guys that are big pieces to our lineup. We need them, and hopefully we can get them back as soon as possible.”

Otherwise, tick tock on this unless the Nats get the waiver it will be a few more days. Miércoles es mañana.