The amateur draft begins shortly with a new format and much less money in the pool! 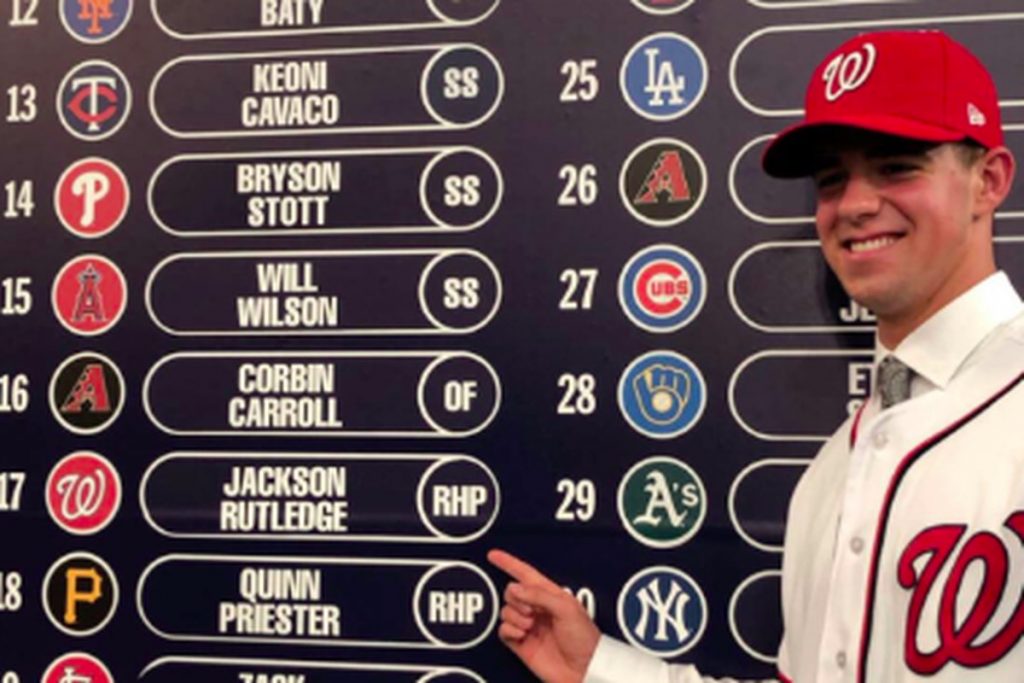 While there is no agreement between MLB and the player’s union to “Play Ball”, we have a baseball event playing out “live” in the form of the amateur baseball draft. Very much like the NFL Draft during the COVID-19 crisis, MLB’s amateur draft will be a social distancing event with no players shaking hands with commissioner although there will be cameras set-up at draftees homes and other venues. The 2020 MLB Draft presented by T-Mobile will begin on Wednesday at 7 p.m. ET and will be live on both MLB Network and ESPN to reach a larger audience, and fans will see this two-day event covering picks 1-37 for all 29 first round picks since the Houston Astros pick was forfeited plus eight picks for small market teams who pick up extra picks in Competitive Balance Round A.

Keep in mind this draft is a condensed event this year with only five rounds and a total of 160 total picks in this 2020 Draft. The money will be limited also. High school and college amateurs who were draft eligible will see many of their hopes and dreams altered due to the new rules from the revised 2020 draft, and the deadline to sign drafted players has been moved from July 10th to August 1st.

ESPN’s Jeff Passan and Kiley McDaniel  reported that Major League Baseball revised the number of rounds to five in total from the usual 40 rounds, and much of the payments for signing bonuses will be deferred. As JJ Cooper of Baseball America noted, last year the MLB draft had 1,217 players in total selected versus only 160 players this year based on the 150 picks over five rounds plus ten comp picks (for example a QO draft comp pick for Anthony Rendon) and any supplemental picks.

MLB Draft experts Jim Callis and Jonathan Mayo will be providing analysis along the way. MLB.com will have coverage throughout the Draft on Draft Central and via the interactive Draft Tracker, which includes a searchable database of Draft-eligible players. For bios, scouting reports and more on the top players in the 2020 Draft class, check out MLB Pipeline’s Top 200 Draft prospects.

Who will the Washington Nationals choose? Most feel it will be Cole Wilcox who is a right-handed hard throwing starting pitcher from the University of Georgia’s strong SEC conference.  The Nats pick at  No. 22 in the first round and the Nats selected Wilcox once already in the 37th round of the 2018 Draft. He opted for college and in this shortened season as a sophomore, Wilcox was 3-0 in four starts with a 1.57 ERA, a 0.87 WHIP and just two walks in 23 innings and that earned him a selection as a NCAA Baseball Second Team All-American.

The Nats have been linked to other RHPs like J.T. Ginn (Mississippi State),  Clayton Beeter (Texas Tech) and Slade Cecconi (Miami) in other mock drafts. There of course are back stories on each of these pitchers including injury histories like TJ history with both Ginn and Beeter. The Nats and Wilcox have that tie-in from the 2018 draft and he will most likely be the Nats selection unless he is signed by another team before pick 22 comes up. There have been other names tied to the Nats like Justin Foscue who is a second baseman from Mississippi State. If there are any surprises like Patrick Bailey who is a catcher at NC State dropping to pick 22 we could see general manager Mike Rizzo go BPA (best player available).

Clearly the Nats have had some success in picks in the back of the first round of the draft or maybe more so other teams have reaped some of the Nats late first round picks via trades like Lucas Giolito and Dane Dunning who went with Reynaldo Lopez in the Adam Eaton trade and there was of course Alex Meyer in the Denard Span trade, and more recently Brian Goodwin for reliever Jacob Condra-Bogan.

“It’s never easy to let go of your prospects,”  Rizzo said. “You feel like a proud daddy when they get to the big leagues.”

In the past, Rizzo has used first round picks as currency in trades, and the Nats still hope to reap rewards with a small stockpile of those who are left like Jackson Rutledge, Mason Denaburg, Seth Romero, Carter Kieboom, and Erick Fedde. Those are some familiar names to Nats fans for sure. Who will Rizzo add to this list?