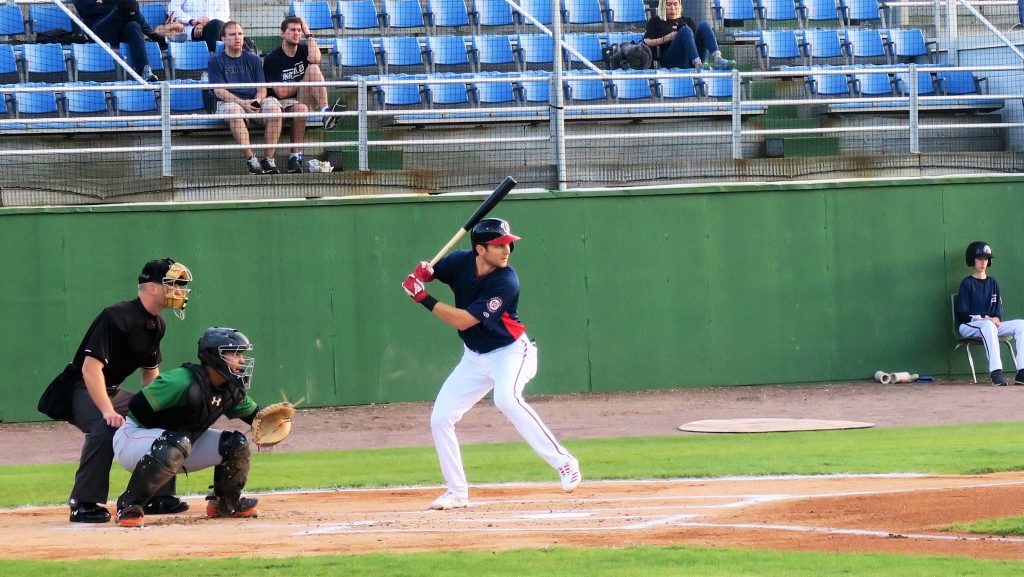 Trea Turner returned from his rehab assignment; Photo by Sol Tucker for TalkNats

Click here to watch Nats win #19 on MASN via MLB.TV at 6:30 pm tonight with the rest of us. Just a quick reminder of what we are doing if this is your first time: As a group, we are going to be re-watching all 105 wins from the Nats 2019 season in chronological order at 6:30 pm each night. We will all try to sync up to the same point in the game, and this is a work in progress to maneuver to the same point in the game. Feel free to ask in the comments section where everyone is in the game so you can sync up. Many people are joining in at different points, and most people are not commenting — rather just following along.

The Nationals entered this game on May 18th of 2019 at eight games below .500 in this second game of the series against the Chicago Cubs. It was a battle of aces of Stephen Strasburg and Jon Lester. This was the second game off of the IL for Trea Turner who returned from two broken fingers or did he? As it turns out, Turner’s fingers never healed properly and he played the entire season with only eight healthy fingers.

The night before this game was another case of  the bullpen melting down as the combined for a season’s high with 5 home runs surrendered and 11 runs. They did not get the gem they wanted by Max Scherzer, and they did not get the early offense they had received in their two previous wins. The Nationals played this game on the national FOX broadcast.

The Nationals played this one without Victor Robles and Justin Miller headed to the 10-day IL with rotator cuff soreness.