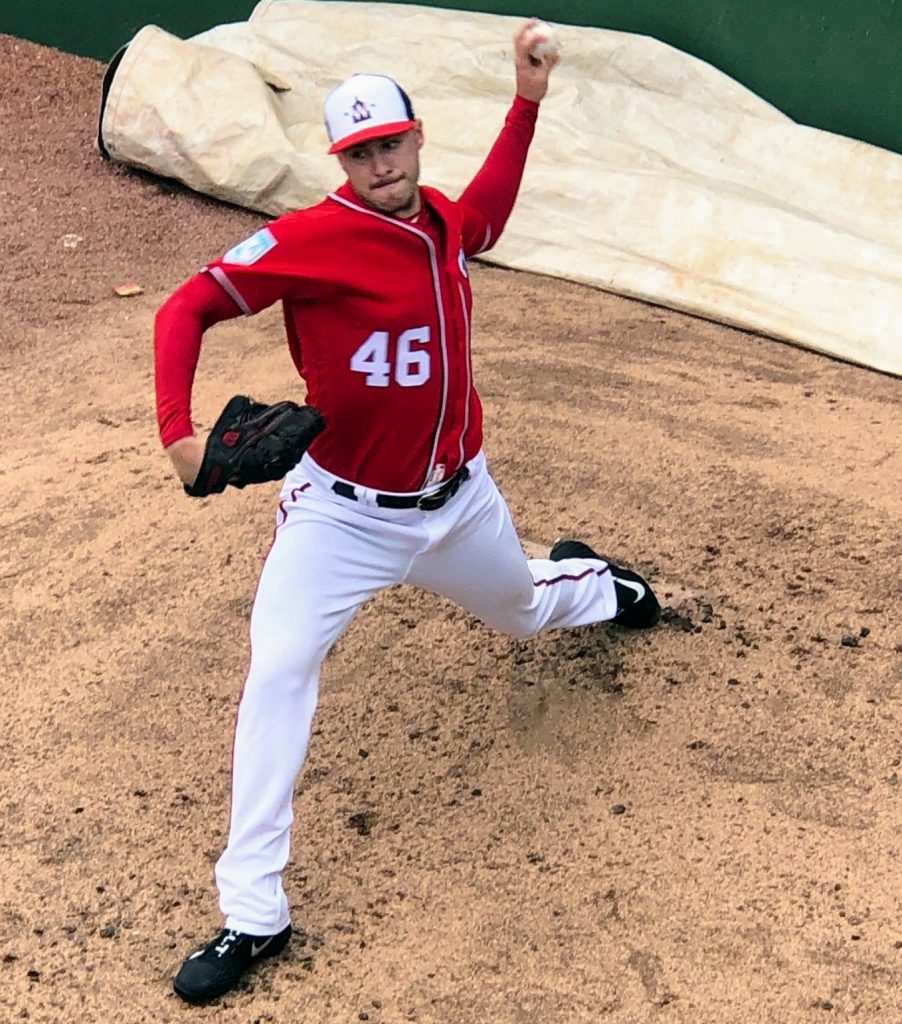 When a team has already lost all of their games in a series, the final game in that series is known as a salvage game. That is the case today for the Washington Nationals after they have dropped the first two games in this three game series. The Nationals will pin their hopes on the left arm of Patrick Corbin, and the bats that emerge from his dugout. This is Corbin’s Nationals debut after he signed the largest pitcher’s free agent deal of the off-season at 6 years for $140 million.

The Mets will pitch the right-handed Zack Wheeler who Mets manager Mickey Callaway is now seeding as the Mets #3 pitcher. We will see how Callaway sets his lineup against the lefty Corbin.

On the Nats side, we will see what Dave Martinez does with his lineup today as it will be released shortly. The team did score 4-runs yesterday against starter Noah Syndergaard, and then they added on 4 more against reliever Seth Lugo who was pitching on fumes.

The chart above shows the Nats offense against Zack Wheeler in his career, but keep in mind that Wheeler had a breakout season in 2018, and maybe the way to look at today’s lineup should be based on last year (3.31 ERA) instead of what happened in 2013-2017.

If you are waking up to rain in your area, the Capital Weather Gang believes the rain should leave the area by first pitch; however, it will be cold with some wind.

Nationals vs. Mets weather forecast: Some sun, but cooler and breezy https://t.co/4PvcixLzWg

“I think the boys are doing well. They’re playing well,” Martinez said. “I like the way the boys came back. I see some good things.”

Manager Dave Martinez has tried to stay optimistic, but he has also been critical of some players as he spoke in his postgame about Trevor Rosenthal‘s not commanding his pitches and some of the mistakes of the 21-year-old Victor Robles. The question is always whether we see these players make adjustments.

Here is the link for the new TalkNats podcast: