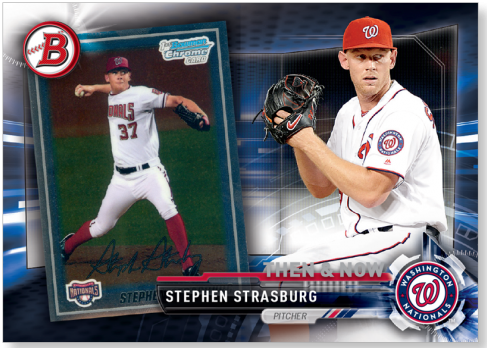 How did you feel about the Washington Nationals ten years ago? The team assembling for Spring Training in Viera, Florida was coming off of a 59-103 season. We got our first glimpse of Stephen Strasburg who was in camp, and we all knew that if Bryce Harper qualified for the draft as a seventeen year old phenom, he would be the Nats choice in the 2010 draft with the No. 1 pick. The key free agent signing that offseason was on January 6th when closer Matt Capps was signed and quickly traded for Wilson Ramos months later.  A year earlier general manager Jim Bowden resigned after Smiley-gate, and Mike Rizzo took the helm. He had already traded Ryan Langerhans for Mike Morse during the 2009 season, and you could see the makings for the 2012 roster coming together. Hope springs eternal.

From a tweet this morning (thank you Christo), I was time warped back to 2010 when NatsInsider debuted and so many of us met for the first time. To real baseball people, there had to be optimism if you could see the big picture shaping up. Maybe one of the greatest 24 hours in Nats history was Harper drafted on June 7th and less than 24 hours later Strasburg would make his electrified MLB debut at Nationals Park and pitched to battery mate and future Hall of Famer Ivan Rodriguez.

Hindsight is a key, and I would want to know what Mike Rizzo would have done differently besides using Drew Storen‘s draft spot to sign Mike Trout. During the 2010 season, there were decisions to retain Adam Dunn and Josh Willingham for the full season instead of trading them at the trade deadline. Keeping Dunn ended up yielding two additional first round picks in draft compensation that turned into Alex Meyer and Brian Goodwin. Later, Meyer turned into Denard Span, but Josh Willingham was eventually traded for Henry Rodriguez who had no minor league options and soon we learned about Rizzo’s obsession with “high velo”. HenRod was a bust and part of the problem in the years of poor bullpen construction. In hindsight, Rizzo would probably agree that his inability to build good bullpens in the offseason cost him dearly in terms of trading away top prospects to build better bullpens for Dusty Baker in 2016 and 2017.

Building a team has finite boundaries. One decision usually impacts another. While perfection is only achieved in fantasy, ten years after Strasburg’s draft year, the Washington Nationals won the World Series. The growing pains were worth it would seem.

Some of those decisions come to a dead end, but some are on lines of divine destiny that have come forward like the decision to draft Ryan Zimmerman in 2005 has reached its sweet-16 year, and then you have the trade after the 2005 season to acquire Alfonso Soriano. When he signed with the Cubs after the 2006 season, the Nats draft compensation for him turned into Jordan Zimmermann who turned into draft compensation to choose Carter Kieboom in 2016. It is the gift that keeps on giving.

The history of this team is fascinating if you are into team building and roster construction. Just like the players on a team, some of us met in a place and time where we learned from each other. There was a great cast of characters with colorful names like NatsJack, NatsLady, Natsfan1a, MicheleS, RayVil, sjm308, DonH, Sec222, JD, Peric and so many others. Remember the days when the only place to gather was back on WaPo where and you would see Powerboater69 and Sec3MySofa. While the fans sites have changed over the years and there are few survivors, the one constant is the team.

For the newest rumor, there is supposedly a Super Bowl game hours away. After today, it really will feel more like the start of baseball season, and we are 10 days from the official start of Spring Training and the offseason ends and the preseason starts.