Zim isn’t ready to be cast for his statue just yet…. 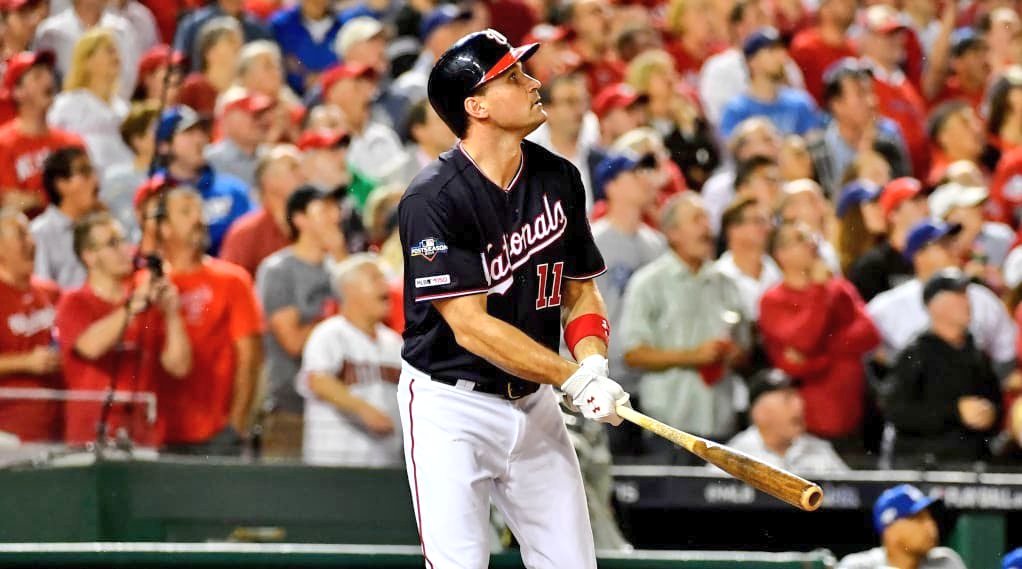 When you’re a free agent, you can do some of those things you always wanted to do like spending a day as a fighter pilot. For 15 years, Ryan Zimmerman never engaged in dangerous activities because that would have violated the terms of his player’s contract if he suited up on the ice for the Washington Capitals like he did recently. Zim is the original Face of the Franchise, and he earned it as a star player, leader, philanthropist, and family man. He is now a World Series champion who could have gone out on top, but he still believes he has game left in his body that has been riddled by multiple injuries. He will return for his sixteenth season.

Zim will be 36 this year, and we learned today on The Tommy Show that he and his wife Heather are expecting their third child, a son. After the season, Zim made it clear that he was either going to play for the Washington Nationals or retire to play golf. Fortunately for Zim, general manager Mike Rizzo saved a spot for him and his one-year contract with the Nationals became official on Tuesday.

“I don’t think there was ever really any doubt,” Zimmerman said about returning to the only team he has ever called home. “They obviously had some more pressing issues to sum up at the beginning of the offseason, so we kind of knew we weren’t going to start up a conversation or dialogue until those things were taken care of. The familiarity we have made that easier, to be able to sit back and not have to worry about anything. But once we really started talking, I went and met with Riz, and from there, it really only took maybe 10 days or two weeks.”

Zimmerman hopes this will be a sweet sixteen season with the team from the nation’s capital. He always wanted to deliver a championship to D.C. and he did.

“It’s not about money anymore,” he said. “It’s about playing another year and being with this group of guys and being part of a really good team again. That’s exciting. We have a chance to do something special again.”

Repeating a championship they say is one of the hardest accomplishments in sports. Winning the first one is in the books. Zim’s teammates wanted it as much for Zim and owner Ted Lerner as they wanted it for themselves. This was a very unselfish 2019 team. Most of the players are returning for 2020 so you can understand why Zim wanted to return and put off working on his golf game.

“I think the chance to win is great, but also the group of guys, and the character that we have, how much fun it was last year with knowing the core group is coming back made it a lot easier,” Zimmerman said. “And just the fact that I don’t think I’m ready to stop playing yet. I love getting ready in the offseason. I love putting the time in now to prepare myself for the seven-month season. I think once that starts to dissipate a little bit, I’ll have to really reconsider.”

Reconsider nothing. Play for the love of the game, your team and your fans. Get yourself ready to be cast in bronze for your statue to be erected one day at Nats Park. Zim persevered and showed that heart of a champion and will always be a D.C. sports legend.

The bounces finally went the Nats way. Hitting a sprinkler head and hitting the foul pole were the difference between winning and losing — timing is everything as to when you get that lucky BABIP, lucky bounces, and the right calls.

And the good guys came out on top this time, and they won with a team integrity showing up with this group of guys who graced this final roster in 2019.

“I think it’s completely wrong, and when you start messing with the integrity of the game in any aspect,” Zimmerman said of the recent cheating scandals. “It’s the greatest sin that you can do.”

On the first homestand, Zim will watch the World Series banner raised, and he will receive his World Series ring with his teammates. He might even shed a tear or two.