Winterfest eve as the World Champs are back in D.C.

This year’s Winterfest at Nationals Park is sold-out on Saturday, and it will feel more like Springfest as temperatures in Washington, D.C. will feel like early April. So Play Ball! The World Champion Washington Nationals are back in town! This is a celebration, and for fans, they will get to see their team up close and personal. The Nats won the World Series on the road where most fans could only watch on their televisions, and the parade for most of the crowd was a distant view.

These events are always full of chatter and some years Mike Rizzo will give the early crowd of season ticket holders some inside info. Each year, the fans wonder who will show up from the current roster. Will any of the new players show up like Starlin Castro, Eric Thames and Will Harris? What about Daniel Hudson whose deal still is not official. There are also alumni scheduled for the event. Could Jayson Werth show up? What about Ryan Zimmerman? Will Mike Rizzo announce that Zim will be back in 2020?

The event is geared towards the kids, but there are plenty of great things for the big kid in all of us. The Nats will have a trophy station set up, and Budweiser will have a World Series replica trophy photo op beyond leftfield. For the lucky few, there will be autograph sessions, and photo ops with players if you don’t mind waiting in long lines. 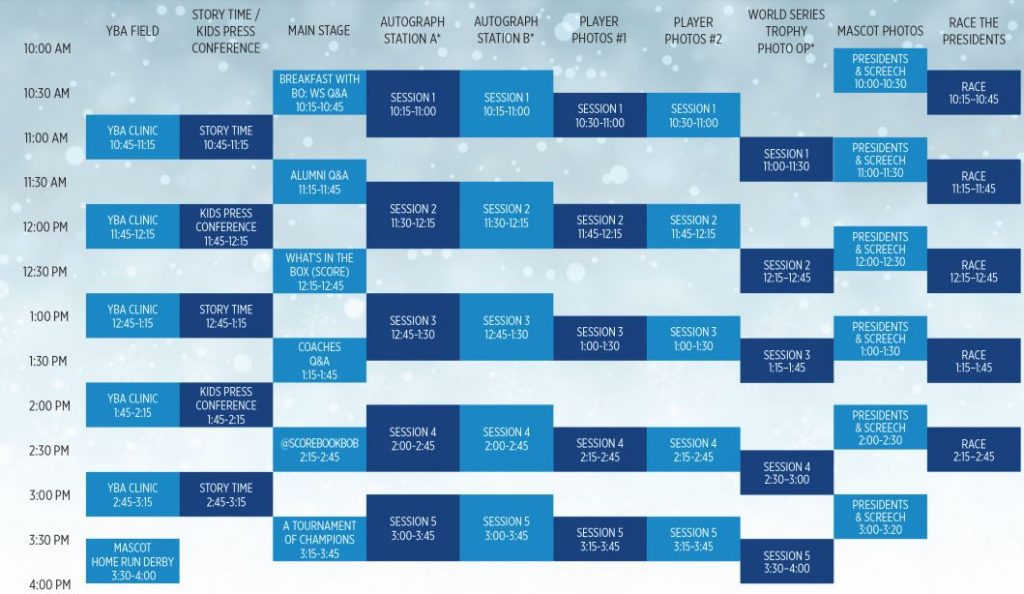 Take pictures and upload them and share your stories, and most of all, have fun!