The math says the Mets, Nats, Braves, Phillies, Marlins are the current pole positions in the NL East 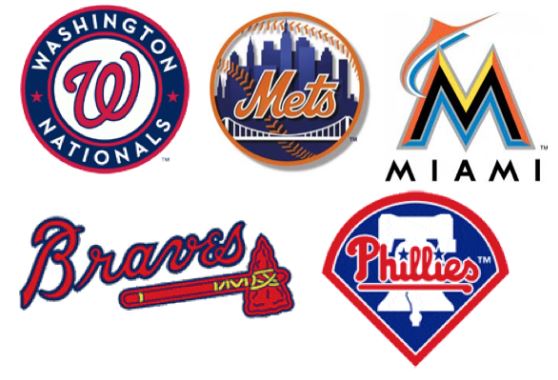 All of the NL East teams have made key moves in this offseason, and the Mets currently have the highest team WAR in the NL East at 43.9 according to Fangraphs. The Nats are at a 41.0 WAR followed by the Braves  who are at 40.0 with the Phillies (36.1) in fourth and the Marlins (20.4) lagging far behind in their normal fifth spot. The issue with the Nats and Braves is that they both lost key players to free agency and have not replaced their collective WAR — yet.  The Mets just signed Dellin Betances to their bullpen where they have a projected 5.0 WAR bullpen compared to the Nats at 3.0. It is widely expected that the Nats will add a few more players to their roster, and you can expect those WAR numbers to change before Spring Training camp opens in just 47 days.

Given general manager Mike Rizzo’s stated goal each season of reaching a pre-season projection of 90-wins, Rizzo will need to add 4-6 WAR approximately to get to that number, and one player could add the bulk of that WAR like Josh Donaldson who is a consensus 4.6 WAR on Fangraphs projections. In addition, Rizzo can do some addition by subtraction by adding a good backup first baseman because Fangraphs has Jake Noll, Adrian Sanchez, and Ian Sagdal all backing up Kendrick for a collective war of a -0.7. Even Matt Adams would be addition by subtraction as he is a +0.2 WAR and that would give the Nats a gain of +0.9 WAR or they could add Asdrubal Cabrera who the projection services really like at a +1.6 WAR which is much better than Eric Thames, Adams, Ryan Zimmerman, and Mitch Moreland. Adding Cabrera of +1.6 and removing the -0.7 WAR adds a net of +2.3 WAR.

There are several ways that Rizzo could go with adding and subtracting from the current roster. Of course the trade routes could still work, and while the Nats have been named in rumors for Kris Bryant — it would cost the Nats some top prospects to pull off a trade. The most intriguing trade that we discussed is taking a change-of-scenery player like Kyle Seager who just does not hit well in Seattle.

Another choice which is not the way Rizzo wants to go is to shift top prospect Carter Kieboom to third base and fill in that position through free agency with someone like Cabrera who put up positive defensive metrics last season or look to some reclamation players like Scooter Gennett or Yolmer Sanchez or bring back Brian Dozier with Cabrera to platoon.

These are the tough decisions that the Nats braintrust has to make along with a couple of tweaks to the bullpen where World Series hero Daniel Hudson could add to the current bullpen configuration.