Days of Rest – Why Only for Pitchers? Could the Howie system work for Zim? 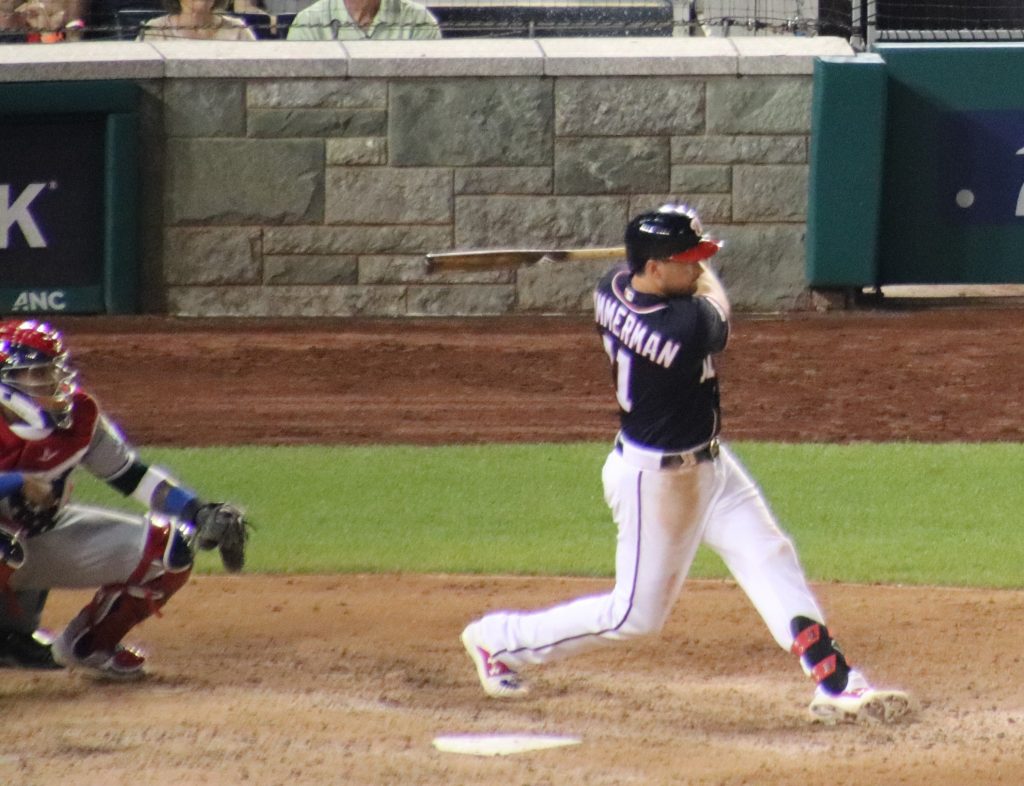 Baseball analytics cover most anything you want to analyze including days-of-rest statistics if you can crunch the numbers yourself for position players. If you go to the Baseball-Reference and look at the splits for pitchers, you see their numbers broken down by the number of days of rest. But that split is not there for position players. Presumably because they are expected to play every day. With the expertise of Don Henderson’s data mining, he discovered a pattern with Ryan Zimmerman that was never really discussed like the more noticeable plan manager Dave Martinez used for Howie Kendrick who was returning from an achilles injury.

We know there was a plan in place to try not to play Howie Kendrick on consecutive days, and it paid dividends as Kendrick compiled some impressive numbers in small sample sizes and besides a hammy injury on a questionable “send” home, he stayed healthy. And in clutch spots, Mr. Kendrick was a hero in the postseason! But this goes more to the viability of doing the same with Zimmerman who would benefit from a similar plan. So Don downloaded Ryan’s game log data from Baseball-Reference and crunched the numbers and lo and behold, quoting myself in my email reply to the results he sent me:

Based on 0 days versus 1 day those are unreal. Did that carry through the postseason?

Here are those numbers that blew me away that with one day of rest, Zim was killing it like an All-Star for the regular season and the postseason:

The row 6+ is a composite of all the games with 6 or more Days of Rest (Opening Day, return from two DL stints, first game after the All Star Game, WS Game 1).

And it is not just the BA and OPS numbers that are mind-blowing, it is also the number of multi-hit games. And to answer my question about whether this carried into the postseason (which has more planned days off), we see these results:

Again, the contrast between 1 day’s rest and none (or even the total) is dramatic.

Hopefully the Nationals analytic folks noticed this same pattern. That would certainly explain why the Nationals have said bringing Ryan back “could” happen, and it probably should happen. Having Ryan play every other day, alternating with Howie (and hopefully Asdrubal Cabrera) seems to be as good an idea, if not better, as the pairing of Yan Gomes and Kurt Suzuki. Facing lefties especially is the time to even look at Howie at second base and Zim at first base.

And yes, this is not much data, but what are you going to do. But it is all the data we have., and it makes sense that an aging player plays better when rested.

My thought has been to add complementary pieces to the infield at second base and first base with Carter Kieboom and Howie Kendrick having some positional flexibility. Some veteran presence with the ability to bat lefty could come from Eric Thames, Mitch Moreland, or the flexible Asdrubal Cabrera who is a switch-hitting player who could fit in at multiple positions in the infield including first and second base much like Kendrick.

Do you feel better about 1B next year if we have Howie and Ryan slotted to share 1B with a lefty who could take some reps too? This all goes to the sum of the parts theory. The Nats by the way were fifth last year in first base production. They put together one of their best seasons at the first base position, and it could be a good time to try to replicate that especially with a 26-man roster for 2020.