Who’s on third? #Nats still have big decisions to make!

The Washington Nationals struck quickly on the first full day of the Winter Meetings in San Diego, re-signing World Series MVP Stephen Strasburg to return their all-world rotation from 2019.

Strasburg didn’t come cheap. He’ll make $35 million per year (although adjusted for deferrals, his average annual value is closer to $32.7 million) for the next seven years, taking him into age 38 with the only major league team he’s ever known. According to TalkNats’ own calculations, that places the Nats about $38.5 million shy of the competitive balance tax threshold. And while the Nats haven’t confirmed they won’t exceed that $208 million limit, indications are they’ll try to stay under it, perhaps even by several million dollars to give them in-season flexibility.

The obvious question is now: What do the Nats do at third base?

As just about every fan of the world champion Nats knows, Strasburg was one of two superstars who departed via free agency after the Nats won the World Series. The other happens to leave a vacancy at the hot corner that the team will be challenged to fill.

So who might Nats fans see at third base this season? Let’s round them up. 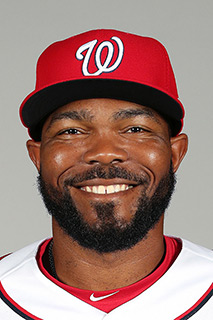 Age: 36
Contract: One year, $6.25 million
Fun fact: He hit both the go-ahead home run in Game 5 of the National League Division Series and Game 7 of the World Series in 2019, the first player in major league history ever to do so in the same postseason 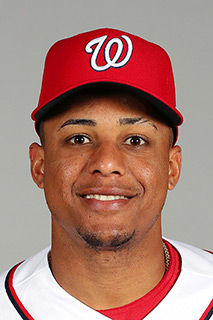 Age: 27
Contract: One year, $1 million
Fun fact: Appearing as a pinch-hitter, he made the last out of the Nationals’ 2016 campaign, swinging and missing at a breaking ball in the dirt from Clayton Kershaw in Game 5 of the NLDS 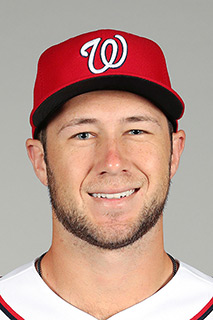 Age: 22
Contract: Pre-arbitration, two minor league options remaining
Fun fact: He was the Nationals’ top pick in the 2016 draft, taken 28th overall, and joined his older brother Spencer in the organization upon signing

Kendrick could get some starts at third base, but it seems unlikely that will be his primary position, and it’s possible the Nats will restrict him to the right side of the infield only as he heads into his age-37 season. With his light bat, if Difo even makes the Opening Day roster, he’ll very likely only spell the starter at third base on occasion or fill in if there’s an injury. There’s uncertainty as to how likely Kieboom is to make the Opening Day roster, but especially with his very limited experience at third base, with ugly results at the Triple-A level, it seems like a stretch to pencil him in as the Nats’ starting third baseman in 2020.

There doesn’t seem to be a clear internal candidate for the job at this point, although it’s possible that between these three players, the Nats could choose to set their sights lower in looking for an “everyday” starter, with the expectation being they will share time with some combination of Kendrick, Difo, and/or Kieboom during the season. 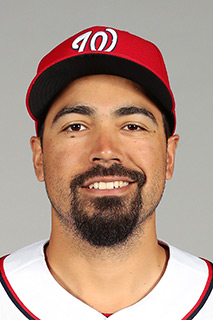 Age: 29
Contract: N/A, but rumored to be seeking a deal richer than Nolan Arenado‘s eight-year, $260 million contract extension with the Colorado Rockies
Fun fact: The sixth overall draft pick in 2011, he has spent his entire career to date with the Nationals, toggling between second and third base until settling into the latter position full-time starting in 2016 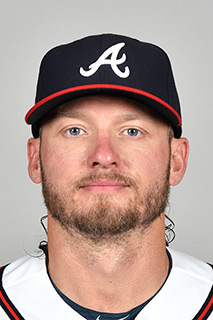 Age: 34
Contract: N/A, but rumored to be likely to receive a four-year deal that could approach or possibly exceed $100 million
Fun fact: In his first season with the Toronto Blue Jays after being traded from the Oakland Athletics, he won the American League MVP in 2015, then placed fourth in MVP voting the following year 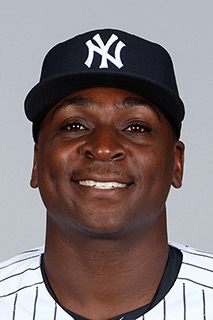 Age: 30
Contract: N/A, but rumored to be considering both multiyear and one-year deals
Fun fact: He and his Team Netherlands teammates were knighted after winning the Baseball World Cup in 2011, and he has gone by “Sir Didi Gregorius” since then 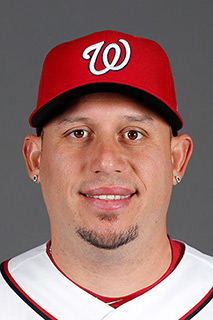 Age: 34
Contract: N/A
Fun fact: He’s only of only 15 players in major league history to have turned an unassisted triple play, accomplishing the feat on May 12, 2008, while playing second base for the Cleveland Indians

Age: 29
Contract: N/A, non-tendered by the Milwaukee Brewers
Fun fact: He was given the colorful nickname “Mayor of Ding Dong City” by a beat reporter during his time with the Boston Red Sox

It’s unkind to cry poor on behalf of the Nats, considering the world champs have been one of the most free-spending franchises of the decade, only barely squeaking in below the CBT threshold in 2019. That being said, Strasburg’s signing squeezes the budget just enough to make another mega-deal this winter seem ill-advised if not implausible.

Rendon would clearly be the best player to take third base for the Nats in 2020, if money weren’t an object. Donaldson would clearly be the second-best option, again, if money weren’t an object. It is possible the Nats say “damn the torpedoes” and throw the rest of their money at Rendon or Donaldson. In that case, they would likely have to be content to fill out the rest of their holes in-house or with low-risk minor league signings.

Beyond that, the other options are unorthodox at best. Gregorius and Cabrera aren’t third basemen by trade and seem more likely to sign as middle infielders, wherever they may end up. Shaw is a rebound candidate, but after his inexplicably horrendous 2019 season, he’d be a big gamble, especially stepping into the gigantic shoes of Anthony Rendon. Gregorius is likely to land a starting job somewhere, but Cabrera or Shaw could fit on the bench in Washington or elsewhere. In other words, if the Nats sign one of them, expect them to keep looking around as long as they have money left over. 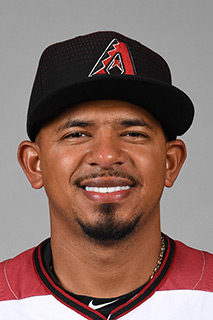 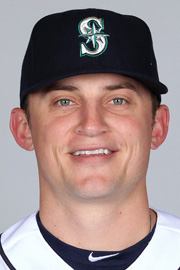 Age: 32
Contract: Seven years, $100 million (two years remaining) plus a $15 million club option that could vest up to $20 million
Fun fact: Corey Seager‘s older brother, he was an All-Star in 2014, the year before Corey debuted in the major leagues; since then, Corey has been an All-Star twice and Kyle has yet to repeat 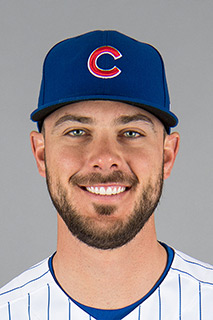 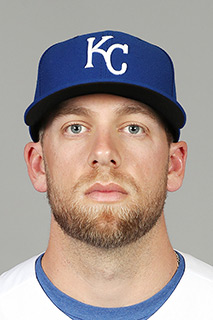 Age: 28
Contract: Pre-arbitration, team control through 2023
Fun fact: He was drafted eighth overall by the Kansas City Royals in 2013, and no, as far as anyone can tell, he does not appear to be related to Brian Dozier 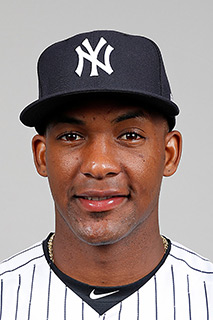 Age: 24
Contract: Pre-arbitration, team control through 2023
Fun fact: As a rookie in 2018, he broke the Yankees’ all-time record for most doubles by a rookie, which had been set by Joe DiMaggio

The trade market looks somewhat promising, but none of the options on offer represent an ideal fit. In terms of plausibility, the top tier clearly looks like Escobar from Arizona and Seager from Seattle. Bryant could be an option as well, but he’s likely out of the Nats’ price range, considering the depleted state of the Washington farm system. Dozier and Andujar are difficult to properly value, and it’s not clear that the Nats have anything that could tempt Kansas City or New York to trade, nor is it clear that they would be sound investments.

If the Nats fill their third base need via trade, realistically, the choice is between getting a very good player by giving up a package that would likely include Kieboom and/or fellow top infield prospect Luis Garcia, or getting a fairly good player for a significantly lighter package by taking on more salary. That tends to be the way things go with the trade market.

This entry was posted in Feature, FreeAgents, Kendrick, Roster. Bookmark the permalink.
← Previous Article | Next Article →