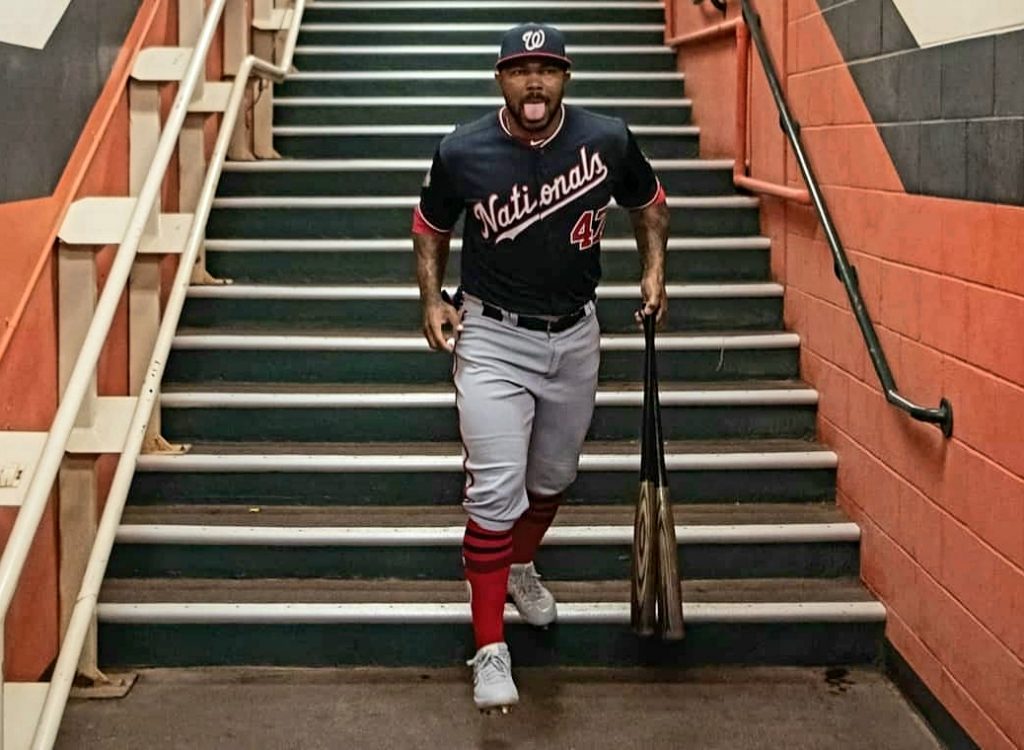 Manager Dave Martinez‘s lineup card is the same as their first two wins in Houston with Kurt Suzuki at catcher, but he was scratched at just after 5pm and Yan Gomes will take his place. Asdrubal Cabrera will be at second base, and he has the best stats against Houston’s starter righty Zack Greinke.  Howie Kendrick will be the designated hitter again in this game. The Nats will start Game 1 starter Max Scherzer who just received a cortisone shot in his neck on Sunday and was scratched from that start. It feels like a sports miracle as Max could not even dress himself on Sunday due to the pain.

“The good news is [Scherzer] was not on the first bus,” pitching coach Paul Menhart said. “Because if he was on the first bus, probably meant he would have needed some extra love. He’s not here yet and that’s a good sign. … As far as I know he’s a go.”

With Scherzer as a go, it all comes down to can Max pitch the best game of his baseball life? If he can, we know what the final outcome will be.  The Nats just need to follow their manager’s lead as Dave Martinez always asserts, “Just go 1-0 today.”  That has been the simple formula for these Nats for months.

“[Scherzer] had a good night sleep,” said general manager Mike Rizzo. “That is part of his pre-pitch routine. Just saw him today. He’s marching around the clubhouse and feels good about himself.”

Rizzo talked about winning this game for Ted Lerner as well as his 90-year-old father who is on his staff.

Rizzo talked about how he likes to sit close to the dugout where he can see his manager Dave Martinez.

“I like being up close and personal,” Rizzo said. “I like being behind the dugout so I can interact with Davey and just give him head winks and stuff like that. It’s better for me to be closer to the field than farther away.”

This is an all hands on deck game as is expected in the final game of the baseball year. Both teams have had spectacular seasons to get to the World Series. The winner takes all. 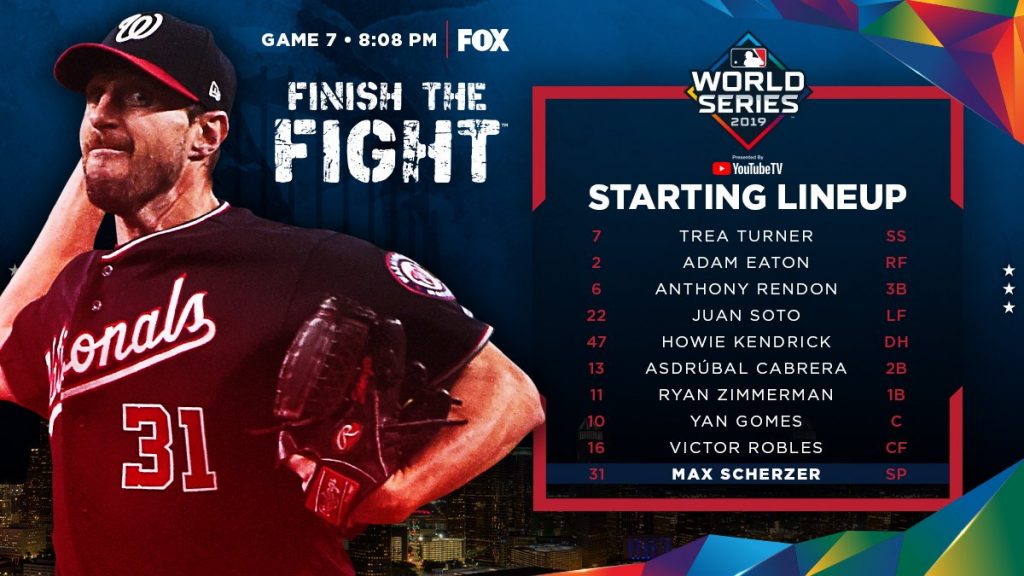