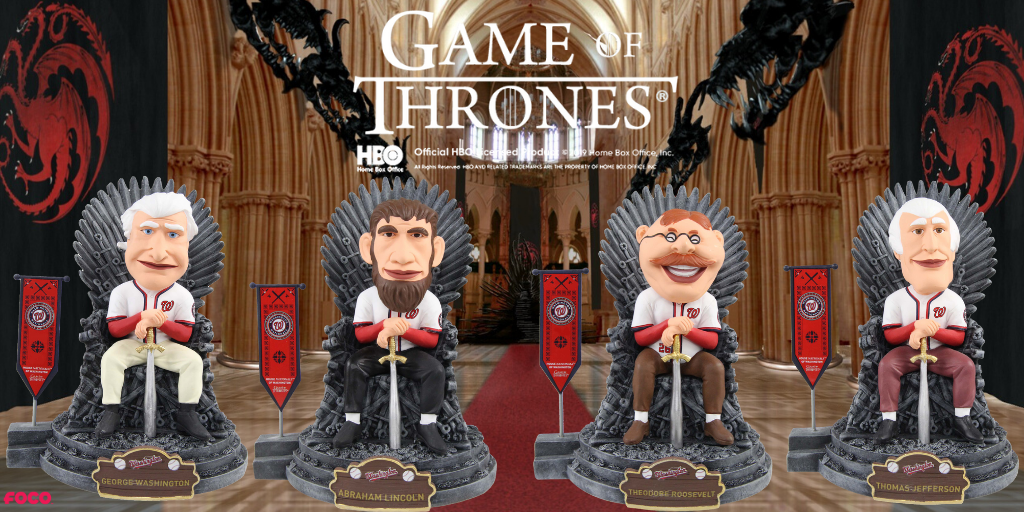 The National Bobblehead Hall of Fame and Museum just unveiled officially licensed, limited edition bobbleheads of the Washington Nationals Racing Presidents on the Iron Thone and you have to order these while you can! These are must-have bobbleheads, and each one is individually numbered to only 500, so you must act quickly. The timing is perfect, as the bobbleheads just arrived as the Nationals look to win the team’s first World Series title and sit atop MLB’s throne.

All four of the Nationals Racing Presidents are included in the series, and you can order them at this link or the individual links below:

** Order your Racing President Iron Throne Bobbleheads at this link **