The Nats are World Series bound with a sweep of the Cardinals! 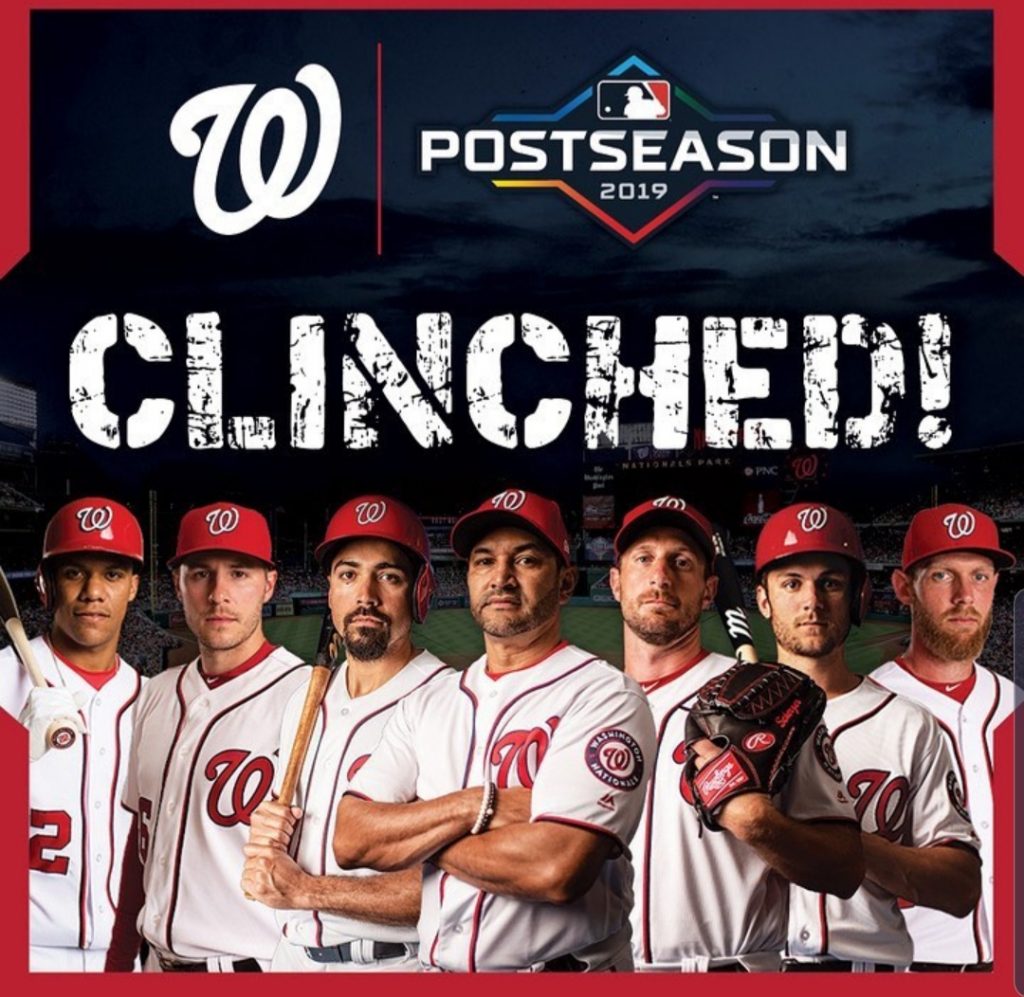 In the Wild Card era, there have only been seven teams now who have swept an LCS (league championship series). The Atlanta Braves were the first to do it 1995, and you know what they did that year in the World Series. The Nats did it today with a 7-4 win to sweep the Cardinals.

With this win, the Nats are on a 16-2 run since mid-September and are one of 7 teams to have never trailed in a postseason series. These games are never easy as the Nats scored seven in the first inning then held on to those runs to win by a final score of 7-4. At one point in the 8th inning the Cardinals had bases loaded, and they never scored off of the Nats bullpen in this game. A player named Hudson (Dakota) took the loss in the game and a player named Hudson (Daniel) got the save, and that name game has never been done before in postseason history.

The Nats are the 13th Wild  Card  team to advance to a World Series, and they did all of this from a 19-31 start to the season. The Nats are only one of four teams to be at 12 game below .500 to reach the World Series. 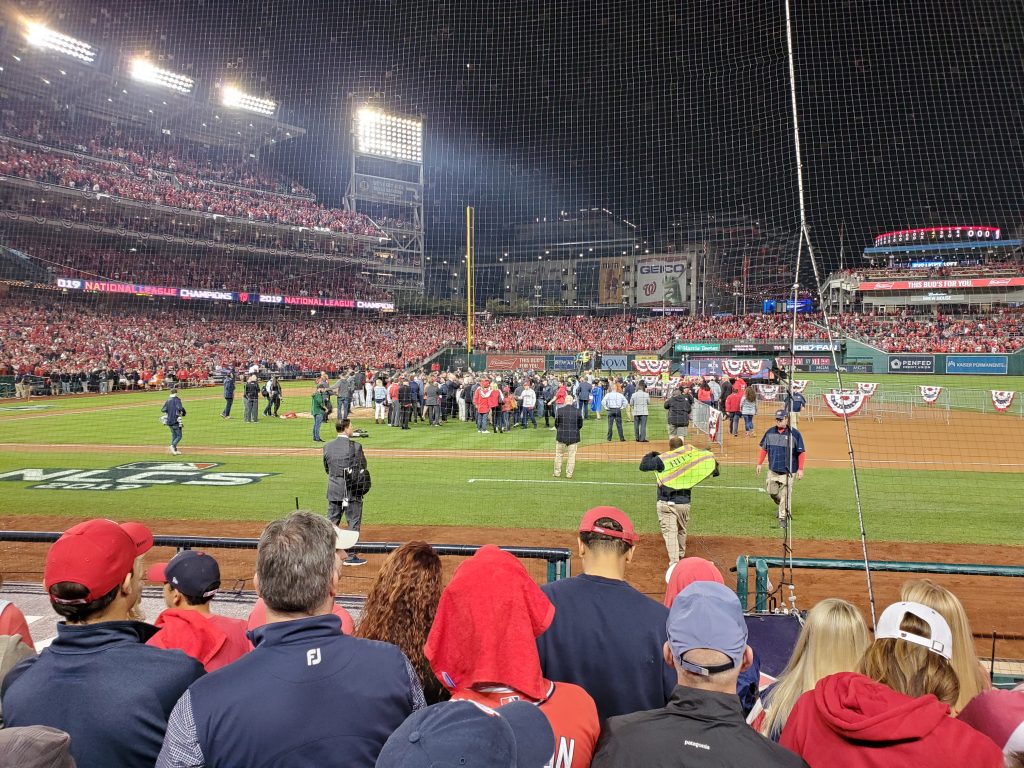 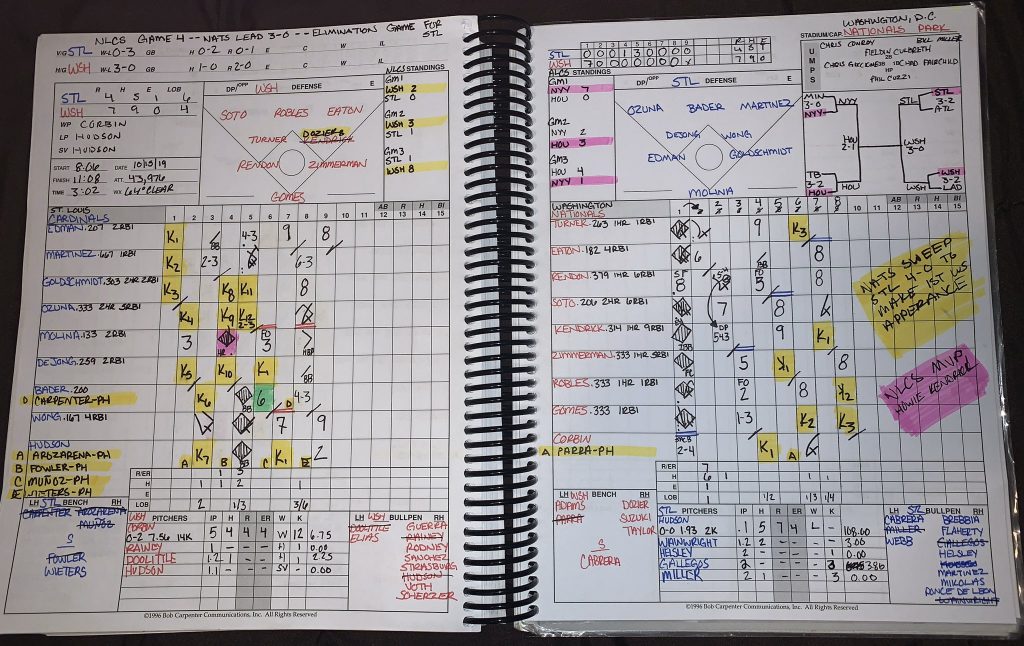 And the LCS Game 4 scorebook courtesy of Joshua Gold 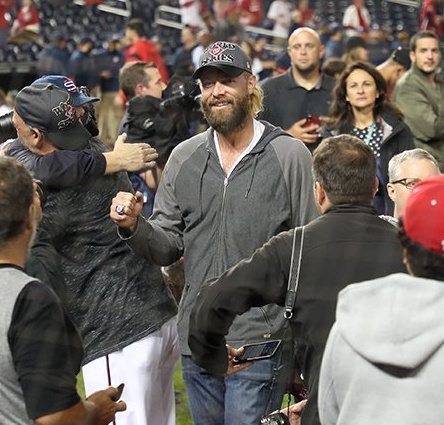 Jayson Werth was on the field and in the clubhouse celebrating; Photo by Sol Tucker for TalkNats