Game #3 NLCS The heavyweight matchup of Flaherty vs. Strasburg; Robles is back! 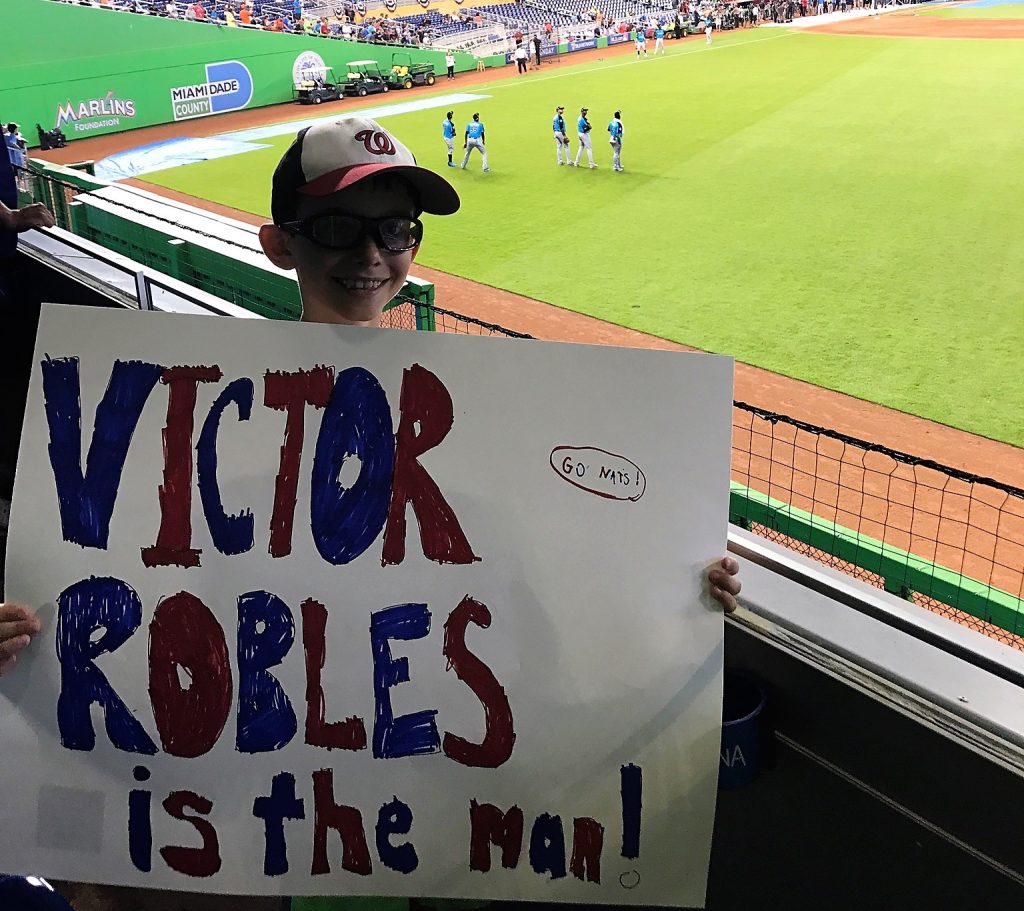 Since the NLDS games were decided on Wednesday, we have known that this game would matchup two of the hottest NL pitchers in Stephen Strasburg and the righty Jack Flaherty. Tonight of course is the first home game in the Nats history for an NLCS game. Back in the lineup for the Washington Nationals is centerfielder Victor Robles. Moves like adding Robles back when Michael Taylor had done well offensively is the type of move that could work great or backfire. We will see how Nats manager Dave Martinez does on that move while also playing Ryan Zimmerman against a tough righty. On the other side, Cardinals manager Mike Shildt just downgraded his overall defense to add Jose Martinez to his lineup, but he kept the struggling part of the top of his lineup the same and much to the dismay of Cardinals fans. Nats fans can commiserate with their lineup experiences from the 2017 NLDS.

So far in the postseason, Stras has appeared in 3 games and has a 2-0 with a 2.40 ERA in 15.0 innings with 1 walk and 21 strikeouts for an impressive statline. Stras got the win in relief in the Wild Card game and in Game 2 of the NLDS and the team won Game 5 of the NLDS that he started.

Gates open today at 5:00 pm. The Nats will be handing out red towels with the retro logo we saw in Spring Training with the capitol. The ceremonial first pitch tonight will be thrown by Parker Staples a pediatric cancer patient, and guess what, Parker threw out the first pitch on May 24th when the Nats season started the turnaround. Michael Buffer is announcing the Game 3 lineups, and then DC Washington will sing the National Anthem. Buffer will stand on top of the dugout and yell ‘Play Ball’. First pitch by starter Stephen Strasburg is at 7:38 pm tonight.

Tomorrow, and much to the delight of Washington Mystics fans who saw that team win the WNBA title this week, some of the team will be in attendance after they return from appearances in New York today. Gates open tomorrow at 5:30 pm and the first pitch will go to Elena Delle Donne who was the MVP of the Mystics. The National Anthem will be performed by the U.S. Army Old Guard Fife and Drum Corps, and Mayor Muriel Bowser will get to yell ‘Play Ball’. First pitch by starter Patrick Corbin is at 8:08 pm for Game 4. 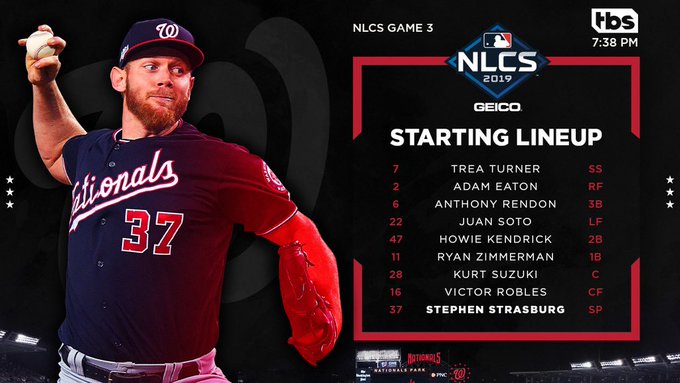