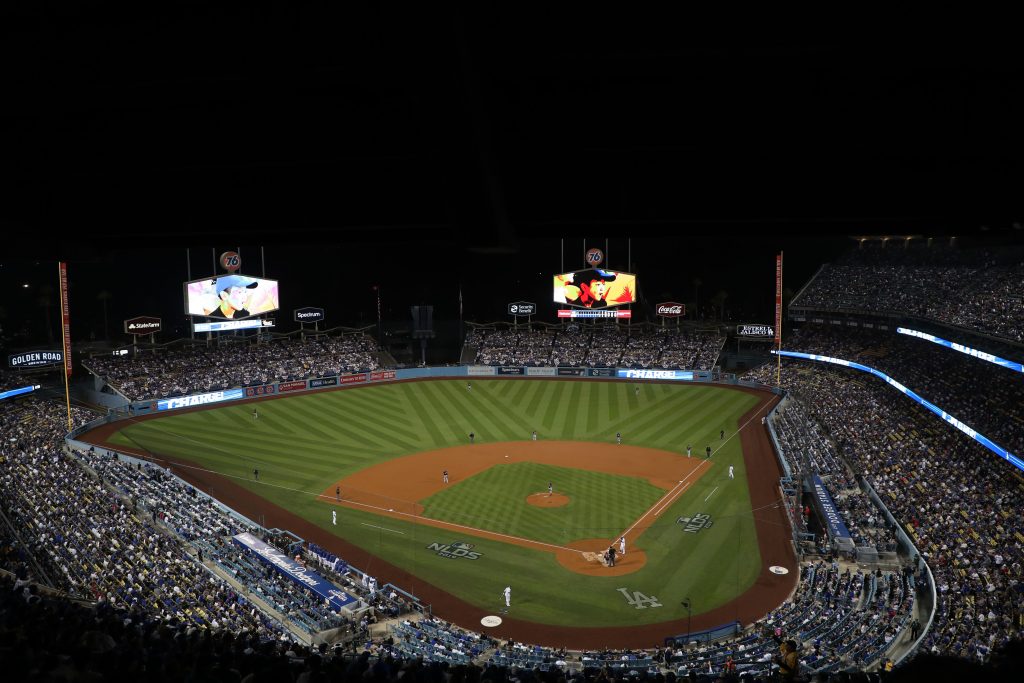 Strasburg gets the K in Game 2; Photo by Sol Tucker for TalkNats

All Washington Nationals fans know the numbers that the four previous times this team has been to the postseason, the Nats exited in the NLDS with disappointment. There are few common threads from those previous teams to this team so why push a connection or a narrative. This team is totally unique to their predecessors, and as Nats manager Dave Martinez says so simply — just go 1-0 today.

This is the first time the Nats will play a Game 5 away from Washington, D.C. because they had always had home field advantage. This time they got their ticket punched to the postseason via the Wild Card. This also is the first time that both Stephen Strasburg and Max Scherzer have wins in the same postseason.

This will be Stephen Strasburg’s third appearance in this postseason, and he won the Wild Card as a reliever — and he beat the Dodgers in Game 2 on Friday night on the same mound in Los Angeles. In total so far this postseason, Strasburg’s combined stats are 9.0 innings, 5 hits, one run, zero walks, and 14 strikeouts with a .167 BAA ( batting average against) and an incredible .391 OPSA (on-base-plus-slugging percentage against).

In five career postseason appearances, Strasburg has a .192 average and .451 OPS against, with a legendary 0.64 ERA and 38 strikeout in 28.0 innings. His legend was etched in the books in Game 4 of the 2017 NLDS when he was very sick, and he somehow found the strength to get on the mound and beat the Cubs in an elimination game in a hostile environment in Chicago and Stras delivered a 7.0 inning shutout with a final score of 5-0. He has been here before, and he pitches better on the road in these games.

“To have another opportunity to move [forward in the postseason], you appreciate it a lot more — especially when you played a little bit longer — you start to realize how hard it is to get there,” Strasburg said. “All you can really do is just give it everything you have.”

Both teams have a mix of youngsters and veterans, and the veteran Strasburg will face the youngster righty Walker Buehler who the Dodgers have tabbed for this game over Clayton Kershaw. Yes, you have to expect Kershaw to come out of the bullpen, and that begs the question, will Max Scherzer pitch tonight? Scherzer just pitched two days ago, and admitted he was gassed, but what if he wakes up and feels great?

In these types of games, every player has to be ready to go. One player who we have barely seen is Gerardo Parra. He has just two pinch-hit appearances in this series. Parra was the player in May with the grand slam winner in L.A., and he has some meaty stats in his career against Dodgers’ pitching. When the Nats were finishing the season, Parra was en fuego going 8-12 (.667), but he has only seen those two at-bats in the postseason. Who will step up for the Nats today, and what will the starting line-up look like?

Baseball history will have more to write about with today’s game. The Nationals want to be on the other side of that history from their previous early exits. The time is now to change that script. 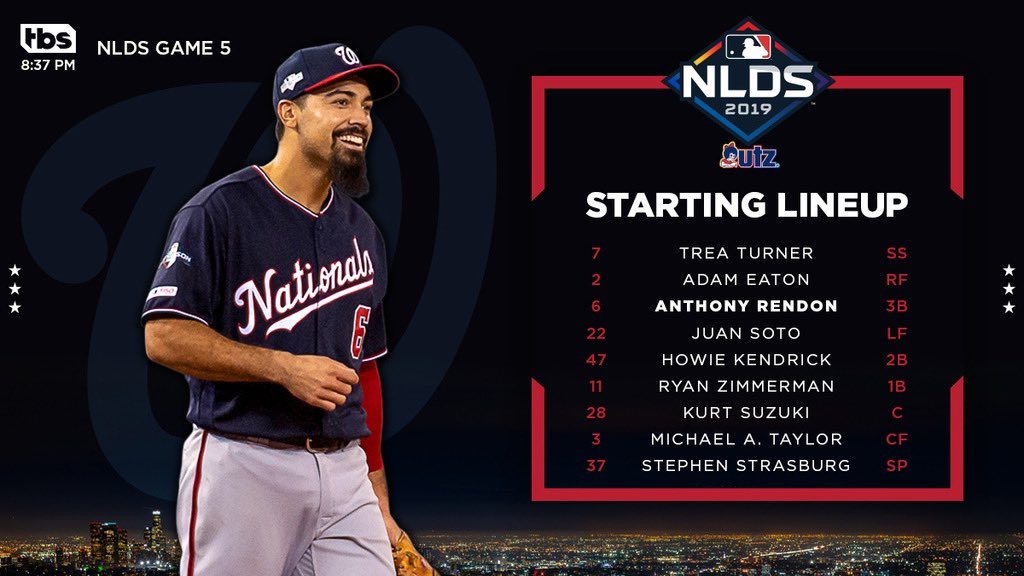