The postseason picture has more clarity with 20-games remaining! 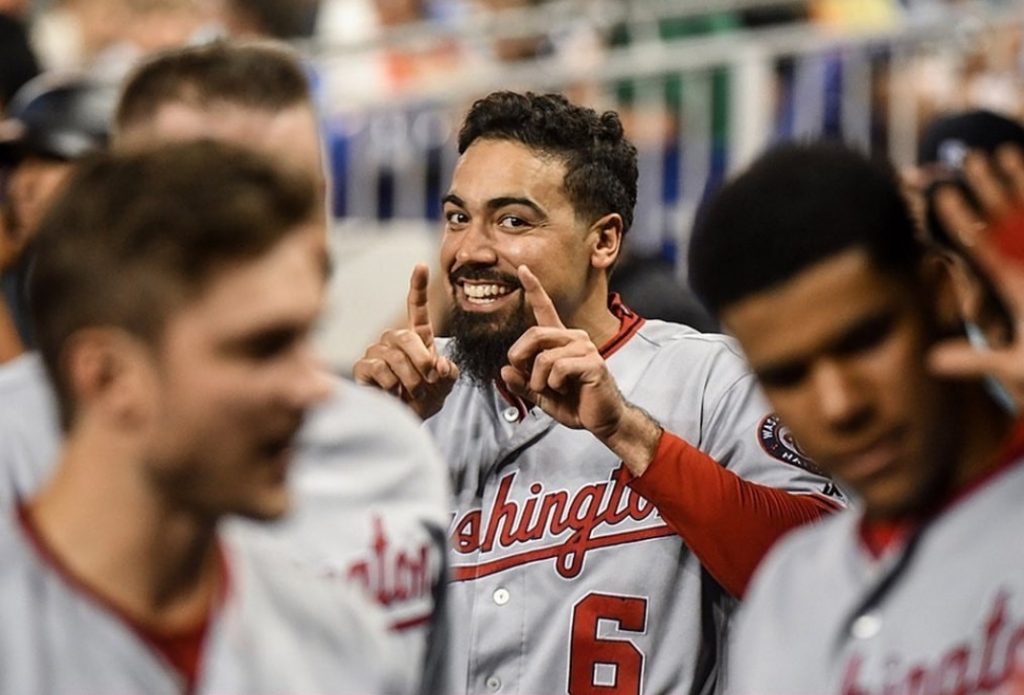 With 20-games remaining on the regular season schedule, the Nationals postseason picture is almost certainly focused on the first Wild Card spot as any chance of winning the NL East disappeared this weekend with a 1-3 showing in Atlanta. The Washington Nationals going into today’s day-off with a 79-63 record. This is what some fans forget — the Nationals control their own destiny. The Nationals have to take the approach of, “You win and you’re in” and it is just that simple. Keep winning, and everything will take care of itself.

While there is no team that has mathematically clinched a playoff spot, the Los Angeles Dodgers and the Atlanta Braves are almost virtual locks. The Dodgers have a magic number of two, and the Braves magic number is eleven. The NL Central appears to be the Cardinals unless they have a meltdown as they have a 4½ game lead over the Cubs.

The Nats still have to face the two best teams in the AL Central in interleague plus the the leader in the NL Central, and three more games against the Braves, and five games against the Phillies in a four day series (includes a doubleheader).

Here are the remaining teams the Nationals face in the final 20 games of this regular season with the number of games played next to the team name:

What seems reasonable in a three or five game series? Fangraphs computers today believe the Nationals have a 96.3% chance of making the postseason, and 0.5% to win the division, and 5.4% to win the World Series, and they project the Nats to still win 91 games by going 12-8 the rest of the way. Strength of schedule is of course considered using a weighted opponent winning percentage (WWP), and that is a reason why the Milwaukee Brewers have the third highest percentage chance right now to take a Wild Card spot as they have the easiest WWP of the legitimate contenders,  but they also must make up a 2.0 game deficit behind the Cubs.

The Nationals have to get their team healthy, and while Adam Eaton returned to the starting lineup this weekend, Kurt Suzuki went to the doctor’s office to have an MRI which revealed elbow inflammation. Recently, Suzuki went three days in a row on Tuesday, Wednesday, and Thursday, and the Wednesday game was a day game after a night game. This is a catcher who turns 36 years old in less than a month. When the rotation was set-up with Max Scherzer to Anibal Sanchez to Stephen Strasburg, it also set Suzuki to catch three games in a row because the Nats have gone to what is known as “personal catchers.”  That did not seem to be a smart plan just like pushing Nats starters to season’s highs in pitches thrown in games like we saw with Strasburg and Sanchez recently. Strasburg just set a season high of 115 pitches on Thursday, and he leads the NL in innings pitched and pitches thrown. Sanchez just had one of his worst starts of the season giving up 7 earned runs.

With an extra day’s rest, we will see how these starters look through their next turns in the rotation. Yan Gomes will take on an increased share of the catcher’s duties. Gomes is the superior catcher defensively in terms of mechanics, and maybe having him work with some of the other starting pitchers is a blessing in disguise. Gomes just guided Scherzer through a 1-run start which is the best Scherzer has looked in the second half of the season.

At a time when the Nationals are trying to piece together wins, they also have to go easier on their players. Trea Turner got a half game off yesterday only because he was ejected by homeplate umpire Mike Estabrook. That is the most time off that Turner has had since he returned from the 10-day IL on May 17th with 98 consecutive games started. Anthony Rendon is dealing with a similar workload and very little time off.

The other issue that the Nationals have to deal with is their primary left-handed first baseman, Matt Adams, is in a deep slump. Since August 20th, Adams is batting .054 going 2-37 with a single and a double and two walks. In addition, Gerardo Parra has been in a slump since August 13th batting .070 going 3-43 with two singles and a double and four walks.

Would it not make sense to have Brian Dozier at second base, and get the hot hitting Asdrubal Cabrera some more starts at first base? The switch-hitting Cabrera could certainly get his at-bats there while Dozier gives the team their best defense when he is at second base.

Another issue with the Roenis Elias injury is that the Nats only have one lefty in the bullpen and that us Sean Doolittle. With Hunter Strickland’s struggles to get lefties out, the Nats have relied on Wander Suero and might have to get über creative and utilize Patrick Corbin out of the bullpen in some key games to get some tough lefties out and use Doolittle in more matchup roles against lefties and Strickland in more of a ROOGY role.

With the September expanded rosters, manager Dave Martinez must get wins and at the same time avoid overusing players. For the rest of the regular season, the ultimate goal is clinching a postseason spot, and then everything will turn to winning postseason games. Yes, baseball is a balancing act, and Martinez has to be smart about it. Missing details like the overuse of Kurt Suzuki is one of the problems that Nationals teams have had for a long time where better planning and foresight could have avoided many of the issues. Now it is time to prepare for the final six series of the season. 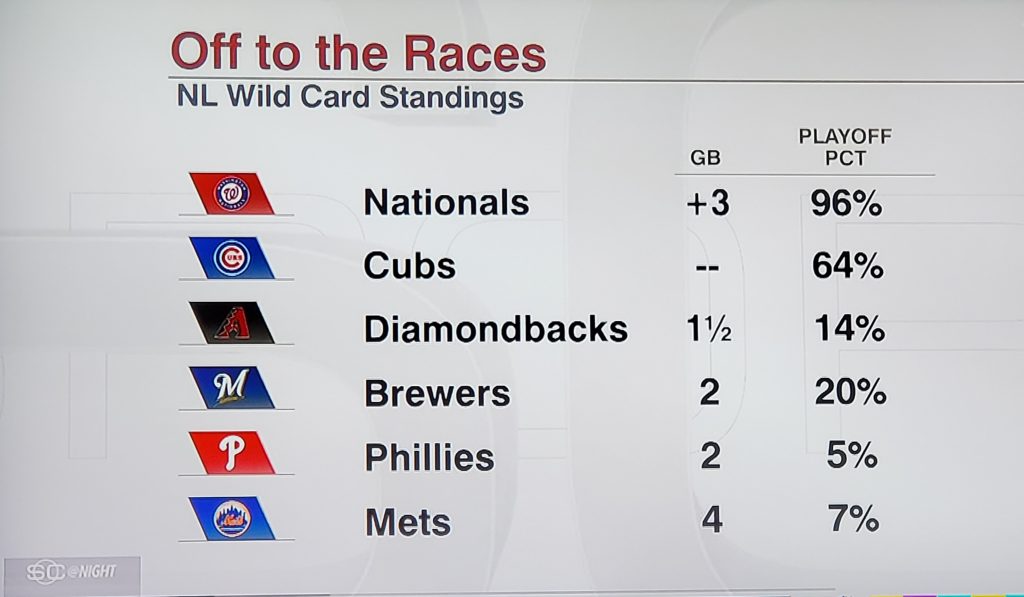 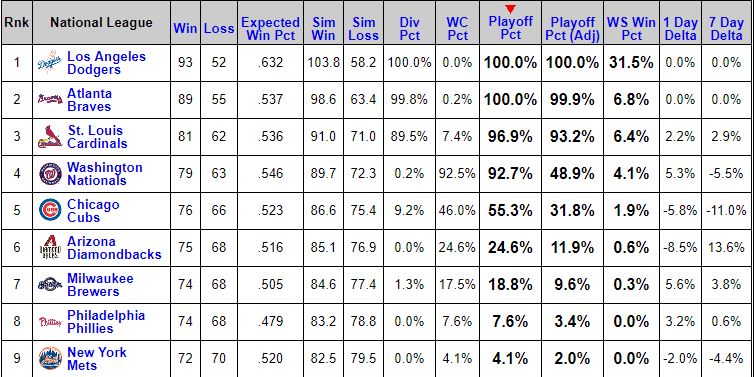