Nats sweep the Marlins to take care of business! 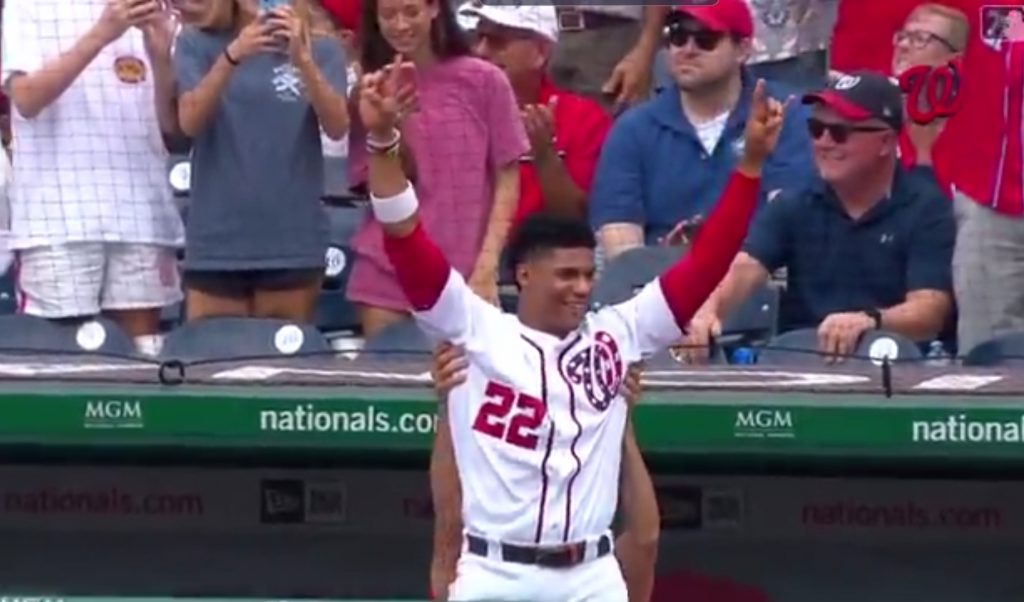 Juan Soto in “The Circle Of Life”

The Nats got four perfect innings from Patrick Corbin before he sputtered in the 5th inning, but he found his groove and went 6.0 innings to notch the win. The Nats runs came mostly from hustle and home runs which also saw Anthony Rendon set a new team record of 111 RBIs in a season. Rendon clearly is not done yet. Neither is the 20-year-old Juan Soto who is now at 95 RBIs.

The new guy, Ryan Zimmerman,  hit his first home run today since the Nats dance party was started, and Zim is officially off the schneid.

The Nats final score of 9-3 gave Sean Doolittle a chance to try out his new and improved mechanics.  Even though he got three outs, he gave up hard contact on two flyout and a liner to the outfield.  On this day, BABIP worked for him. Velo was 90.8 to 92.8 mph on his fastball, and he averaged 91.4.

With this sweep, the Nats move on to their next series which will be against the New York Mets for a three game set at Nats Park then the team has a four game series against the Braves starting on Thursday in Atlanta. This win today put the Nats at a season’s high 19 games over .500 with this modest four game winning streak. 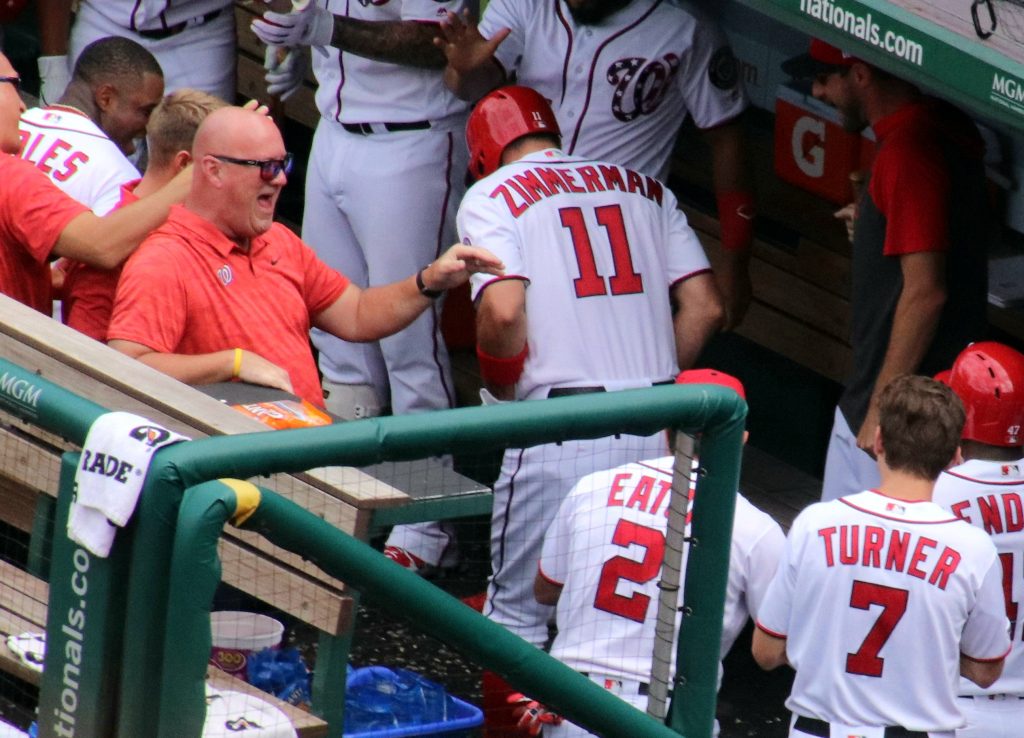